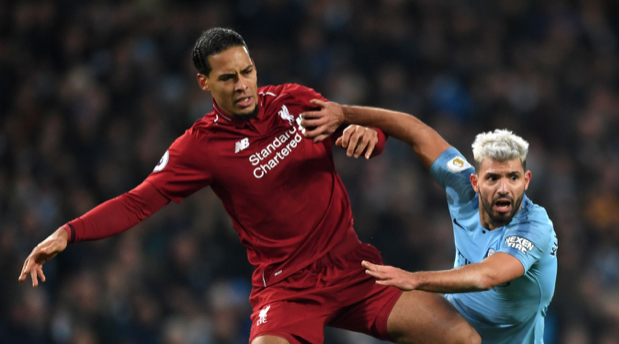 Manchester City and Liverpool established themselves as the class of the English Premier League last season, with Pep Guardiola’s team emerging victorious in England’s top flight.

As the two giants aim to repeat last season’s success, the usual suspects of Arsenal, Chelsea, Manchester United and Tottenham will be looking to crack the group at the top in 2019-20.

Here is a closer look at SBI’s full 2019/20 season preview for the English Premier League:

Player to Watch: All eyes are on Nicolas Pepe, who adds an incredibly talented attacker to the Gunners attack on the wing. In two seasons at Lille, Pepe scored 37 goals in all competitions.

Outlook: Arsenal spent in a big way this summer, and might not be done just yet. Although Man City and Liverpool remain the clear title favorites, the Gunners may have done enough to crack the top four this summer, and will certainly feel the club can contend with London rivals Chelsea and Tottenham.

Player to Watch: Jack Grealish helped guide this club back to the top flight, and he’s unquestionably one of the top young talents in the English Premier League.

Outlook: Villa has undoubtedly followed the Fulham model of a season ago, spending upwards of $175 million thus far during the summer transfer window. With starlet Jack Grealish leading the way in the attack, Villa shouldn’t suffer the same fate as the Fulham squad of a year ago, however, with so many new faces cohesion early on will be vital.

Player to Watch: Danjuma, a former PSV Eindhoven academy product, comes over from Club Brugge in an attempt to provide a spark in the Bournemouth attack.

Outlook: The Cherries have to find a way to shore up their defensive efforts in 2019-20, after allowing 70 goals a season ago — third-most in the EPL.

Player to Watch: Leandro Trossard joins from Belgian side Genk, where he made over 100 appearances for the club. He netted 34 goals in his time at the club, and Brighton will surely need some of that spark up front.

Outlook: Brighton survived by the skin of their teeth last season, narrowing avoiding relegation by two points. With only 35 goals scored in 2018-19, the club has to hope one of its new signings can provide some goals in the final third or else a trip to the EFL Championship could be in the cards.

Player to Watch: Jay Rodriguez is a proven EPL commodity, and gives Burnley a player that knows how to score goals in the top flight.

Outlook: The club lost a number of veteran figures in the squad this summer, but the addition of Rodriguez provides this defensive stalwart with a much-needed attacker.

Player to Watch: Christian Pulisic has shown during preseason that he can certainly fill the Eden Hazard role. Now, he must back it up against the league’s best as the U.S. Men’s National Team star continues to gain more global attention.

Outlook: With the club’s current transfer ban, Chelsea turned to Frank Lampard. So far, things are going just fine with the Blues going young and looking exuberant throughout the summer. Will they contend for the title? Probably not. However, top four doesn’t seem all that crazy for a team that still possesses so much quality in the heart of the midfield.

Player to Watch: It’s been a quiet summer for Palace, however, Jordan Ayew adds some strength and speed up front for the Eagles.

Outlook: Even with Zaha staying put, it will be a tall task for Palace to improve on its 49-point season of 2018-19.

Player to Watch: Moise Kean could prove to be one of the steals of the offseason for any EPL side. The former Juventus product looked brilliant at times last season in Serie A, and at 19 years old, Kean possesses a world of upside.

Outlook: It’s impossible to say this will be the year Everton finally cracks the top four, but they have had themselves a very strong summer with additions. The arrival of Kean could offer the Toffees with one of the top young talents in England.

Player to Watch: Youri Tielemans offers a steady force in the Leicester midfield, and the Belgium international could be the type of player behind Jamie Vardy that helps guide the attack.

Outlook: The loss of Maguire leaves a massive hole in the aging Leicester backline. After finishing mid-table a season ago, the Foxes could slip further this season without any further reinforcements.

Player to Watch: Trent Alexander-Arnold may be a household name already because of his breakout season for the Reds, but the young English right back has all the qualities of becoming one of the world’s best in the position.

Outlook: There’s no reason Jurgen Klopp and Co. won’t be back in the mix for the EPL title this season, especially with Sadio Mane and Roberto Firmino coming off such strong summers with their respective national teams.

Outlook: Pep Guardiola and City aim for another title in 2019-20, and it’s more-than-likely that they’ll accomplish that feat. From back to front, the Citizens are loaded with depth, and the additions of Rodri and Joao Cancelo provide further assistance in two areas that the team needs help.

Player to Watch: Harry Maguire just commanded the biggest transfer fee in the history of the game, so all eyes will be on the defender when he steps foot into Old Trafford.

Outlook: The club’s back line was certainly the biggest concern coming into the offseason, and with Maguire and Wan-Bissaka now present, the Red Devils should be a bit more stable defensively. In order to succeed, Man United will need young players like Marcus Rashford and Jesse Lingard to take the next leap.

Player to Watch: Joelington showed his worth in the Bundesliga with Hoffenheim, and now Newcastle has a legitimate striker to combine with Miguel Almiron and the rest of the attack.

Outlook: This should be an exciting team to watch in 2019-20, after performing well in the second half of last season. A mid-table finish could very well be in the cards, but it remains to be seen whether new manager Steve Bruce will be able to duplicate the success of Rafa Benitez.

Player to Watch: Patrick Roberts struggled through his loan at Girona last season, but the Man City loanee has shown plenty of promise during his England youth national team career. He could prove to be a strong fit on the wing for the Canaries.

Outlook: Like Villa, Norwich has done some good things in the transfer market to attempt to survive more than one season in the top flight. The team’s opening month schedule could be the team’s downfall though, with dates against Liverpool, Man City and Chelsea on the horizon before mid-September.

Player to Watch: Phil Jagielka offers experience defensively for the rising EPL side. After many years at Everton, Jagielka is a strong presence for a team that aims to start off well in their return to the top division.

Outlook: The expectations won’t be great for Sheffield, but breezing through the second half of last season in the EFL Championship, the side proved that they could go on an extended run of good form.

Player to Watch: Danny Ings comes over from Liverpool, and the 27-year-old simply needed a fresh start. After spending last season on loan at Southampton, Ings has familiarity with the group, which is crucial to their success up top.

Outlook: The Saints have have managed to hang on for several years now, and with some of the moves they made this summer they should be able to fend off relegation once again in 2019-20.

Player to Watch: Lo Celso is a skilled and versatile midfielder who should make an immediate impact as a creative spark for the Spurs attack.

Outlook: The upside has been with Spurs for years, and now it’s just reached the point where the club needs to get results at the critical moments in order to shed the criticism of Tottenham’s glaring woes. After reaching the UEFA Champions League final last season, the club cannot afford another season without a trophy, which is why Spurs spent the money to add some attacking reinforcements in Lo Celso and Sessegnon.

Player to Watch: Craig Dawson has lots of experience defensively, and Watford needed the upgrade after allowing 59 goals last season in the EPL.

Outlook: The Hornets finished two points out of the top 10 last season, and with a few defensive upgrades this club will be in the mix to accomplish that feat in 2019-20.

Player to Watch: Sebastien Haller comes over from Frankfurt after a tremendous season alongside Nikola Jovic, who has since moved on to Real Madrid. Haller provides West Ham with a proven goalscorer, having come off a 19-goal season in Germany.

Outlook: The Hammers lost a number of key figures this summer, however, the London side spent wisely on Haller and others. This is a club that can surely contend for a top 10 position.

Player to Watch: Raul Jimenez is a massive signing for a team that already knows what the Mexico international is capable of from his time with the team in 2018-19. His 13 goals proved vital in the club’s qualification for the Europa League.

Outlook: With Europa League soccer on the docket for Wolves, they’ll have their hands full this season. This team has quickly proven though their spending and subsequent results that they are quite capable of handling the pressure.

Who’s your favorite to win the English Premier League this season? Will Manchester City and Liverpool run away once again in this year’s title race? Which clubs will face relegation?