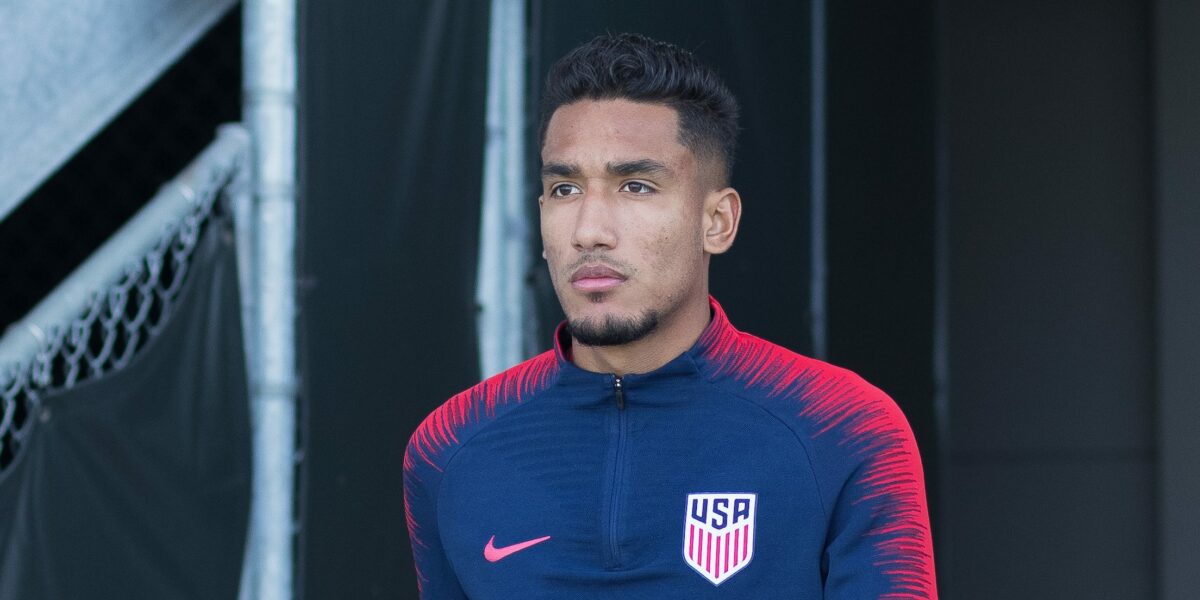 When Jesus Ferreira received his U.S. citizenship in December, it appeared to be the final hurdle to clear before the FC Dallas standouts expected move into the U.S. Men’s National Team setup.

That belief was cemented after his call-up to the USMNT for January camp, but the reality is Ferreira had yet to make his final decision on which national team he would play for when he joined Gregg Berhalter’s squad for this month’s camp.

The final decision has been made now though, with sources telling SBI that Ferreira notified U.S. Soccer on Monday of his final decision to play for the United States rather than Colombia, where he was born.

That decision came on Monday, and it has cleared the way for the filing of the necessary paperwork with FIFA to allow him to represent the United States in official competition. Sources tell SBI the paperwork was submitted on Monday afternoon and is being processed, and the 19-year-old could be cleared to play for the United States in Saturday’s friendly against Costa Rica.

Berhalter tried addressing Ferreira’s situation on Monday morning when asked about it on a conference call, but that exchange took place prior to Ferreira notifying U.S. Soccer of his final decision.

“That’s something we’re working on now and trying to get his details worked out,” Berhalter said. “The final certification is in process or it will be processed. We wanted to get a look at him this camp. He’s done a great job so far and he is another young player with a lot of potential. His availability in this game is (to be determined).”

Ferreira putting his final decision on hold was a change from December, when the son of former FC Dallas standout and MLS MVP David Ferreira sounded very much like a player ready to commit to the United States.

“I’m happy that now I can represent a country,” Ferreira told the FC Dallas team website in December. “For a long time, in my head I was trying to represent Colombia but never go the opportunity to get a call up. But now that I’ve become a U.S. citizen, I’ll get more call ups to the (U.S.) national team and I’m happy because I want to represent a country. I’ve been living here for a while now, so I feel like this is my home.”

By the time Ferreira arrived in January USMNT camp, he had decided to hold off in a final national team decision until after going through the camp.  It is unclear whether his delay on a final decision was a concession made to family members that wanted him to reconsider playing for Colombia, or simply his own desire to experience a USMNT camp before committing to the program.

What is clear is that Ferreira has enjoyed his camp experience, and sources tell SBI he has been one of the camp’s standouts among the team’s newcomers. He has also established a good rapport with Berhalter.

“He’s a great guy. He likes to have a lot of conversations, that’s what I like about Gregg and Luchi (Gonzalez) also,” Ferreira told SBI. “They like to bond with your players. That’s a great thing as a player, to know that your coach cares about you and your personal life.”

The versatile Ferreira has been deployed as a striker in U.S. camp, a camp where Gyasi Zardes is the only other striker. From a stylistic standpoint, Ferreira has enjoyed learning and playing in Berhalter’s 4-3-3 system, which is the same system Ferreira could be a part of in Olympic qualifying.

“He likes playing with a nine that comes in low a lot and helping to build,” Ferreira said. “I like having the ball so we’re a match,  so I’m enjoying the camp so far.”

Ferreira enjoyed his first USMNT camp enough to convince him to commit his international future to U.S. Soccer, a big victory considering Ferreira’s talent and potential.