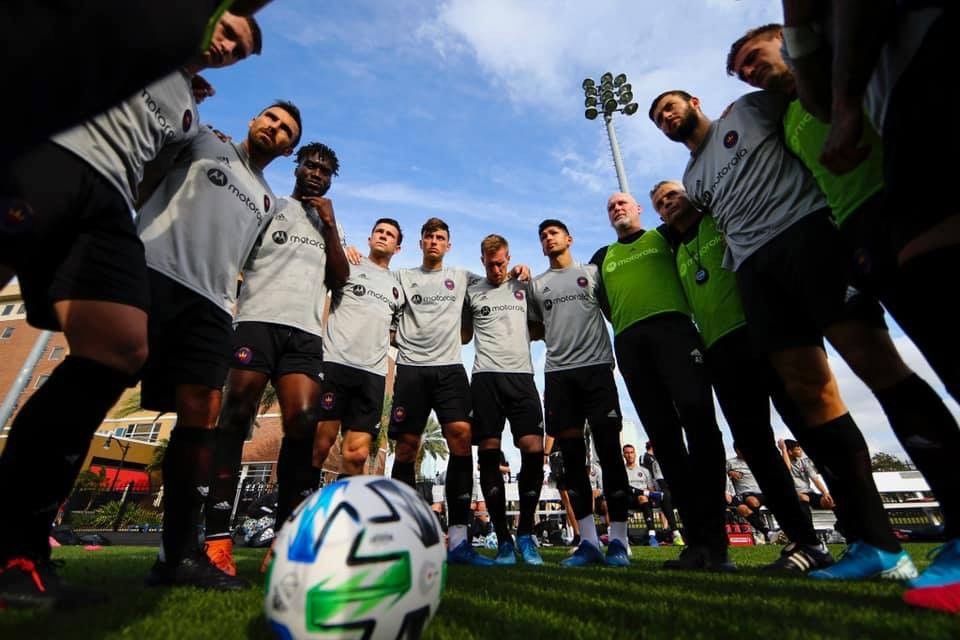 Resting in the home of the U.S. Soccer Federation, the Chicago Fire are making it clear that they hope to break out of the background of not only the league, but the social lexicon of the country’s third-largest sports market.

It’s been a busy offseason for the Fire, who now boast a new name, crest, and venue.

After spending the last 13 seasons in the city’s suburb of Bridgeview, the Fire will return to Soldier Field, the 61,500 capacity stadium on the city’s lakefront in 2020.

Driving all of the change is the team’s new billionaire owner Joe Mansueto, who took the reins back in September and has promised fans a renewed focus in regards to its presence in the city, in addition to fielding a competitive team.

Of course, the stadium isn’t going to fill itself though.

The top-to-bottom revamp didn’t stop at aesthetics. After missing the playoffs in each of the last two seasons under Veljko Paunovic, the club moved in a different direction for 2020 when it brought in Raphael Wicky, a Swiss-born manager who has seen the heights of a UEFA Champions League victory against Manchester City before moving stateside and working in the U.S. Soccer Youth ranks.

“I was contacted by George Heitz, our sporting director before Christmas,” Wicky told SBI. “He contacted me and asked if it was something I would be interested in. Immediately, of course, I said ‘yeah that would interest me’ and then the talks started, and then contract was signed and I was very proud and very, very happy.”

The 42-year-old had already been eyeing a move to MLS after spending a year with the United States Men’s National U-17 team in 2019.

“I was always following this league, and it was always in my mind at one point to coach in MLS.” He said.

The changes didn’t stop with the insertion of a new coach. The team itself won’t resemble the Chicago Fire of recent years. So far, in regards to player acquisition, the offseason has been headlined by the addition of DP forward Robert Berić among a crowd of new international players, with more signings on the docket.

“We’re still looking and we will have some signings coming soon, which will make us even better even better help us grow together,” Wicky said.

The signings in question were Gaston Gimenez and Ignacio Aliseda, a pair of designated players who should provide a major boost to the Fire midfield.

Much-needed change is in the air, and the questions will now be about if the team got it right. Here’s a closer look at the campaign ahead for the all-encompassing new-look Chicago Fire FC: 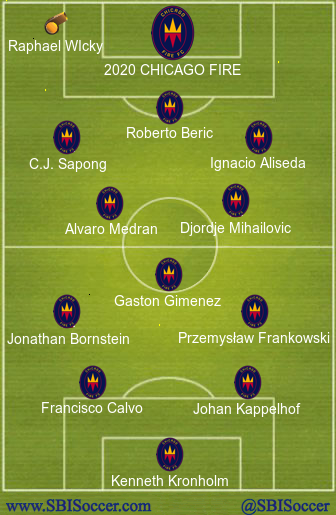 It’s hard to outshine the addition of a DP striker, but the 25-year-old Spanish all-purpose midfielder should give fans plenty to be excited about in regards to pedigree. He landed with the Fire after bouncing around the ranks in Spain at a high level.

In his four years with Real Madrid, he rose through the youth ranks and ultimately earned minutes on the first team to play alongside the likes of Cristiano Ronaldo and Luka Modrić, but only registered two appearances before being shipped out for stints with Valencia and Getafe, among others.

The TAM acquisition could prove to be a high-value addition if Medrán’s quality lives up to his resume. Though he didn’t stick anywhere for a meaningful period in Spain, he figures to be an impact player in Chicago and will be given consistent starting minutes, which hasn’t always been the case in his career.

The first-year MLS coach has a difficult job to do with implementing a winning system with a brand new team, apart from navigating the waters of the league itself.

When you look across the league, knowing that unsuccessful coaches will be dismissed at some point in the season, Wicky falls into the category of one that’s closer to the hot seat. The reality is when the season begins, results will ultimately be the only currency that matters and if he can’t make the most of the fresh air around the team, he’ll be more expendable than the players.

Fortunately for Chicago, the wholesale changes needed in order to provide a positive outlook came aplenty. Its newfound roster flexibility has come at the expense of the key losses outlined above, and the team invested practically in young players, which trends toward a work in progress.

“The only aspects that might be lingering are the different understandings of the mentality of how you approach the game,” Sapong said. “It comes from a mentality, first, I believe. The tactics, the strategy, all that stuff is what it is, if that makes sense. It all depends on the mentality in which a group is able to get through that implementation phase.”

With a decade of MLS experience to his name, and being one of the few consistent presences on the squad, Sapong will serve as a veteran voice in the locker room and is likely to contribute major on-field minutes.

“I’ve definitely stepped into more of a leadership role. I definitely have the confidence of my staff and my fellow teammates to leave everything on the field, whether that means I’m at forward, winger, or defender,” He said.

The versatility will be needed, as Chicago currently has only 24 confirmed senior roster players at the moment.

“Obviously it’s a long process and takes time, they are, we’re all in the process of getting to know each other. The whole staff is new as well as performance department. So there’s a lot of new things,” Wicky said. “I knew when I signed that players were lost, positions were open, and that they won’t be filled at the beginning of the preseason.”

Defending was the Fire’s strongest point last year, and commensurately, the least amount of shuffling is found in that department. The team finished with a +8 goal differential, which tied for third-best in the Eastern Conference in 2019.

Francisco Calvo, Johan Kappelhof, and Jonathan Bornstein will all be returning to Chicago’s backline, and the additions of MLS newcomers Miguel Ángel Navarro and Boris Sekulić could make for another sturdy unit in front of Kenneth Kronholm.

In the midfield, Przemysław Frankowski, Djordje Mihailović, and Brandt Bronico contributed major minutes last year, but at the moment it’s only the aforementioned Álvaro Medrán signing that seriously figures to make up for the departures of Dax McCarty and Nico Gaitán.

There was a glaring need for a difference-making defensive midfield presence, and the Fire appear to have filled that void with the acquisition of Argentine midfielder Gaston Gimenez, who signed on Monday. He should help fill the void left by the departures of McCarty and Bastian Schweinsteiger.

In the attacking department, the signing of DP striker Robert Berić from Saint-Étienne adds serious quality up front, as does the recent signing of young designated player Ignacio Aliseda, a dynamic winger who is just 19, but has the talent to help offset the departure of Katai.

Looking ahead, what’s out of the team’s hands is the existing landscape of the Eastern Conference, and it’s unlikely that Chicago stabilizes quickly enough to challenge the likes of Atlanta United, NYCFC, and Toronto FC for the Conference title. Its floor could be higher than some of its competition though, and the grace of only needing to be contending for seventh-best to make the postseason could see Wicky’s debut be a success by that measure.

“Of course our objective is to go into the season and then get points. We all know that is not an easy schedule to get three away games with all the changes we have and players that aren’t here.” Wicky said.

Chicago opens the season on the road against defending MLS Cup Champion Seattle Sounders and will visit New England Revolution and Orlando City before its first home game, which will be against the ever-dangerous Atlanta United.

“I’m really happy with this squad I have here now. Everyone is working hard, and it’s going to be a process, but pressure, the pressure is always there. You want to win your games.”