Six years after David Beckham made his initial announcement, Miami is finally set to make its way back to MLS.

This time, though, it is under the weight of massive, self-imposed expectations.

Inter Miami will be one of two expansion teams taking the field in MLS in 2020, but you might not know it based on how club has talked in the lead up. There has not only been public declarations of fighting for trophies right off the bat, but also the publicly-stated goal of being “the most important team in this hemisphere.”

All that may make for a lot of pressure on a squad that is still coming together and in the midst of adding the final pieces, but it is the reality of playing in Miami for Beckham’s franchise.

“It’s crazy to be a part of something like this,” goalkeeper Luis Robles told SBI.

With a young but successful head coach in Diego Alonso leading the way, Inter Miami heads into its expansion season with a roster that looks fairly talented on paper. Mexican international Rodolfo Pizarro was recently signed as the team’s No. 10, experienced MLS goalkeeper Luis Robles was added as a free agent, and a number of up-and-coming talents like Matias Pellegrini, Julian Carranza, and Nicolas Figal were acquired as well.

The blend of youth and experience gives Inter Miami a squad that appears to have decent balance, but the team knows it will have to play games that really count to assess where they stand as a group. Inter Miami knows that some weaknesses will be exposed, especially as players try to find chemistry, and that it will take time to really fire on all cylinders in its possession-based system.

Yes, the ambitions for this expansion project this year are sky high, but there is no delusion as to how much work needs to be put in to meet the lofty goals of 2020. 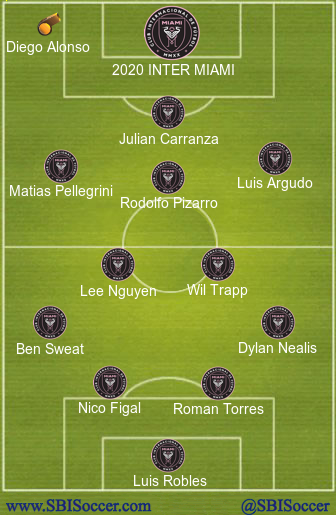 Boasting a combination of technical abilities and good reading of the game, Figal has the tools that can make him a standout centerback in MLS this season. The 25-year-old defender that earned his first call-up to Argentina’s national team last year is not the most experienced centerback on Inter Miami’s roster — that distinction goes to Roman Torres — but Figal is talented and young enough to have a backline built around him for campaigns to come.

“I think the player that I think of when it comes to someone that fans may be aware of and that I can compare him to is (Leandro Gonzalez Pirez),” said Robles. “In terms of what he brought to Atlanta, in terms of his ability to play the ball, his tenacity, and then of course his ability to read the game. Nico is only 25 years old and he continues to develop as a professional, but he brings a lot to the table and that gives us a lot of confidence going into the season that he’s the right piece to build off of.

“When we talk about building out of the back, you need centerbacks and defenders who can play and he’s definitely one of those guys.” 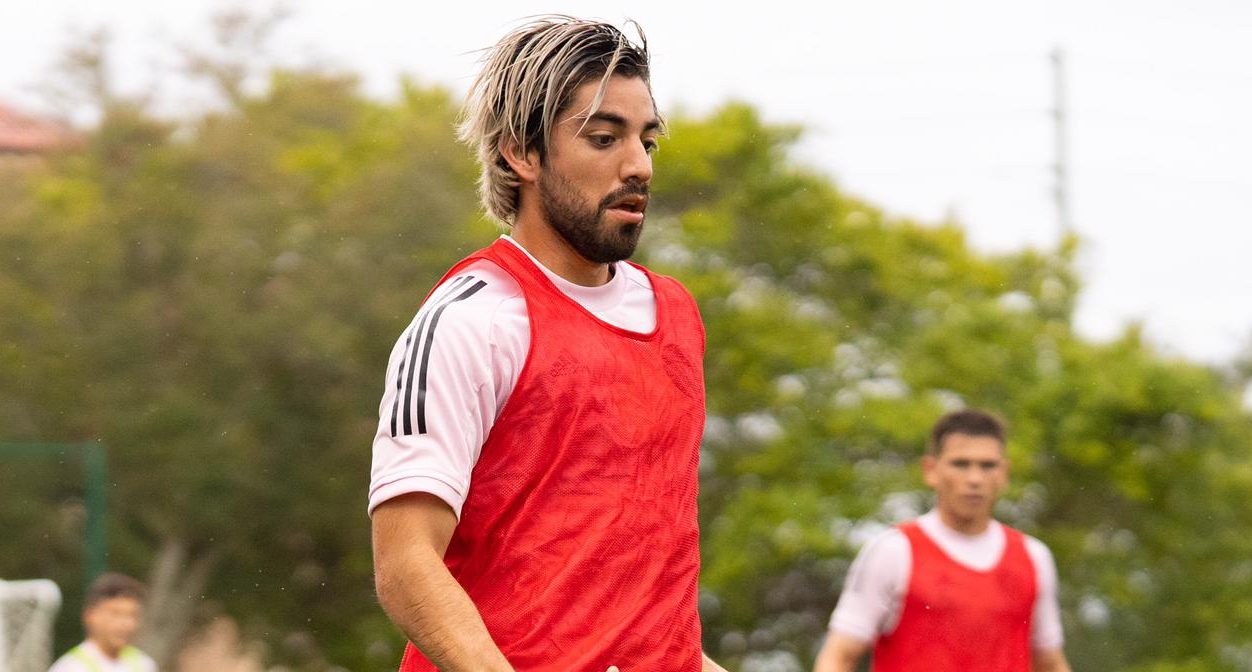 With the desired Designated Player striker not coming potentially until the summer, Pizarro will have to be the key figure in Inter Miami’s attack for much of the campaign. The 25-year-old playmaker will not only have to make an impact by setting up teammates for goals, but will have to score some himself as well.

Thankfully for Inter Miami, Pizarro has an established relationship and understanding with Alonso. The two worked together previously at Pachuca and Monterrey in Liga MX, and that familiarity may allow Pizarro to hit the ground running.

“His adaptation to our game has happened quickly,” said head coach Diego Alonso in Spanish. “We know each other and this is the third team we’re on together. He very clearly understands all the concepts, he has adapted very quickly, and he has played very, very well in the games and training sessions he has been in. We are very happy that he is with us.”

Like its new stadium in Ft. Lauderdale, Inter Miami is currently under construction.

The team heads into 2020 not only still looking to round out its roster with two notable pieces — a central midfielder and a striker — but is still trying to jel and develop a deep understanding for how to play. That is almost always the case for an expansion franchise, but it is even more so for Inter Miami due to the fact that it wants to deploy a proactive, possession-based style of play that can dictate tempo and pin opposing teams in their halves.

“Are we perfect at it right now? Absolutely not. We’re definitely a work in progress, but we’re committed to it and we believe in it.”

The leader behind the attack-minded system is Diego Alonso, a 44-year-old Uruguayan who is the only manager to have won the Concacaf Champions League with two different teams. Alonso has at his disposal several technical players, including foreigners like Rodolfo Pizarro and Nicolas Figal and Americans like Lee Nguyen, Wil Trapp, and Juan Agudelo.

Inter Miami showed during preseason that it wants to use the strengths of those kinds of players to keep the ball on the ground as much as possible. Building up through the back, maintaining possession, and creating scoring chances through intelligent movement and short combination passes.

Defensively, Alonso wants Inter Miami to press high more often than not. The South American manager wants to force the issue against opponents, and thinks putting them under immense pressure can help his team dominate the flow of games.

“Sometimes we can do it, sometimes we can’t,” said Alonso. “It depends also on the characteristics of the opposing teams — if they play more direct or if they combine more and how many players they have in midfield — but the idea is always to try and be a team, and I said it the first day, that is proactive and not reactive.

“That has to not only do with the ball, but also when you’re without it and when you have to go impose yourself through pressure to try and get the ball back as quickly as possible.”

If Inter Miami can translate what it desires to do tactically into actual performances on the field in games that matter, competing with the likes of Atlanta United and New York City FC for the top spot in the Eastern Conference may not be out of reach. Expansion teams almost always have issues that need to be worked out, but Inter Miami might just be the type of side that can quickly learn from and move past them.

There will certainly be hiccups and hurdles, especially early on, but Inter Miami is not planning on having them all season long. The team has big dreams for 2020 after years of waiting to start the franchise, and wants to make them a reality as quickly as possible.

“It’s a work in progress,” said Robles. “As we continue to work hard each and every day, we believe everything that Diego is preaching to us. That we can be a truly exceptional team, but it’s going to take time.