For the second consecutive year, the Philadelphia Union set new club records in wins and points while earning their first ever playoff victory. It was a step in the positive direction for one of the MLS’ underrated teams who will now look to add their first trophy in their 11th season in the league.

“At the beginning of the season, every team wants to be hopeful of what they can achieve,” Union head coach Jim Curtin told SBI. “We want to be a part of the title contenders list and it really it comes down to us where we end up in the end. Our goal is to get back to the playoffs, get to the club record in points which was 55 in 2019, and advance farther in the playoffs. We also want to continue developing our players and get them ready for the next level, whether it’s with us or a career in Europe.”

“We are a team that doesn’t have the marquee names, but we have guys who are ready to work,” Union captain and midfielder Alejandro Bedoya told SBI. “We have a cohesive unit who are always battling and wanting to get better. You saw it last year, we were pretty good defensively and harder to score against. We want that to be a focus this year as well and I think with our pressing we can turn those mistakes into goals.”

The Union remain one of the top teams in the Eastern Conference despite losing several starters such as Haris Medunjanin, Fafa Picault, Marco Fabian, and Auston Trusty this offseason. The permanent acquisition of midfielder Jamiro Monteiro gives Curtin a familiar and exciting figure to lead his midfield alongside the likes of Bedoya and promising youngster Brenden Aaronson.

“It was critical for the club so once again I am thankful to Ernst Tanner and Chris Albright for getting that across the line,” Curtin said on Monteiro’s transfer. “He’s a guy age-wise you can build a team and style around with his talent too. He fit the pressing style we want to play and he does so much for the team. When he gets going he is one of the most fun players to watch and I think he caught a lot people off guard with the season he had.”

Jack Elliot and Mark McKenzie are the likely centerback duo to start opening day at FC Dallas after partnering at times in each of the last two seasons. Veteran Ray Gaddis will occupy the right back spot in Curtin’s 4-4-2 diamond formation while Kai Wagner remains a key piece at left back after a strong debut season in MLS.

Olivier Mbaizo and Matt Real could also see time this season as backups at both positions. Andre Blake remains a top goalkeeper in MLS and returns with Matt Freese and Joe Bendik fighting for the No. 2 spot.

“If I continue to do my job is be the best coach for the Union and Kai does his job on the field everyday then he has the potential to be a Bundesliga player back in Germany,” Curtin said. “Everyone in MLS is looking for good left backs because it’s a hard position to find so I really think he has a ton of potential and a ton of talent. He’s missed a ton of time this preseason with a calf issue so we’re slowly grooming him back in hopes that he’s ready for Week One.”

In attack, the Union will be led by German striker Kacper Przybylko who is coming off a sensational first season in MLS. Przybylko scored a team-high 15 goals and four assists in 26 appearances last season, but his ability to hold up possession and win balls back also helped in the Union’s pressing tactics. Sergio Santos returns for his second season while Andrew Wooten is also an option after an average campaign after his move from Germany.

“I think Kacper can even do more in 2020 after such an important season for us last year,” Curtin said. “Him and Sergio have formed a nice partnership during preseason camp. Sergio brings speed and power to the team and is a lot better fitness wise at this stage than we he came in last season. Andrew started camp with an injury, but will play a part in our final two preseason games. We have a good group of strikers and we’re happy with having all three here.”

The Union also have the likes of Ilsinho to bring off the bench late in matches while Warren Creavalle, Matej Oravec, and Jose Martinez round out the midfield corps for the group.

Here’s a closer look at the 2020 Philadelphia Union season: 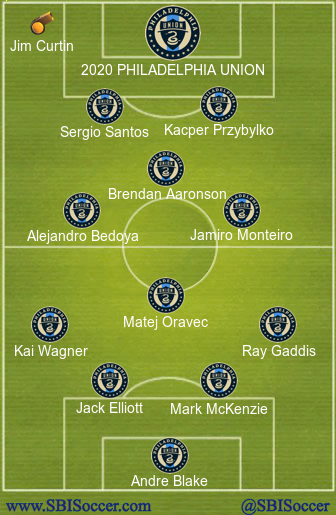 The Norwegian centerback comes into a group with Elliott and McKenzie as the projected starters and veteran Aurelien Collin also in the mix. Glesnes is a tall defender who joined from Stromsgodset and has totaled 167 appearances so far in his professional career. He’s working his way through the ranks of the Norwegian National Team and has already impressed so far in camp with his new club.

“Jakob has come in and cemented himself by being good defensively and also being good with the ball,” Bedoya said about Glesnes. “In some of the games we’ve played he’s been able to hit these long, diagonal balls on a dime that has really helped us kickstart our offensive attacks.”

The young midfielder was one of the breakout performers of 2019, but there’s a big difference between emerging from obscurity and heading into a season with high expectations. Aaronson beat out Marco Fabian for a starting role last season, and heads into the new year fresh off a January USMNT camp call-up. He will be expected to generate goals and assists, and won’t have the luxury of being overlooked by opposing teams in 2020.

The Philadelphia Union should be one of the favorites in the East based off the amount of returning starters coming back in 2020.

Curtin has his group of guys playing at a high level and will always be tough to break down at newly-named Subaru Park. After 10 home wins in 2019, the club will look for similar success in Chester after putting in strong performances against LAFC, D.C United, and Atlanta United there last season.

“Having a good home record is a recipe for success,” Curtin said. “We want to make sure we get at least 10 home victories, which always sounds easy, but never is. We have the fans behind us and we are always looking to press teams into mistakes and you saw that in 2019 against some really good competition.”

“Making our home stadium a fortress is really important and will need to be just as important this season as last,” Bedoya said. “We enjoy playing well in front of our home fans and you saw that against some of the big boys in the league. We’re hoping to start off strong at home and continue to ride that wave throughout the season.”

The arrival of Glesnes, Oravec and Martinez will give the first team depth and Creavalle adds another veteran option in midfield alongside Bedoya. Young players Anthony Fontana, Jack De Vries, and Cole Turner all have chances to make the 18-man squad each week, but could also seek more consistent playing time with Union II in the USL.

“Cole has done a nice job this preseason and Jack has also impressed,” Curtin said. “Cole is gradually learning and taking in information which is what you want from a young player. Jack has scored a lot of goals and set up a lot of goals in training so now it’s about taking that to the matches and becoming a better all-around player. We have a good amount of young talent that we’re excited about going forward.”

Monteiro and Aaronson will do a lot of creative playmaking in midfield while Bedoya’s experience can help ease the loss of Medunjanin at the No. 6 position. It is still undecided who will take the Bosnian’s place in Curtin’s 4-4-2 formation, but the team knows it won’t be easy to replicate his production.

“We are grateful for Haris’ three seasons with the club and everything he did on the field,” Curtin said. “His production you saw firsthand and he was also a leader for the young players. It will be collective effort to replace him, but no one person will be able to come in and make up for his experience and everything he brought to the table.” 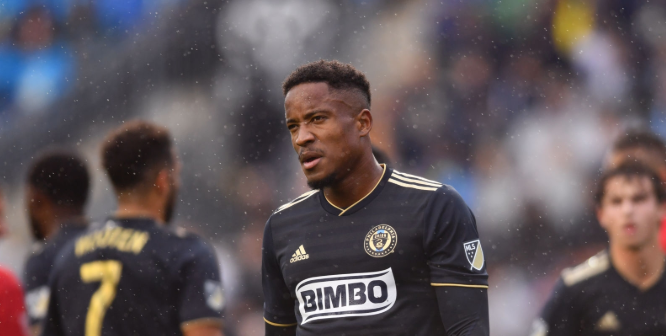 At forward there isn’t a lot of MLS experience, but Przybyko, Santos, and Wooten are a good bunch overall. Przybylko proved a lot in 2019 and showed that he can play at a high level on a consistent basis. Santos and Wooten will fight for the No. 2 job, but the Brazilian is likely to start next to Przybylko on Opening Day.

The Union won’t be sneaking up behind anyone in MLS in 2020 after their club-record haul last season, but they are excited to achieve more than before in a new season.

“My first goal is to make the playoffs because once you make it then anything can happen,” Bedoya said. “A lot of people didn’t think we could do much last season and others will probably think that this season too. We just have to control what we can control and believe in ourselves. We’re going to match every team’s intensity and if we do that on a consistent basis then we can pull off any result.”