Inter Miami pleased with effort in debut defeat to LAFC 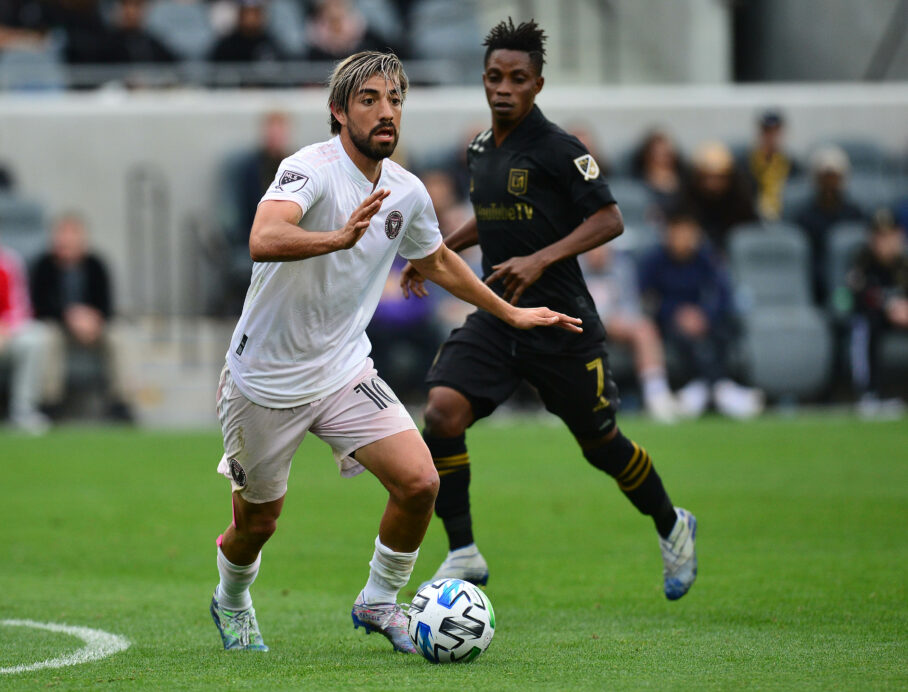 LOS ANGELES — It was not the debut result Inter Miami wanted, but the club was more than pleased and proud with the effort that was put forth.

Inter Miami tasted defeat in its highly-anticipated first official game, a 1-0 loss to LAFC, but expressed satisfaction afterwards with the performance it delivered at Banc of California Stadium on Sunday. The expansion side was content with how it went about competing against one of the Major League Soccer’s top teams, even if that did not lead to any goals or points.

“We had a great game,” said Inter Miami head coach Diego Alonso in Spanish. “They are very good but we showed a lot of heart and fought hard. We had a lot of clear chances to take the lead and then to tie when we were down 1-0. That’s what I take away.

“We have to get better from a soccer standpoint, but surely we will win a lot of games with the heart and intensity that the team plays with.”

The game did not start out particularly well for Inter Miami. Playing in a 4-2-3-1 formation, the team struggled to connect passes against LAFC’s high pressure and had several turnovers as a result. Inter Miami defenders also got pulled all over the place and out of position against the star-studded LAFC front line of Carlos Vela, Diego Rossi, and Brian Rodriguez, resulting in several looks that goalkeeper Luis Robles saved.

“The weeks that we’ve been together, that chemistry aspect isn’t always there,” said midfielder Wil Trapp. “I think the more we train together, the more we’re able to be on the field together, you’ll strengthen those ties.”

Post-game recap of Inter Miami’s debut defeat to LAFC as I sign off from Banc of California Stadium.#InterMiamiCF #MLS pic.twitter.com/vGqGtJDFEH

As the opening half wore on, Inter Miami began to find its footing. The club started to win back some possession, and even created a few decent looks that forced LAFC netminder Kenneth Vermeer into action.

Just as Inter Miami was gaining momentum and looking like it would go into halftime at 0-0, Vela conjured up the type of magic that has become normal for him in MLS. Vela cooly dribbled diagonally through a number of defenders in the 44th minute before lobbing a shot over Robles to open the scoring.

“I think Vela got a little lucky in that when Nico (Figal) slides, the ball hits me and then falls back to him,” centerback Roman Torres told SBI. “It was a great goal, but those are things that happen in soccer.”

Added Trapp: “For us, the 10 minutes right before the goal were probably the best minutes we had. It was unfortunate.”

Inter Miami came out of the break playing much in the same way that it finished the first half. The team had moments when it dictated the tempo and threatened LAFC’s back line, though the Eastern Conference side was not as clean or dangerous in the final third.

The equalizer never came, of course, but that did not stop Inter Miami from feeling positive about its display. Life in MLS may have started with a defeat, but for the team that did not overshadow all the positives it had.

“(LAFC) is a team that is the strongest in the league for the most part, and for us to lose the game is disappointing,” said Trapp. “But to have a performance in which we battled and created chances is a positive.”