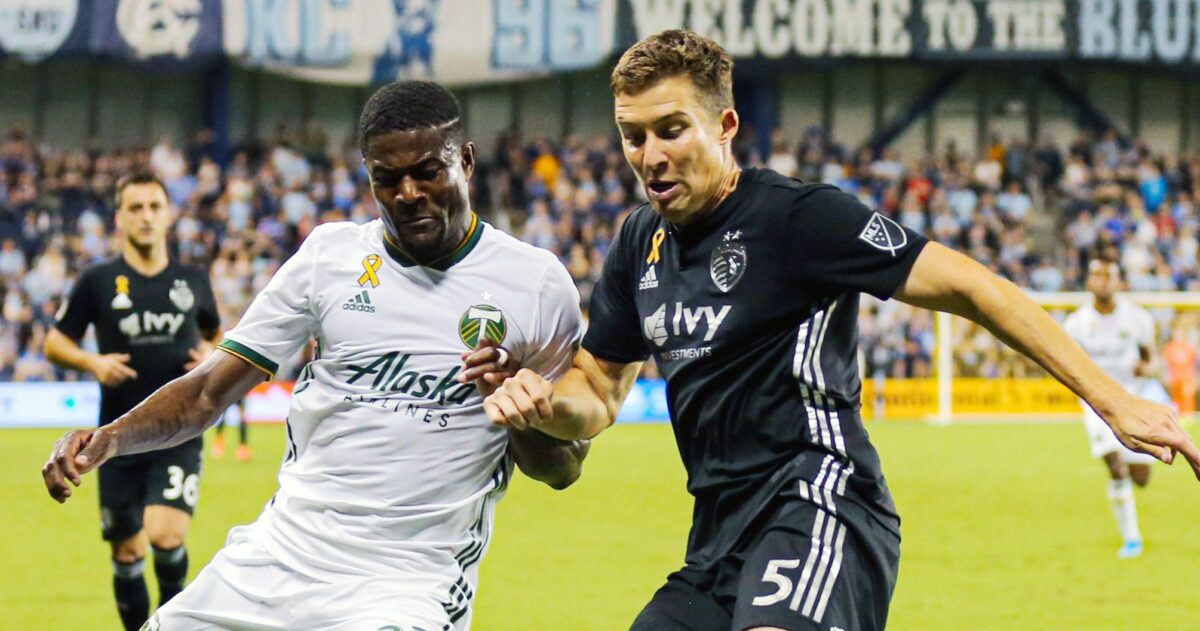 Sporting Kansas City captain Matt Besler has been around since the very beginning of the club. Not as a player, obviously, but a nine-year-old Besler was in the stands at Arrowhead Stadium when the KC Wiz beat the Colorado Rapids 3-0 on April 13, 1996.

“I don’t remember too much specifically about the game other than it being a really big stadium,” Besler said on a conference call on Thursday morning. “I had been to Arrowhead maybe once or twice before for Chiefs games, but you definitely got a better feel for how big the stadium was when you went to Wiz games.”

Besler does recall the first goal in club history. It came in the 71st minute of that game at it came from Digital Takawira. Like any nine-year-old, though, Besler recalls the celebration more than the goal itself.

“I remember Digital Takawira scoring the very first goal, and he did the Digital Crawl,” he recalled. “My dad had told me about that beforehand—that we had brought in this striker, his nickname was famous and he was also famous for this celebration. So whenever he scored a goal, you had to watch him closely because he did the celebration he’s now famous for. That was a cool moment.”

Many athletes will tell a story that such a moment inspired them to go pro. There are tons of tales out there of hometown kids dreaming of one day playing for the hometown team and scoring a big goal to win a championship.Did little Matt Besler instantly become inspired to captain his local team?

“I wish I could say yes,” he said. “It would make for a much better story. Unfortunately, I can’t really say that. I don’t think I ever really had that moment where I walked into the stadium for the first time, a lightbulb went off and I was like, ‘This is what I’m going to do.’ I was a normal 9-year-old kid, and I really wasn’t thinking about becoming a professional soccer player while I was watching that game. I was focused on trying to convince my parents to get me cotton candy and doing the macarena.”

Besler was just getting into the game at the time. The 1994 World Cup had just rolled through the United States and, being big sports fans, Besler’s family were swept up in the soccer fever. He fell in love with the game and began collecting jersey’s, but it wasn’t until Kansas City landed an original MLS franchise that it hit home that soccer was more than just a game he played with his friends.

“What it did was it opened the door for me in terms of realizing how big the game was on a global scale,” Besler said. “Up until then, soccer for me was just something that I played on my youth team with a bunch of kids from my school. Once Kansas City got this team, we started seeing these players and you got to learn about their backgrounds. They were coming from different countries and had different stories, and so that’s when I really started following the game at a much higher level.”

Thankfully for SKC fans, Besler stuck with soccer at a high level and 13 years after he sat in the stands for the clubs first ever game, that same club picked him 8th overall in the MLS Draft. He started 26 games in his rookie season and has been a fixture in the Kansas City backline ever since, totalling more games played and more minutes than anyone else in club history.

Besler had gone on to win an MLS Cup and a couple U.S. Open Cups with the club he’s followed since he was a child.  Even if that very first game wasn’t the inspiration for the rest of his life, his story is the sort of thing that a lot of young athletes dream of.