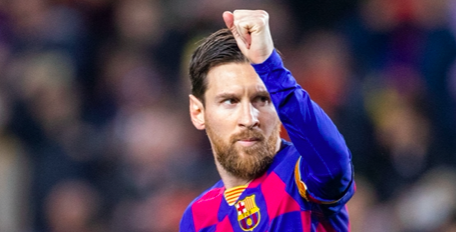 All 20 Spanish La Liga clubs are set to return to training this week.

Following the Spanish Ministry of Health’s approval on Monday, clubs in the top two divisions on Spanish Football will start training after medical tests are carried out. La Liga has followed suit of both Serie A and the German Bundesliga, who also are aiming to restart team training schedules with plenty of matches left to play.

In addition to training resuming for all La Liga clubs, the league itself is eyeing up June as a possible restart date. Should the schedule resume at that time, matches are likely to be played behind closed doors to ensure both player and fan safety.
“This crisis has had a profound impact on all of us. The return of football is a sign that society is progressing towards the new normal. It will also bring back an element of life that people in Spain and around the world know and love,” La Liga president Javier Tebas said.
“People’s health is paramount, so we have a comprehensive protocol to safeguard the health of everyone involved as we work to restart LaLiga. Circumstances are unprecedented, but we hope to start playing again in June and finish our 19/20 season this summer.”
El Clásico rivals Barcelona and Real Madrid are neck and neck in the league title race with the Catalan side holding a two point lead in first place. The race for the top four is also congested with five points separating third place Sevilla and seventh place Valencia.
At the opposite end of the table, nine points separate 15th place Real Valladolid and last place Espanyol. Mallorca and Leganes are also in the relegation zone, while Celta Vigo and Eibar are just above the red line.
The Spanish Copa Del Rey Final was also postponed due to the COVID-19 pandemic, with Athletic Bilbao and Real Sociedad waiting for a rescheduled date.
Five Spanish clubs also remain in European competition with Atletico Madrid as the lone La Liga side advanced into the UCL quarterfinals. Real Madrid and Barcelona have second leg ties against Manchester City and Napoli respectively while Getafe and Sevilla remain in Europa League play.