MLS is Back: Timbers reach semis after comeback win over NYCFC 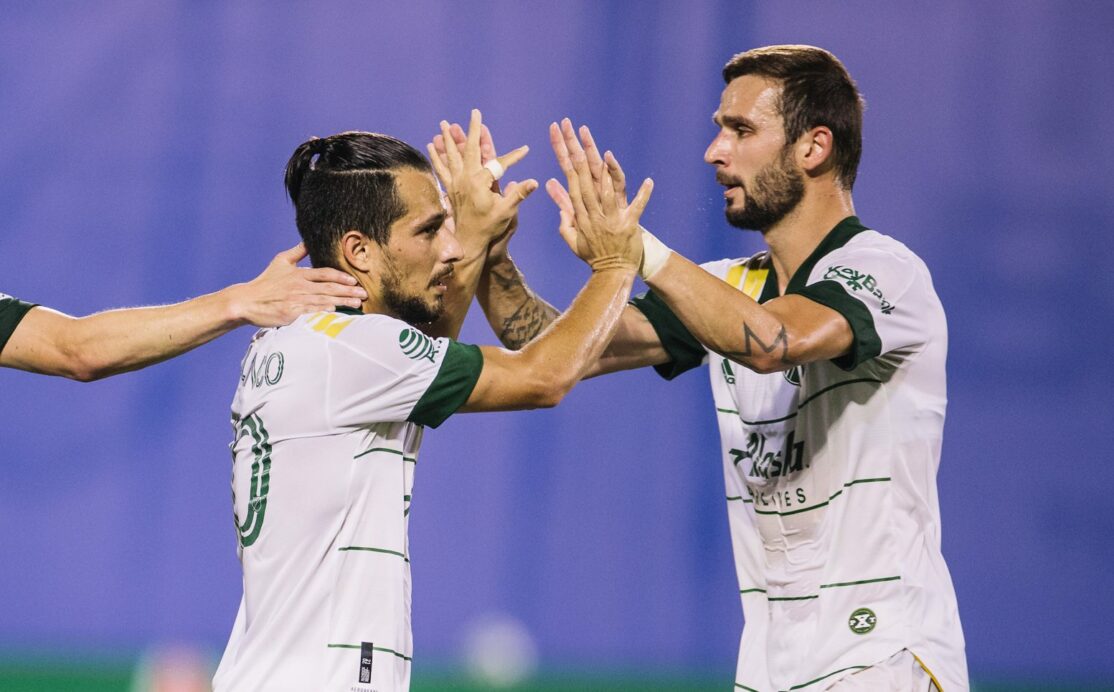 A comeback. A golazo. A ticket to the semifinals.

It was a good night for the Portland Timbers.

The final quarterfinals match at the MLS is Back Tournament went the Timbers’ way, as they came from behind to defeat New York City FC, 3-1, on Saturday night. The Timbers rallied after a controversial penalty kick put them behind midway through the first half, getting goals from three different players and punctuating the victory in the 76th minute with a sensational strike from substitute Andy Polo.

The win means the Timbers will face off against the Philadelphia Union on Wednesday for a spot in the competition’s final.

Sebastian Blanco was key in the Timbers’ comeback on Saturday, scoring an impressive equalizer in the 43rd minute with a low curled effort and finding Polo for the game’s spectacular final goal.

Star playmaker Diego Valeri authored the winner for the Western Conference side after coming off the bench. He finished with aplomb in the 65th minute, combining well with Jaroslaw Niezgoda in the 18-yard box before firing home at the near post.

It was Polo’s insurance tally that dropped jaws, however. The Peruvian international went on a dribbling run down the left before cutting inside and smacking a bending shot just past outstretched NYCFC goalkeeper Sean Johnson for his second career Timbers goal.

NYCFC had initially taken the lead in the 27th minute via a questionable penalty. Head ref Robert Sibiga pointed to the spot after Timbers centerback Larrys Mabiala made contact in the penalty area with Jesus Medina, who proceeded to score on the ensuing look from 12 yards out.

Sebastian Blanco: He continued his tournament tear in this one, stepping up and leading the way on a Timbers side that did not start Diego Valeri. The Timbers’ rally may not have happened without Blanco, who sparked the comeback with a timely and lovely leveler just before halftime.

Peruvian Touch: Andy Polo is not much of a goal-scorer, but you might have been hard-pressed to guess that based on how well he struck the ball less than a minute after checking into the game. Polo’s incredible finish is a Goal of the Tournament candidate, and one for his career highlight reel. His celebration was almost just as good, too.

James Sands: His costly mistake allowed the Timbers to get back in it. He ball-watched too much in the 43rd minute, losing track of Blanco for just enough time and failing to tighten up his marking before the Argentine tied proceedings.