SBI Spotlight: Fire rookie Mauricio Pineda is off to a promising start to his pro career

The 2020 season has been a challenging one for a Chicago Fire side in the midst of a rebuilding under new head coach Raphael Wicky, but one of the early bright spots has been a rookie who is making the most of his early opportunities.

Mauricio Pineda began the year signing a homegrown player deal, and joined the team without much in the way of expectations. Since joining the Fire, Pineda has scored his first pro goal, enjoyed a top performance against the defending MLS Cup champion Seattle Sounders, impressed enough to earn a contract extended through 2021, and started all five matches to date, making him the only rookie MLS to start every match for his team.

Pineda will look to build on that early success when the Fire return to action this weekend, the first action for the team since an early exit from the MLS is Back Tournament.

“It’s been good being back, the tournament as a whole was a good experience for everyone here at the club,” Pineda told SBI. “I think the league did a really good job setting it up. Unfortunately the results didn’t go the way we had hoped especially after getting a good result against Seattle to start. We had really high expectations for ourselves from the beginning. Now it’s good to see everyone focused in training for these next few games.”

“It’s been good experience for me so far as a young player,” Pineda said. “I came into preseason camp as a rookie not really expecting too much outside of coming in and putting the hard work in. I wasn’t thinking too much about playing too much right away, but I was focused on putting the effort in to get noticed from the get go. It feels good now that the hard work has paid off so far and I’m thankful for the staff for giving me an early chance to play.”

Pineda has started all five matches this season for Raphael Wicky’s team, scoring one goal and adding one assist in a group stage win over the Seattle Sounders in Orlando. The former academy player is one of many players trying to make an impression in Wicky’s squad, with the head coach looking for success in his first season at the helm since replacing Veljko Paunovic after having coached the U.S. Under-17 Men’s National Team. 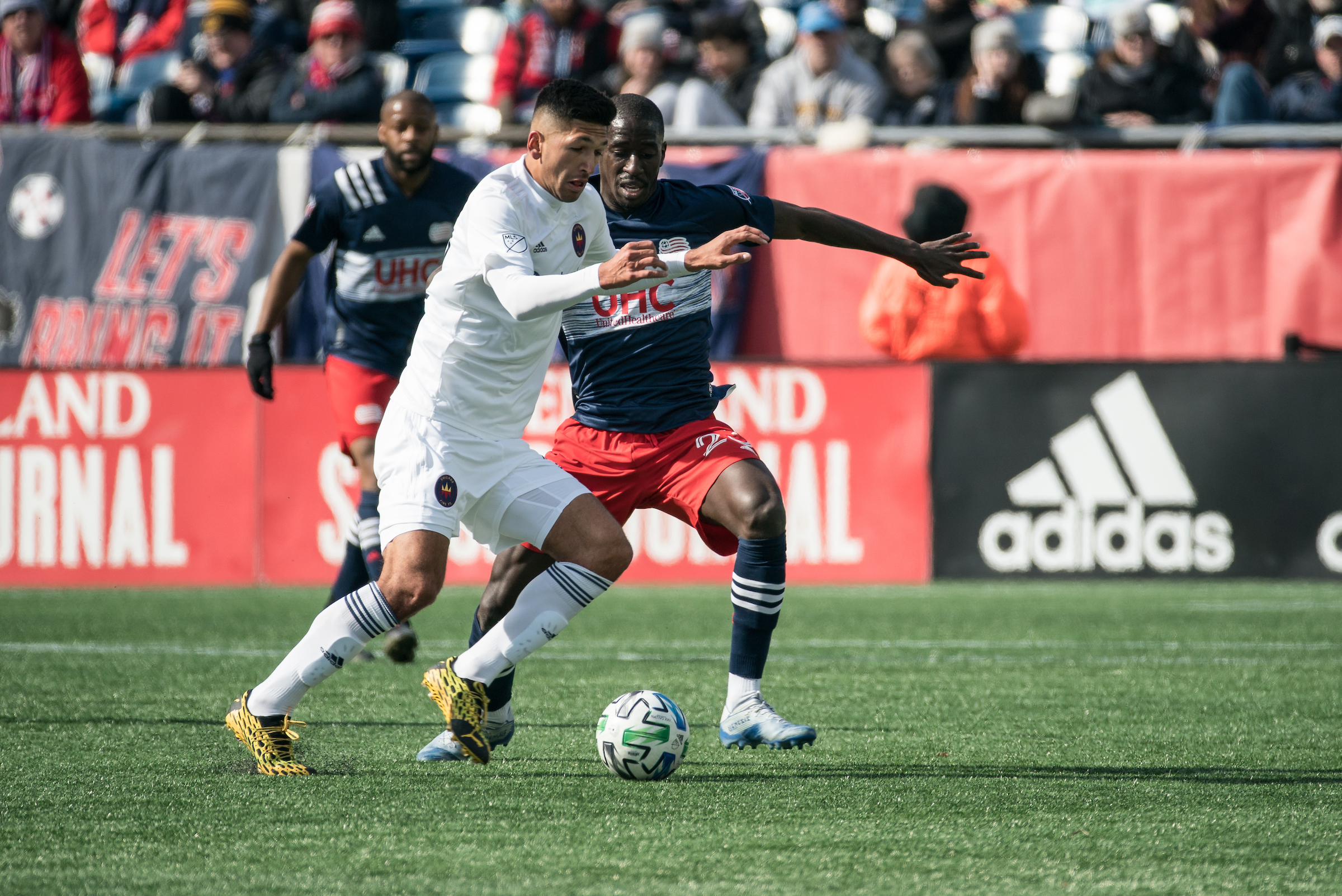 “Working with him [Raphael] has been good,” Pineda said. “Him and the rest of his staff that came in were ready to turn this club around and bring some trophies back to Chicago or at least work as hard as possible to do that. He’s showed us from what he wants from us each and everyday. He’s given us a really good platform of what he wants from us and what we should achieve for him.”

“I think he’s starting to build really good relationships with the players, not only on the pitch, but also off of it as well. That helps a lot and he’s been able to build a good team chemistry. Of course the team wants results, but it’s also important to build that chemistry. We’re a little harsh on ourselves when it comes to expectations, but I think he’s done a great job of keeping us motivated and achieving a lot.”

After working his way through the Fire’s academy, Pineda originally hoped to sign with first team, but wound up going the college route. He attended the University of North Carolina, a top college program which has produced former USMNT players Eddie Pope and current head coach Gregg Berhalter.

While playing in the ACC, Pineda became an important part of the Tar Heels program from 2016-19′. He made 72 combined appearances over his four seasons at Chapel Hill, scoring 17 goals and earning All-ACC First Team honors in his junior and senior seasons. 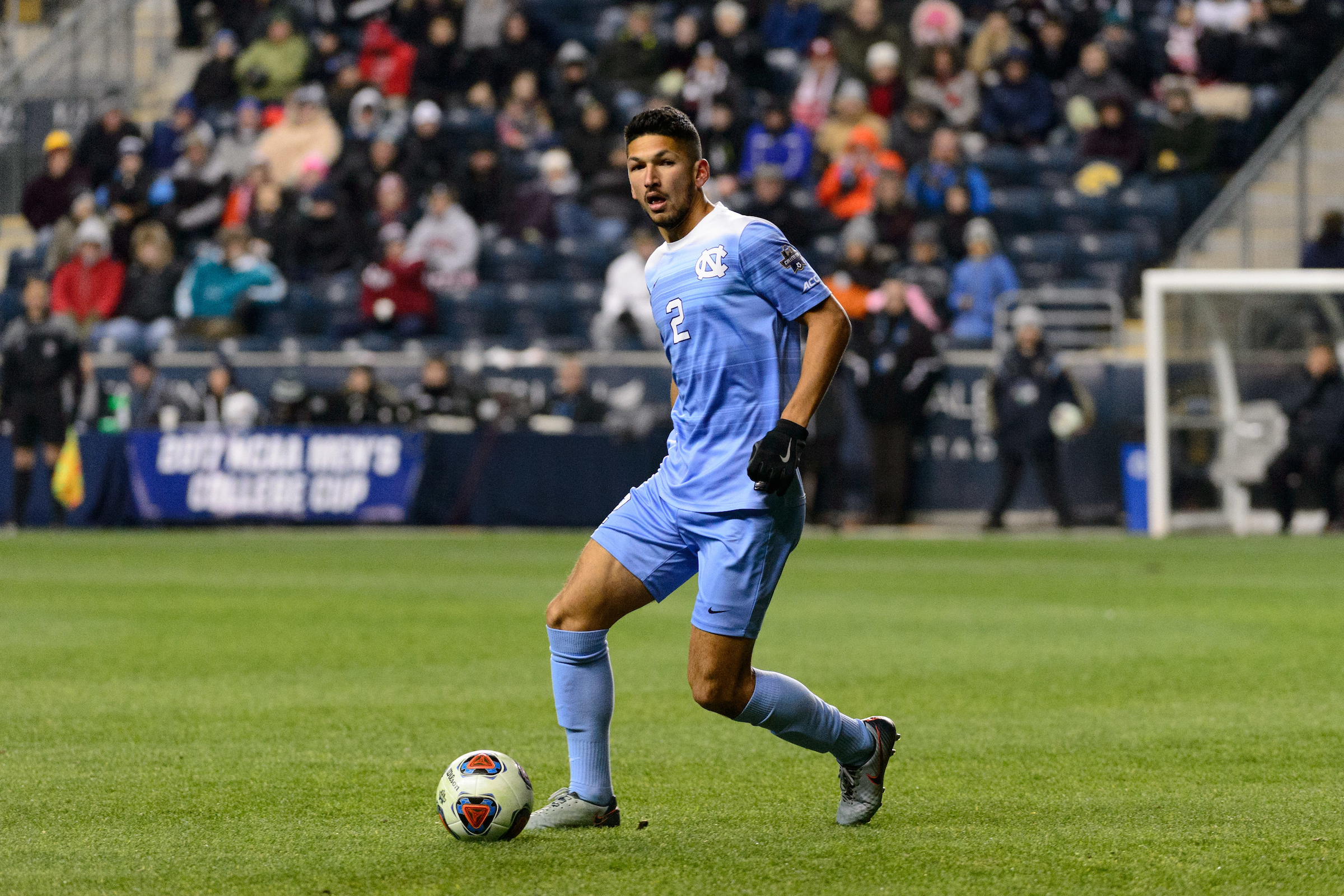 “My three-and-a-half years there were really good,” Pineda said. “I committed really late to UNC my senior year so it was a new challenge for me after working within the academy. I was able to work with veterans like Bastian Schweinsteiger so it was really exciting. I decided to take that challenge at UNC and it ended up being three of the best years of my life and playing in a lot of games.”

“The coaching staff at UNC really helped me develop as a player and helped me raise my game to a new level I never really was at yet,” Pineda said. “I learned a lot there and I can’t thank them enough for all the hard work they put in with me. It’s helped me in these few months with the Fire’s first team this season.”

Pineda made the most of his time at UNC, taking the opposite route of his brother Victor. Victor was the first-ever homegrown signing in the Fire’s history and since has worked his way in the lower leagues of U.S. Soccer, playing in the USL and NASL. The 27-year-old provided great experience to Mauricio during his decision-making process, but didn’t sway his brother one way or another as a younger player.

“He [Victor] wouldn’t really guide me one way or another,” Pineda said. “He allowed me to make my own decision off of what I saw and how I felt. It is definitely helpful to have him around, but my parents were really influential on me going to school. At the end of the day I am really grateful for my time at UNC. It’s really tempting to follow your dream as a young player, so I’m really glad I thought the decision through and went my own way.”

Pineda’s versatility has helped during his early months of playing with the Fire. He can play as a centerback or a defensive midfielder in Wicky’s system and has appeared at both positions so far in 2020.

“Being on the field is my preference so whatever way I can achieve is that is the best,” Pineda said. “It definitely helps to know multiple positions so it all helps, but the main thing is being able to help the team in any way I can at a young age.”

“A lot of these guys are making a good impact at such a young age which is a great feeling for me,” Pineda said. “I watched the Orlando game the other night and seeing Chris Mueller brought back memories of playing against him when I was around eight years old. It’s good for the league and the teams as well to give the chance to young players and to see them deliver in those opportunities.”

Pineda is one of many young players who are aiming to get back into the fold within U.S. Soccer. A former U.S. U-17 and U-18 player, Pineda is eligible to play for the U.S. Under-23 Men’s National Team that will attempt to qualify for the 2021 Tokyo Olympics, and his early success with the Fire could help push him onto the radar for Jason Kreis’ squad.

“That is something that I would like to get back to at some point,” Pineda said. “It was the same way before where I really wasn’t getting call-ups as a 14, 15 year old, but I did later as a 17, 18 year old. I try to keep working hard and put my head down and focus on myself. Goals like that are always on the back of your mind and I still think about them for sure.”