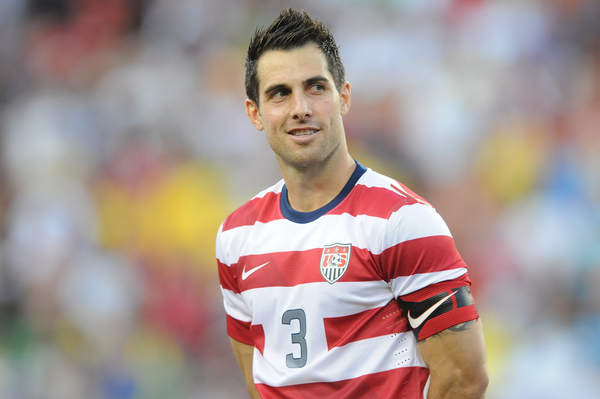 Former U.S. Men’s National Team captain Carlos Bocanegra was elected to the National Soccer Hall of Fame on Tuesday. He will be enshrined in 2021 as the lone member of the class after earning 68.5% of votes, just ahead of the minimum threshold of 66.7%.

The 41-year-old earned 110 caps for the USMNT from 2001-12′, wearing the captain’s armband in 64 of those appearances. He also played in the 2006 and 2010 FIFA World Cups and also scored 14 goals for the National Team, the most ever by an American defender.

Domestically, Bocanegra began a 15-year professional career as the MLS Rookie of the Year with the Chicago Fire in 2000. He was the MLS Defender of the Year in both 2002 and 2003 before moving to Europe. Bocanegra appeared for Fulham, Rangers, St. Etienne, Rennes, and Racing Santander before moving back to the United States in 2013-14′ with then-Chivas USA.

After retiring as a player, Bocanegra became Atlanta United’s technical director in 2015 and has continued holding the position since.

Former USMNT right back Steve Cherundolo, former Bolivia international and D.C. United striker Jaime Moreno, and former USWNT goalkeeper Hope Solo were among the candidates who missed out on induction this year.