Inter Miami points to lapses in concentration after loss to NYCFC 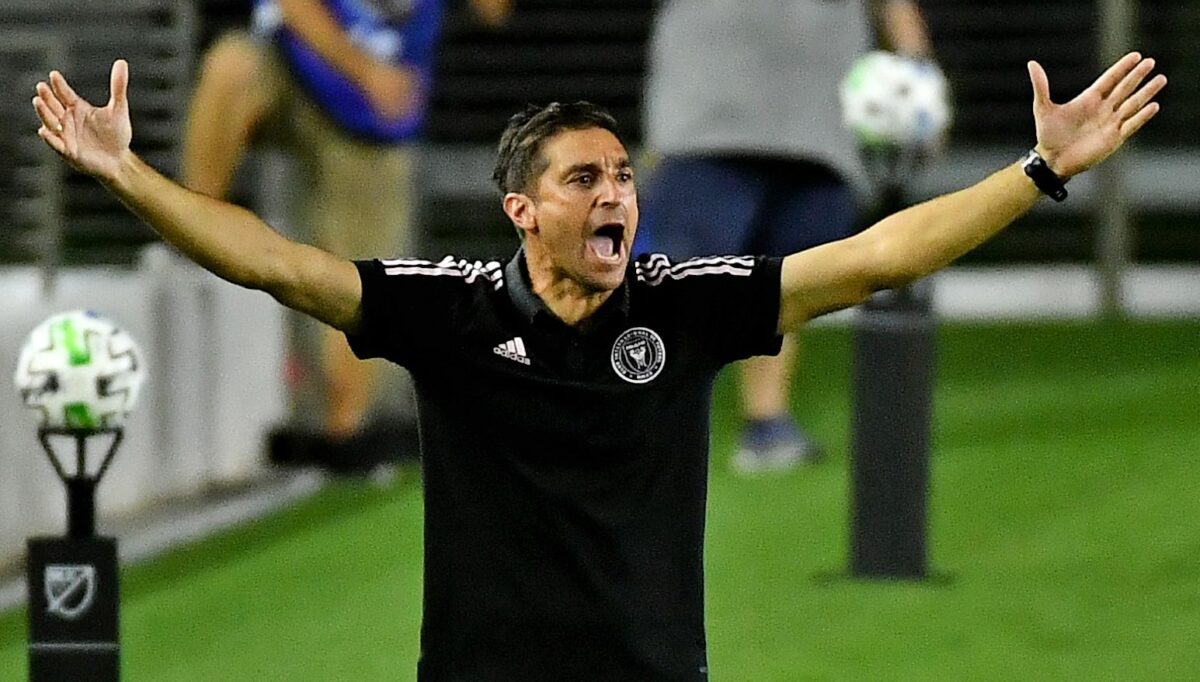 FORT LAUDERDALE, Fla. — Diego Alonso was a bit at a loss for words on Saturday night. In fact, he repeated one line on several occasions during his post game press conference.

This loss was difficult to understand.

Inter Miami suffered the latest frustrating and disappointing night in an expansion season full of them after dropping a 3-2 home affair to New York City FC. The defeat marked the South Florida side’s 10th defeat of the year, and came after a series of mistakes gave NYCFC three separate leads in the first half.

Alonso, however, did not think his defense was to blame for that. Rather, the Inter Miami head coach pointed to lapses in concentration and individual errors.

“You watch the game and you don’t see the defense not playing well,” said Alonso in Spanish. “The defense worked well. We received few shots, we pressed intensely, won the ball high up the field. That’s defensive work, too.

“The problem is the errors that lead to a goal, which are sometimes very, very difficult to explain and, to me, they don’t have to do with the defensive work. I don’t feel the team is defensively flimsy because it does a lot of things well, but we do make errors.”

Inter Miami has been making a lot of them lately. The team has given up a combined 10 goals in its last three matches, all of which have resulted in losses.

“It seems that when we give up that many goals, it is a concentration issue,” said midfielder Blaise Matuidi in French via a translator. “It seems that our confidence seems to dip. We have to work to find that back. This is definitely something we can fix quickly.

“We seem to have started with a bit more challenges offensively. Now, we’re good when we have the ball, but we are not quite there yet on the small (defensive) details so that is what we are going to have to work on at training.”

Unfortunately for Inter Miami, improvements will have to come without key attacker Rodolfo Pizarro.

Mexico’s national team officially called up Pizarro earlier this week for a pair of European-based friendlies in the upcoming international window, and Inter Miami is required by FIFA rules to release the midfielder.

“If you ask me if I’m in agreement, I don’t think so,” said Alonso. “It is a situation that will require him to quarantine when he comes back because MLS stipulates that, but since the (local) government does not then FIFA requires him to go.

“We will lose him for a lot of games. I think four or five.”

The good news for Inter Miami is that it is still within reach of a playoff spot. Only six points separate 13th-placed Inter Miami from moving above the red line in the Eastern Conference with eight regular season matches left to play.

Of course, the simple matter of having plenty of tilts left to play does not automatically guarantee points.

“It’s all well having the many games we’ve got left to play, but we need to start winning for those games to matter,” said wide midfielder Lewis Morgan, who scored a pair of equalizers vs. NYCFC. “… I’m definitely confident we can get (to the postseason), but also there’s a realization that we won’t get there if we play like we’re playing at the moment.”

Improvements are needed and fast. Inter Miami’s final eight games will take place between now and Nov. 8, meaning matches will come quick and often over the next month.

Mistakes and lapses in concentration cannot, however.

“I think the team plays well and we always have much more merit than the opponent to win, but to win it seems we have to be infinitely better and that’s what we have to correct,” said Alonso. “We have to minimize the amount of errors that we’re having, otherwise it’s difficult to compete in any league of any level.”