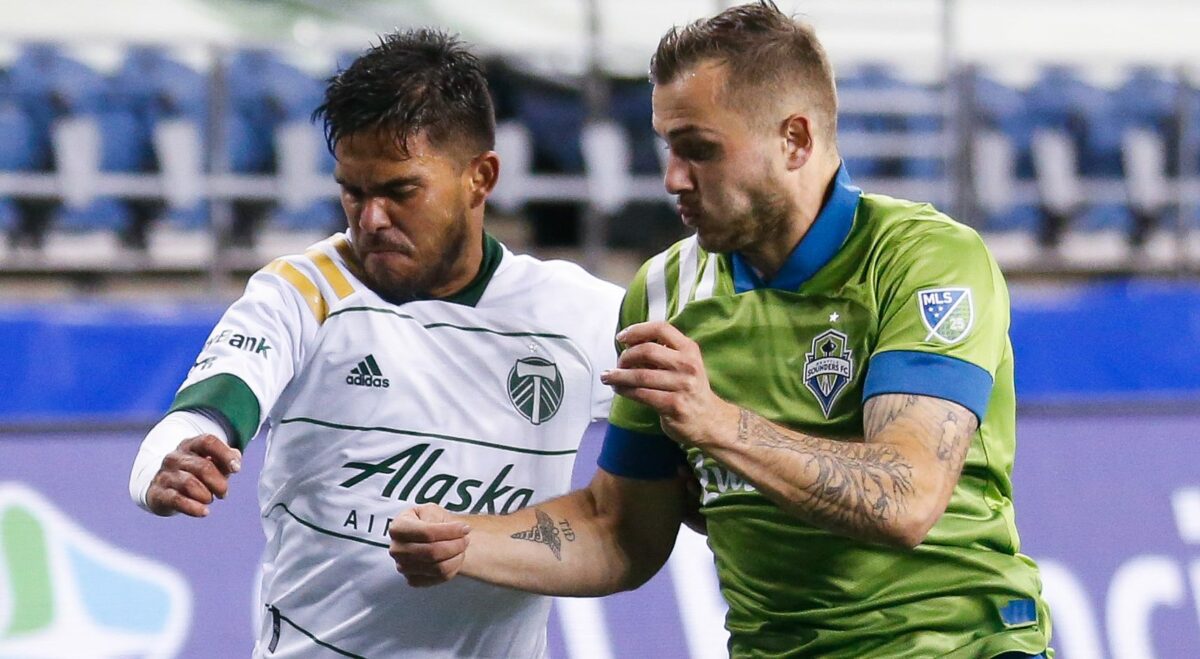 The Seattle Sounders left it late against Cascadia Cup rivals Portland Timbers, but earned a point in the final minutes at CenturyLink Field.

Will Bruin’s 90th minute equalizer helped the Sounders to a 1-1 tie with the Timbers despite conceding in the opening ten minutes.

Andres Flores’ first goal for the Timbers put Giovanni Savarese’s side in front on the road. Yimmi Chara’s effort was denied by Stefan Frei, but Flores hit a low shot into the bottom corner to put Portland ahead.

Felipe Mora was denied twice by Frei, while Seattle failed to register a shot on goal in the opening 45 minutes.

The offensive struggles on the night continued for the Sounders until the final minute. Yeimar Gomez’s header was blocked, but Will Bruin was on the spot to score into the bottom corner.

Frei made three saves in the draw for Seattle, keeping his team from suffering a second defeat out of the past three matches.

Seattle next faces Vancouver at Providence Park on Oct. 27th while Portland hosts the L.A. Galaxy the next day.

Bruin came up clutch for the Sounders and overall held his own against the physical Timbers backline. He won seven of his 10 duels and scored his team’s only goal.

Jordan Morris was ineffective in the final third for Seattle, failing to register a shot on goal.