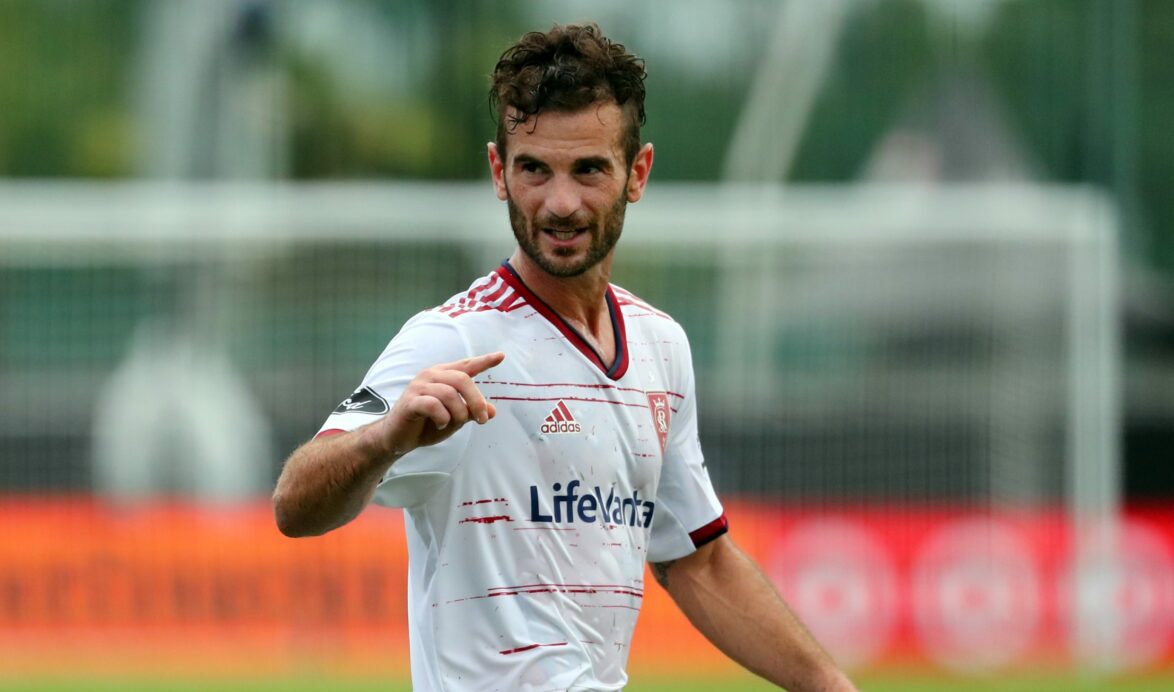 Kyle Beckerman’s playing career may have just ended, but his time working for Real Salt Lake and in sport might not be done.

Beckerman announced his retirement on Monday, ending a successful 21-year tenure in MLS that saw him suit up for three different sides. True to form, the accomplished defensive midfielder’s decision came without much relative fuss. There was no planned farewell game, no tears, no big speech.

The main reason for this life-altering choice, though, was the unavoidable. Father Time caught up to him.

“I always wanted to help on the field as best as I could,” said Beckerman in a videoconference on Monday afternoon. “As I looked at this year, I knew being 38 I am not going to start every game or play but I was hoping (to), whether it was going in for a little bit here and there or starting games.

“But as it came down to the end and I saw that I was not getting in in some important games either as a starter or substitute when I was healthy, I felt like going forward if I was not going to contribute on the field then I would want to stop. That is kind of how I got to that.”

The embodiment of everything #RSL stands for & aspires to be every day.

You paved the path & laid the foundation for our club.

Your legacy will live on forever.

Thank you, Captain. For everything. pic.twitter.com/VgIFgUe1sN

Beckerman added that he was “at peace” with retiring and that making the decision to hang up his cleats was not all that difficult. Sure, the RSL linchpin is going to miss certain things about playing and he would have liked to go out under more normal circumstances than COVID-19 allowed for, but by and large he has no regrets.

Who could blame him? After all, he helped Real Salt Lake win its first MLS Cup in 2009, is the league’s all-time leader in regular season games played (498) among field players, and played in a World Cup. The American’s career has been filled with accomplishments.

“The World Cup game against Ghana was huge for me personally,” said Beckerman when asked what some of his career highlights were. “I think until you have played in the World Cup, you are constantly playing mind games. You are telling yourself you are good enough and you are trying to pump yourself up before the game and take it as a normal game, but in the back of your mind you know what this is.

“I told myself for so long that you can do this, that you have got this. and then to go in in that game, the first game in the World Cup and win that one to get us off to a good start, it really personally just gave me that confidence that I was right all along.”

Beckerman also noted RSL’s MLS Cup victory over the LA Galaxy, run to the Concacaf Champions League final in 2010, and the U.S. Men’s National Team’s World Cup Qualifying triumph over Mexico in 2013 as other big moments in his career.

“To be part of one of those historic 2-0 wins in qualifying in Columbus was something I am really proud of,” said Beckerman.

As for what is next, Beckerman is open to plenty. Coaching is certainly an option given that his parents were both school teachers and that his brother is the head coach of the wrestling team at Brown University.

“I kind of have coaching and teaching in my blood,” said Beckerman. “It is definitely something I would be interested in, for sure.”

He is in no rush to figure out what is next, however. For now, Beckerman plans to spend more time with his family, and wants to help his young son catch his first fish. Eventually a decision will be made.

“I am a father, I am a husband, a brother, a son, (so now it is about) trying to do my best in all those roles” said Beckerman. “I will figure out things to do. This gives me more time for dog walks, fishing. I will figure out stuff to do. I am going to miss some soccer stuff no matter what. That is just what it is, but there is plenty out there that I can get into.”