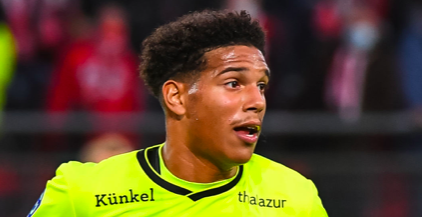 Gioacchini started and played 79 minutes as Caen edged Guingamp 3-1 away from home. It was Gioacchini’s fifth goal of the season in all competitions, which now sets the Ligue 2 side up for a showdown with Ligue 1 giants Paris Saint-Germain in the next round.

Jessy Deminguet broke the deadlock for Caen just before halftime before Gioacchini doubled the visitors lead in the 47th minute. After a chipped ball over the Guingamp backline, Gioacchini raced onwards and hit a low shot into the bottom-left corner.

Alexandre Mendy would extend Caen’s lead in the 75th minute to 3-0, which would be all the visitors needed to advance. Guingamp scored a stoppage time consolation goal, but it wasn’t anywhere near enough to avoid elimination.

The U.S. Men’s National Team striker will now look to carry his latest goal over to league play this weekend with Caen aiming to improve on its current ninth-place standing.

Caen has earned 28 points from the opening 20 league matches and will host Rodez FC on Saturday.