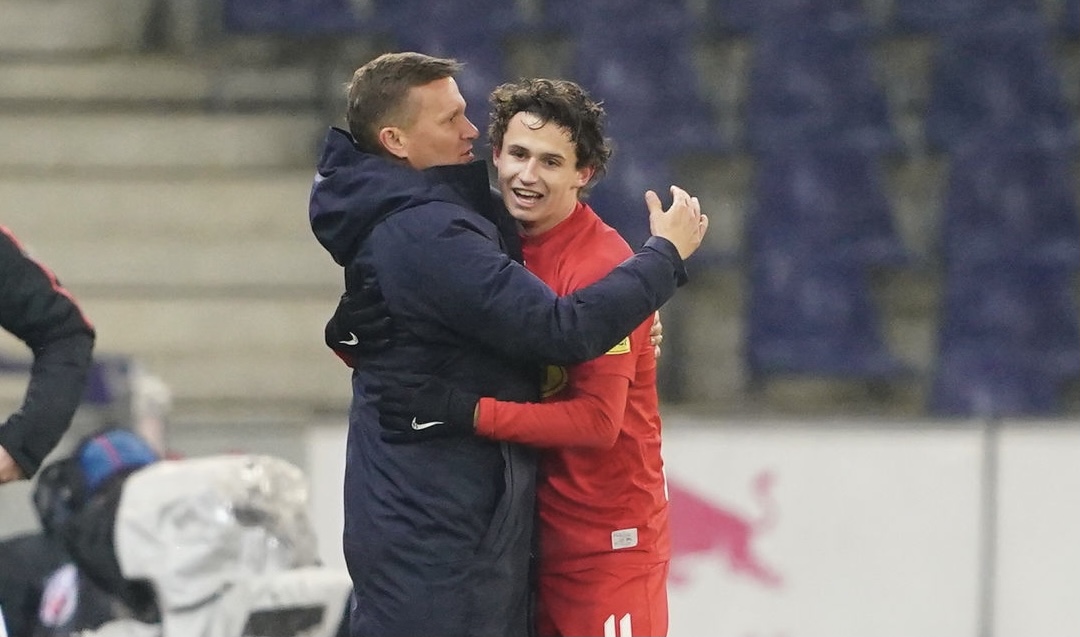 Aaronson pulled off a nifty dribble and finish inside the penalty area, helping the league leaders down Austria Vienna 3-1 at home. It was Aaronson’s first goal of the season since his move from the Philadelphia Union and it also capped off a strong outing for the 20-year-old.

After falling down in the 59th minute thanks to a Georg Teigl opener for Wien, Red Bull Salzburg would hit back to swing the match in its favor. Sekou Koita’s equalizer came in the 65th minute before Aaronson came up clutch with a confident finish.

The midfielder danced his way into the left side of the penalty box before creating enough space to send a right-footed curler into the right corner of the goal.

Aaronson was substituted off in the 84th minute, but watched his teammates cap off an important come-from-behind win as Luka Sucic scored in stoppage time. It was a victory that kept Red Bull Salzburg on top of the Austrian Bundesliga table, one point clear of second place Rapid Vienna.

The New Jersey native also completing four of his six dribbles, winning six of his 10 individual duels, while making one interception.

“It was fantastic to be there for the team,” Aaronson said post match. “Austria really tested us, and it was therefore a really important win. Our mentality was the key to our success today. The confidence we gained in recent weeks carried us through when we went behind.”

Salzburg next travels to Swarovski Tirol on Saturday while Austria Vienna hosts Hartberg on Sunday.