Koeman expects more from Dest, backs him to succeed at Barcelona 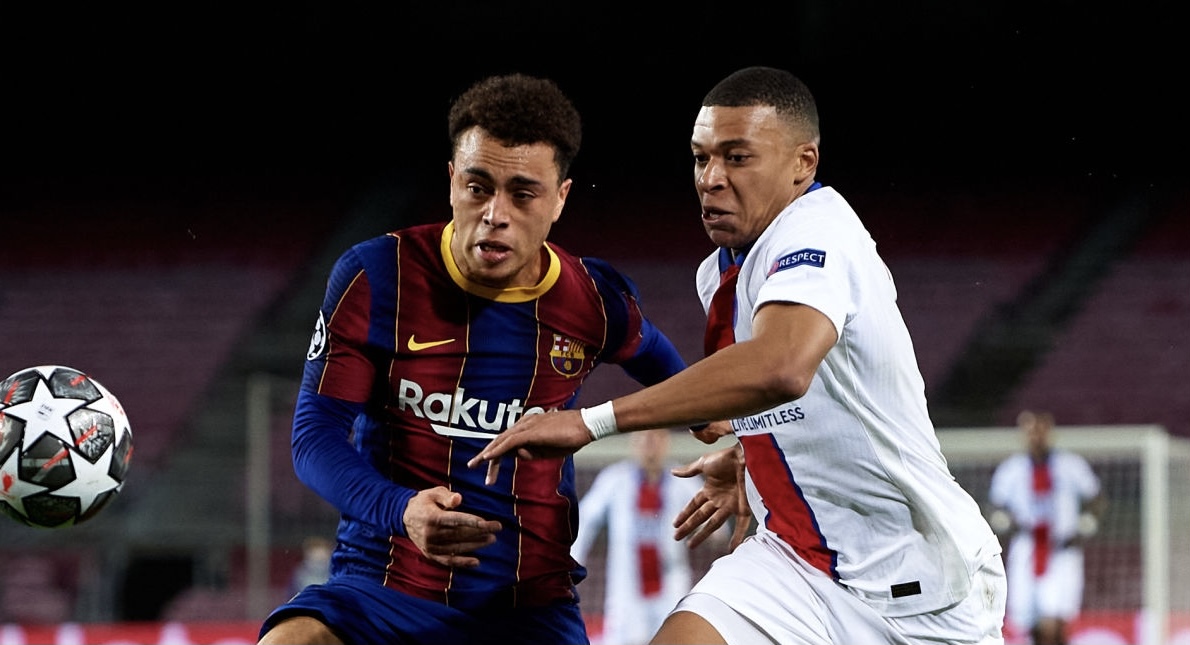 Sergino Dest and the entire Barcelona backline is coming off a horrid outing against Paris Saint-Germain in the UEFA Champions League and will now aim to show a short memory starting on Sunday.

Barcelona faces off with Cadiz in La Liga action, its first match since a 4-1 drubbing to PSG last week at the Camp Nou. Dest got the start at right back, but was unable to help stop PSG star Kylian Mbappe from stealing the show with a hat trick.

The U.S. Men’s National Team defender has showed promising signs at times this season, but overall isn’t producing at a high level regularly in Ronald Koeman’s squad. Koeman has continued giving Dest chances in the starting lineup and has started hinting at what he can improve on to be a top player for the club.

“Maybe because he has not been playing regularly and because he has had some injuries, that was an influence on his participation in the team,” Koeman said in Saturday’s press conference with reporters.

Dest impressed during his time at Ajax which caught the eye of Barcelona, giving him a major opportunity at one of the world’s biggest clubs. The 20-year-old has been in and out of the lineup recently through injuries, but since has recovered to play a part in the Champions League Round of 16.

With Barcelona aiming to pick up some silverware this season, Dest will be counted on to produce in many more big matches over the next few months. After catching Koeman’s attention on both the club and international level, the full back will now try to start a run of consistency as Barcelona aims to get back at their level of success.

“He’s a young player, that’s good, he can learn, but he needs to learn,” Koeman said.

“With all the positives he can bring to the team, he [also] needs to learn it is a big step to play for Barcelona than to play in Holland. He needs time, he needs advice, but it starts with the player himself.”

Barcelona faces Cadiz on Sunday before matches against Eibar and Sevilla over the next week.