USWNT stays perfect at SheBelieves Cup with win over Brazil 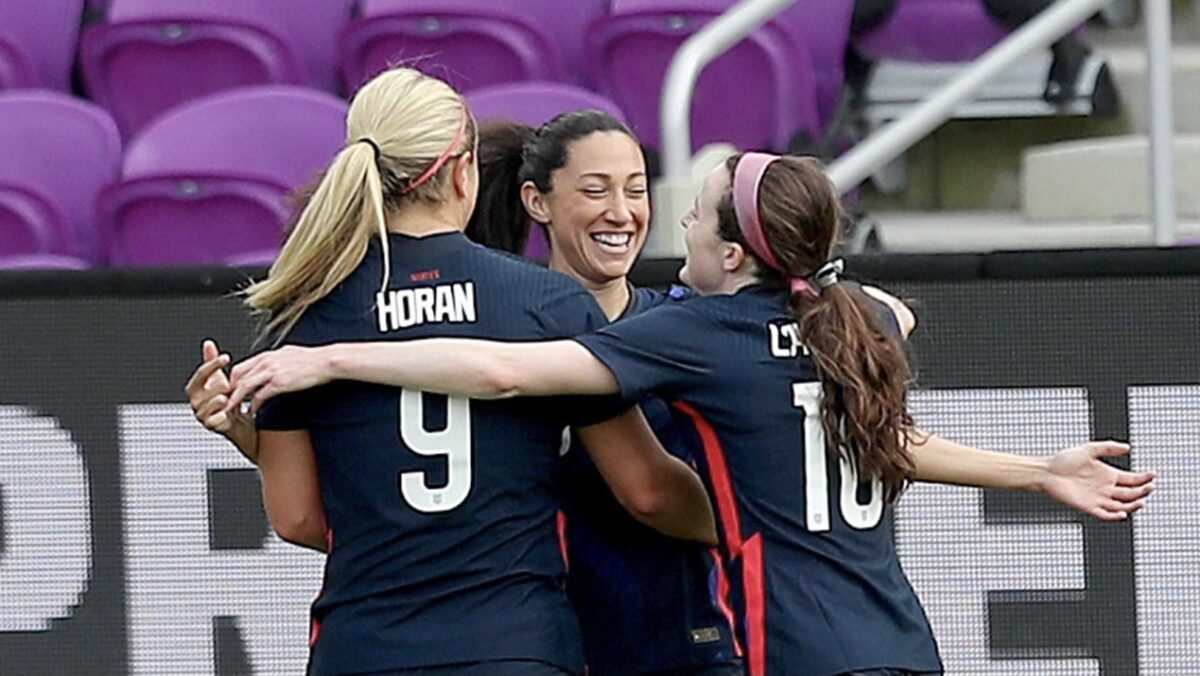 The U.S. Women’s National Team faced its toughest test of the SheBelieves Cup on Saturday, and served up a reminder of why it is still considered the favorites to win Olympic gold this summer.

Christen Press and Megan Rapinoe played the heroes at Exploria Stadium, as both scored in a 2-0 win over Brazil. It was also a second clean sheet of the tournament for Vlatko Andonovski’s side, which will conclude play on Wednesday against Argentina.

Press continued her good run of form in international play, scoring in the 11th minute. After receiving a pass from Lindsey Horan, Press cut inside before unleashing a right-footed shot into the bottom right corner.

WHAT A HIT! 🎯@ChristenPress puts the @USWNT in front vs Brazil with a perfect strike #SheBelieves pic.twitter.com/Px3IkHmWFm

It was her 10th goal in her past 13 appearances for the USWNT in all competitions.

Ludmila had the best offensive opportunity for Brazil later in the half, but Alyssa Naeher made a comfortable save in the center of the goal.

Rose Lavelle and Andressinha each had shots saved later in the match as the USWNT clung to a 1-0 advantage after the halftime break.

Megan Rapinoe was one of four USNWT substitutions in the second half, and after replacing Press in the attack, the veteran forward iced the result for the hosts in fine fashion. The 35-year-old registered her first goal of the tournament after beating Barbara down the middle for an insurance tally.

Icing on the cake for the @USWNT! 🇺🇸@mPinoe hammers it home to double the lead! pic.twitter.com/FXpC9yfPsG

Naeher finished with a pair of saves in goal, while defensively the USWNT backline helped shut down a Brazil attack that scored four goals in a Matchday 1 win over Argentina.

The USWNT will claim the SheBelieves Cup trophy on Wednesday with a win.