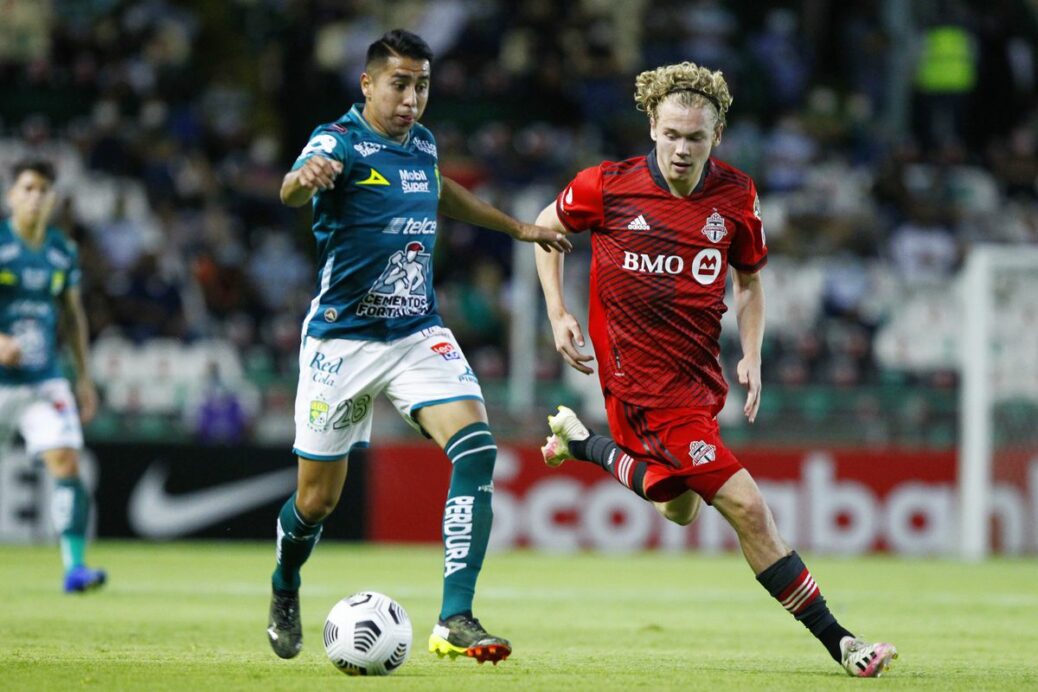 Toronto FC was on the back foot for most of Wednesday’s trip to Club Leon, but did enough to earn a reasonable result in Mexico to continue the positive start for MLS club in this season’s Concacaf Champions League.

An own goal from Club Leon’s Andres Mosquera helped Chris Armas’ side fight back to earn a 1-1 draw against the Liga MX side. Despite being out possessed 70%-30%, TFC hung on to take a huge result back home for the second leg.

Jozy Altidore and Michael Bradley had early chances on goal for TFC, but Rodolfo Cota was up to the task on both efforts. They would be the only shots on goal for TFC in the entire match, forcing them to defend heavily the rest of the way.

Fernando Navarro’s left-footed strike from outside of the box in the 25th minute put the hosts in front as Alex Bono couldn’t get to his low drive.

Toronto FC would stay in the match though and got a bit of luck on its side early in the second-half. Erickson Gallardo won possession in Leon’s side of the field and passed the ball ahead, but the pass deflected off a sliding Mosquera and looped into the back of the net.

The equalizer came on an unfortunate play for @clubleonfc!#SCCL21 pic.twitter.com/PUtCN3BMgT

Joel Campbell rattled the post in the 57th minute before being denied by Bono in the 66th minute outside of the box. Both Jean Meneses and Navarro tried their luck late in the match, but Bono repelled both efforts to keep TFC level late at the Estadio Leon.

Club Leon will be kicking themselves after only recording five shots on goal out of 18 efforts in total and know TFC holds the away goal tiebreaker heading into an April 14th showdown at Osceola Heritage Park.

The Philadelphia Union came into its first-ever Concacaf Champions League match with several key starters out through injury, but it didn’t stop them from picking up an important first leg victory in Costa Rica.

Kacper Przybylko’s first-half header proved to be the difference as Jim Curtin’s side earned a 1-0 result over Deportivo Saprissa in San Jose. It was a gritty performance from the Union in their first competitive match of the new season.

Not long after registering his first shot on goal, Przybylko was left wide open to hammer home a dangerous cross from Olivier Mbaizo. Mbaizo’s cross from the right wing was headed down the middle by the Polish striker, giving the Union a 1-0 advantage.

Saprissa picked up the pressure after halftime in hopes of earning an equalizer heading into the second leg. Daniel Colindres’ right-footed shot was saved by Andre Blake in the 47th minute while Kendall Waston’s wide open header missed just wide of the goal later on.

Kai Wagner saved the Union from conceding, heading off the goal line following a Saprissa corner kick in the 71st minute. Christian Bolanos’ eventual follow up missed wide of the net.

The Union would bunker down and defend the rest of the way, handing Saprissa a fifth-ever home defeat in CCL play and the second ever by an MLS side on the road. Blake’s stoppage time kick save helped preserve the win and clean sheet and also hand Jim Curtin his 100th career win as Union head coach.

Philadelphia will return to Subaru Park for an April 14th second leg, knowing reinforcements could be coming.