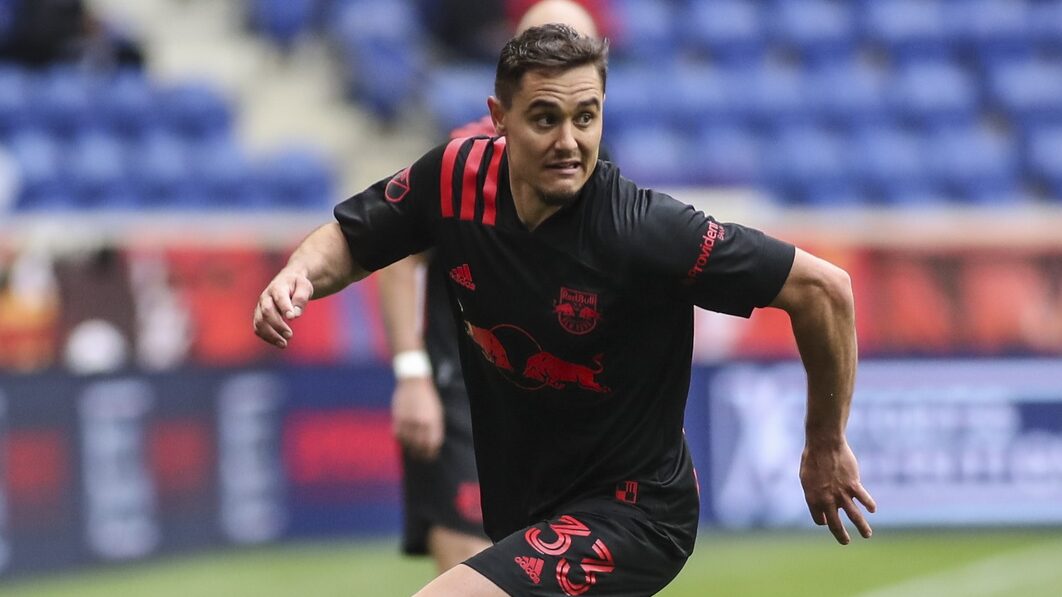 Aaron Long jumped in the air in the final seconds of the New York Red Bulls 1-0 loss to the Philadelphia Union on what looked like a harmless challenge, but his reaction after he landed and attempted to plant his right foot bore all the signs of a serious injury.

The U.S. Men’s National Team centerback immediately went down immediately and grabbed for his right leg in the 94th minute of Saturday’s match, eventually needing his teammates to carry him off the field. Long’s reaction and inability to put any weight on his right leg suggests he could have suffered an Achilles injury.

Here is a look at the play Aaron Long was injured on. The way he reacted when he tried to push off his right foot, and the aftermath, has the tell-tale signs of an Achilles injury. Really hoping it’s not. pic.twitter.com/J5iNw5CKDb

There has been no official word from the Red Bulls on the extent of Long’s injury, but he was carried to the locker room by a trainer and teammate, unable to put any weight on his right leg.

A serious Achilles injury would be a devastating blow for the 28-year-old defender, who was slated to be a starter for the USMNT in the upcoming Concacaf Nations League. If Long is seriously injured, then Gregg Berhalter will have to consider options ranging from Matt Miazga to Chris Richards and Miles Robinson for the right centerback spot next to John Brooks.

Long had enjoyed a strong start to the 2021 season, serving as a key veteran presence on a young Red Bulls side. If 2018 MLS Defender of the Year is forced to miss an extended period of time it will be a brutal blow for a Red Bulls side that will struggle to replace his quality in central defense.