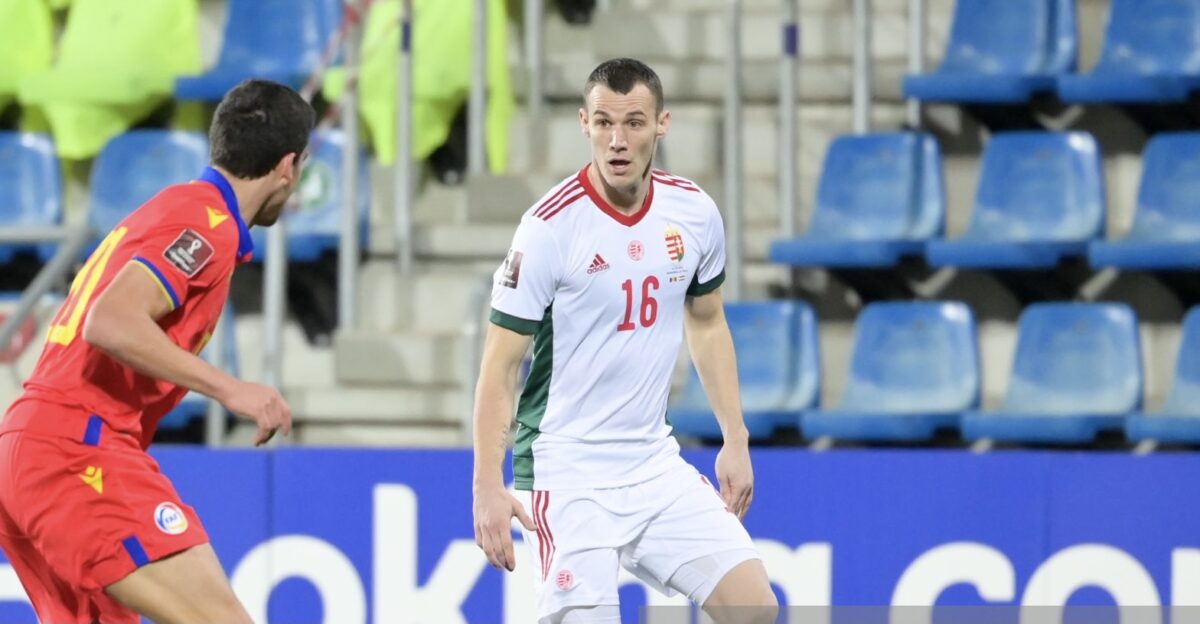 The Philadelphia Union have tried a variety of options to fill the attacking midfield void left by the winter departure of Brenden Aaronson to Europe, and will be hoping that their latest European acquisition can provide the answer.

Daniel Gazdag is the newest member of the Union after being acquired from Hungarian side Budapest Honved on Tuesday morning. The versatile attacking midfielder signed a two-year deal with the defending Supporters’ Shield winners, which also comes with two additional option years.

Gazdag was linked with the Union earlier this Spring, albeit while trying to help Honved avoid relegation from the NB 1 division. Now with his European season over, Gazdag is on his way to Chester to give Jim Curtin another option in his search for attacking midfield options.

“We’re excited to work with him,” Curtin said on a conference call Tuesday. “We talked with him through zoom calls, but with Visa issues it’s been tough to get him here right away. We’d like to get him in as fast as possible. I feel he fits our locker room in the fact that he did everything for his former club. He can play a lot of roles and with Honved he did everything that the club asked him to do.”
“He’s a good soccer player, he does a lot of good things with the ball. He’s very dangerous around the goal and can finish with both feet. He’s very scary with his movements and has played as a second striker, a No. 10 and a No. 8. We’re going to put him on the ball as much as possible.”
With Aaronson’s departure to Austria in January, the Union have used both Jamiro Monteiro and Anthony Fontana in the attacking midfield role through eight combined matches in all competitions. Jose Martinez’s recent suspension has forced Curtin to shuffle his pack in midfield, recently inserting Homegrown product Jack McGlynn and also using Leon Flach in the defensive midfield role.
Gazdag is coming off an outstanding campaign with Honved, leading the team with 13 goals and also contributing six assists in 31 matches. The 25-year-old has also emerged as an option for the Hungarian National Team, earning six caps to position himself as a potential inclusion for this summer’s European Championships.

“The talent this kid has is special to see,” Curtin said. “He’s certainly going to add a lot to this group. I think he will be a good fit.
“We have to find that balance. The second he gets here and connects with the other midfielders then that chemistry will start growing. We want him here as quickly as possible. Anything is possible on his start date.”
Gazdag’s arrival has not yet been determined due to a mixture of visa issues and his quarantine period from Hungary. The midfielder is also coming off a crucial run-in with Honved, where he was logging a lot of minutes, and doing everything he could to help the club survive relegation.
The Union will have four more matches before entering a two-week break in June due to the start of several international competitions. First is Wednesday’s showdown with the New England Revolution before dates with the New York Red Bulls on May 15th and D.C. United on May 23rd.
Finally the team will host the Portland Timbers at Subaru Park on May 30th, before not returning to action until June 20th. Curtin is hoping to have Gazdag here as soon as possible, but also admits the midfielder will likely miss time this summer due to his Hungarian national team involvement.
“We are trying to squeeze him in for the Red Bulls, D.C., or Portland,” Curtin said. “All likelihood he will be in the Euros for the National Team, which by the way will be a good test for him and Hungary as a whole in a tough group.”
“Then you worry about the workload because he is coming off a European season and likely National Team matches. We have to make sure we are calm with him and not ask too much from him too early, because we want to have him for the long haul this season.”