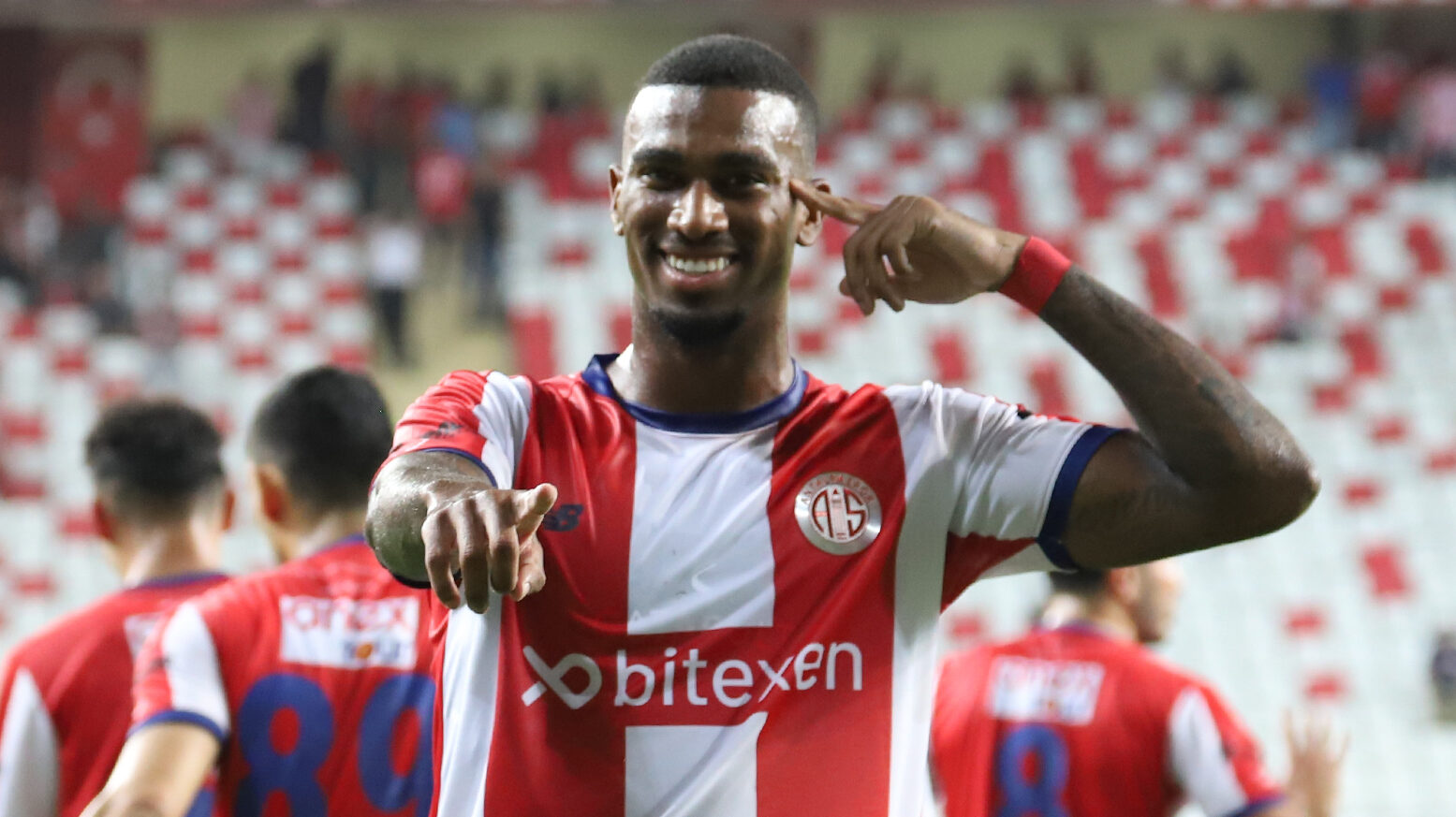 This summer has seen the list of promising American striker prospects grow after the Concacaf Nations League and Gold Cup, but Saturday saw yet another candidate make his case for inclusion on Gregg Berhalter’s radar.

Haji Wright scored a hat-trick on Saturday, including a stoppage-time winner from the penalty spot for Turkish Super Lig side Antalyaspor in a 3-2 win against Rizespor.

Having joined Antalyaspor on loan from Danish side Sonderjyske just one month earlier, Wright hadn’t scored in his first three starts for the Turkish club. That changed on Saturday, even after a VAR decision negated a ninth-minute finish by the 23-year-old former LA Galaxy academy product.

Wright shook that off and opened the scoring in the 18th minute, and added his second from the penalty spot in the 54th minute to give his team a 2-0 lead.

Wright has established himself as a regular starter with Antalyaspor since joining on loan from Sonderjyske following his breakout 2020/2021 season with the Danish club. Wright scored 11 goals for Sonderjyske before joining Antalyaspor this summer.

The former Schalke striker left the German club after the 2018/2019 season and endured a career setback during a disappointing season with Dutch side VVV Venlo. He was able to regain some career momentum with Sonderjyske, and now appears to be finding his groove as a starting striker in Europe.

Berhalter is no stranger to Wright, having called him in as part of a group of U-23 players who trained with the USMNT prior to the 2019 Gold Cup. Wright’s success at Sonderjyske wasn’t enough to earn a call from Berhalter in the spring, but continued success in Turkey could bring Wright closer to the national team picture.