Andonovski excited to see what fresh faces can bring to USWNT 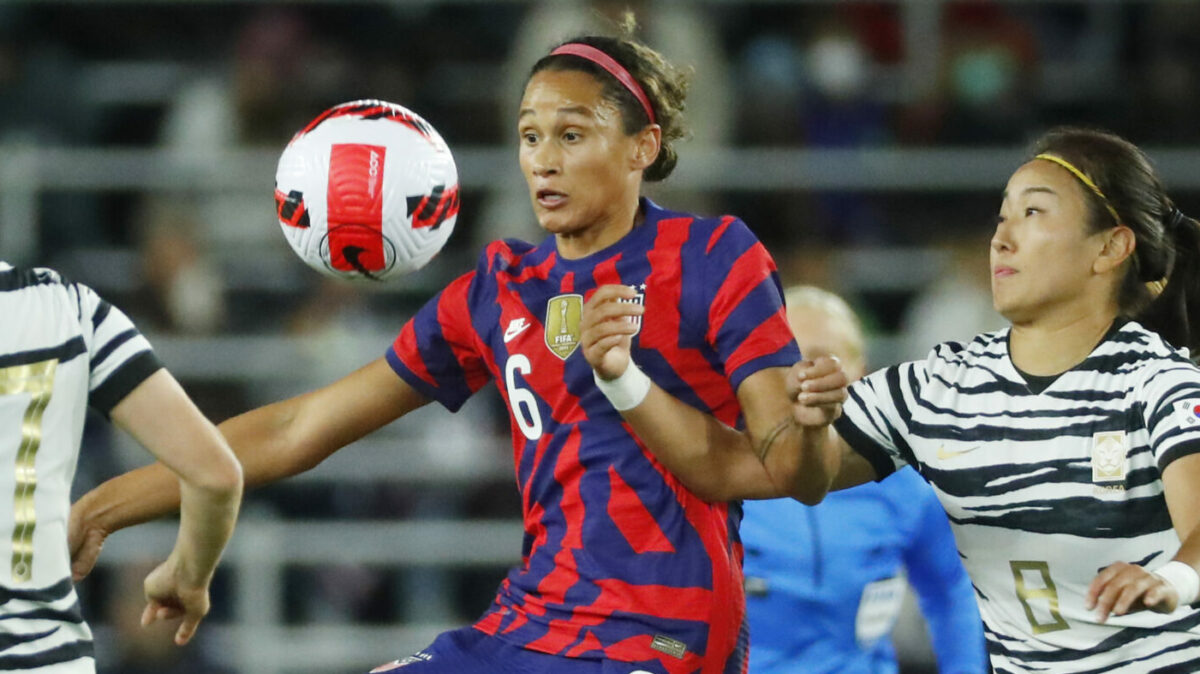 The U.S. women’s national team will conclude its 2021 schedule with a pair of road friendlies at Australia this month, and while the matches ultimately won’t mean much in the record books, it does give head coach Vlatko Andonovski an opportunity to see some new faces in his squad.

A total of 22 players were named to Andonovski’s roster on Tuesday as the USWNT prepares to hit the road for the final time in 2021. Several veteran players were left off the roster, including Alex Morgan, Samantha Mewis, and Christen Press for separate reasons, giving some younger players a chance to impress.

Twelve of the 22 players called in have 10 caps or fewer with the USWNT, while five of those 12 will be seeking their first senior caps. It will be a new-look USWNT taking the field in both Sydney and Newcastle, one that could bring long-term benefits to the roster as a whole in 2022 and beyond.

“We went all in for every position, I think it’s a great opportunity to put those young players in a tough and challenging environment,” Andonovski said in a conference call Tuesday. “Australia is an incredible team, playing at home with their fans, so we will find out pretty quickly who is cut out for big games under pressure.

“The team does rely on veterans and I’m not saying they are out of the picture going forward,” Andonovski said. “We’ll see a little more interchanging and we will also see who will be out and in down the road. We have players Sam Mewis or Kelley O’Hara, who couldn’t make it for different reasons, while Christen Press and Crystal Dunn had previously stated they would be opting out for the rest of the year.”

It will be the USWNT’s first trip to Australia since 2000, giving this new squad a chance to gather experience in a tough environment on the road. Australia will host the 2023 FIFA Women’s World Cup, so the early opportunity for the USWNT to experience matches on the road against one of the hopeful contenders is an important chance to gel together.

The absences of players like Morgan, Press, Megan Rapinoe, and Tobin Heath will give Andonovski the opportunity to see what other options he has at the forward position. Lynn Williams leads the way with 43 caps for the USWNT while Sophia Smith, Margaret Purce, and Ashley Hatch have all delivered strong seasons in the NWSL.

It’s a new opportunity for this current group of players to work with one another and set themselves for a possible role with the USWNT in a busy 2022 year.

“The forward position is an area where we needed to increase the competition,” Andonovski said. “We need to increase the overall experience of the players, so we have to give them games like this. Lynn Williams has Olympic experience, Sophia Smith who has been brilliant in the league and also impressed with the National Team. Midge Purce has also done well in the league and Ashley Hatch it’s hard to argue with her form right now. Even though it’s an inexperienced forward line, we’re still comfortable with them.”

Goalkeeper Bella Bixby and Casey Murphy, midfielder Ashley Sanchez, and forwards Bethany Balcer and Weaver will all be pushing to make their international debuts over the next few weeks, after earning the opportunity to face the 11th-ranked team in the world. All five have played throughout the current NWSL campaign and now have a strong opportunity to bolster their individual stocks with a lot of veteran players out of the squad.

Especially with the traditional January camp taking place to kick of the 2022 schedule, Andonovski expects to see plenty of effort from this current group of players to impress.

“Part of the reason why we picked some of the younger players is to give them a little taste of what this environment is all about and to show them they have potential to be on the World Cup team,” Andonovski said. “Who wouldn’t want to do well in these upcoming games knowing they are fighting for a spot on the later rosters?”

“The results of the games will not make a big difference on who we call into the next camp. For the most part, the players who are not in this camp have already been communicated with that they will likely not be in the January camp and they took that very well. We may see a couple of changes, we’ll decide that when we come back from Australia.”

The USWNT will take the field for the first time without legendary attacker Carli Lloyd, who now heads into retirement following the conclusion of her final NWSL season. With Lloyd no longer a part of the USWNT fold, Lindsey Horan will take over wearing the No. 10 for the Americans, giving the veteran midfielder an opportunity to grow as a leader.

The 27-year-old midfielder has already earned 106 caps for the USWNT, scoring 24 goals and lifting the 2019 World Cup title in France. With Lloyd’s presence no longer on the field or in the locker room, Horan is backed to take a bigger role with the USWNT after earning the opportunity to wear the historic No. 10 on her jersey going forward.

“We are expecting big things from Lindsey because she has worked hard to get to where she is today and now has a new opportunity in front of her,” Andonovski said. “Lindsey wanted the No. 10 and Carli was nice enough to give it to her and was excited to see her wear it after continuing to grow in the national team environment.

“The next chapter for her will be to take a bigger role as a leader on and off the field,” Andonovski said. “She is a total footballer, she knows the game, and is very versatile. At this point, it’s time for her to take it to the next level and control games as a player, but also as a leader.”