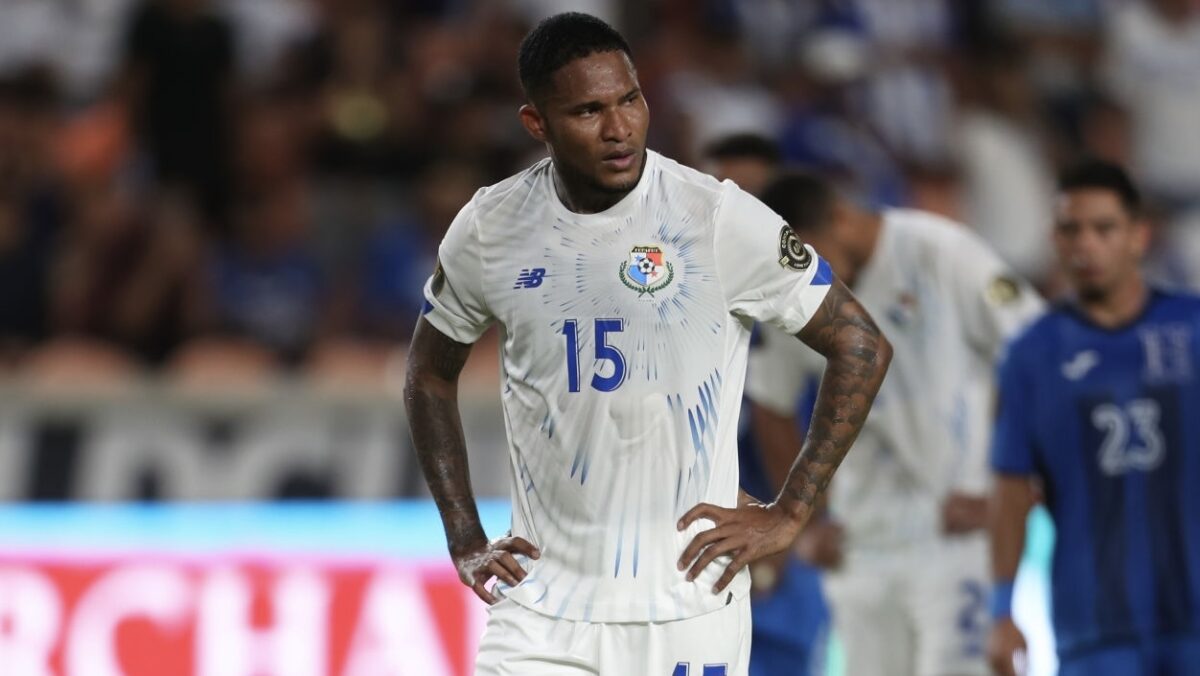 Panama was staring a disappointing defeat in the face on Friday night through 70 minutes of play, but eventually fought back to stay in the top four of the Concacaf World Cup Qualifying standings.

Thomas Christiansen’s side scored three goals in an eight-minute span, fighting back to down Honduras 3-2 in San Pedro Sula. Eric Davis’ 85th-minute goal proved to be the winner as Panama remained in touching distance of the top three spots.

Honduras broke through in the first-half as Alberth Elis sprung the hosts in front in the 30th minute, returning to international play in style. Omar Elvir’s through ball assist was slotted home by the Bordeaux forward, giving Honduras a 1-0 halftime advantage.

Panama would not lie down though, pulling a goal back in the 76th minute as Cecelio Waterman finished off a headed pass from Jose Fijardo, giving the visitors a lifeline.

Cesar Yanis equalized for Panama in the 79th minute after Omar Browne played Yanis in towards goal with a through ball. The substitute made no mistake, beating Luis Lopez to the bottom-left corner for a 2-2 score.

Eric Davis swung the match in Panama’s favor in the 84th minute, curling a left-footed free kick into the bottom-left corner and leaving the Honduran faithful frustrated to say the least.

Panama sits on 11 points after the comeback victory while Honduras remains bottom as new head coach Hernan Gomez suffered a loss in his debut with the national team.

Canada remained neck-and-neck with the USMNT and Mexico in the top-three, edging Costa Rica 1-0 in Edmonton for a third qualifying victory of the cycle.

Chances were few and far between, but Jonathan David came up with the goods for John Herdman’s squad. Stephen Eustaquio’s cross in the 57th minute was dropped by Leonel Moreira, allowing David to pounce on the rebound and slot home the eventual winning goal.

Despite having both Jose Ortiz and Joel Campbell back in the starting lineup, the Ticos failed to create much in the final third. Costa Rica finished with only one shot on goal in the match, now sitting five points back of fourth-place Panama after the road defeat.

Michail Antonio’s first goal for Jamaica looked destined to give the visitors a second-straight qualifying win, but El Salvador had other ideas to walk away with one point at home.

Andre Blake was key for Jamaica, making three prior saves in the match, before eventually seeing Roldan’s last-gasp header sneak into the top-right corner. It was Roldan’s first-career international goal in his 10th cap for El Salvador.

Antonio returned to international action for Jamaica and did not disappoint, coming off the bench to break the deadlock. Kemar Lawrence’s pass upfield eventually saw the West Ham United striker race forward with possession before chipping a shot past Mario Gonzalez.

Jamaica sits in sixth place on goal difference while El Salvador is seventh with a similar 1-3-3 record.