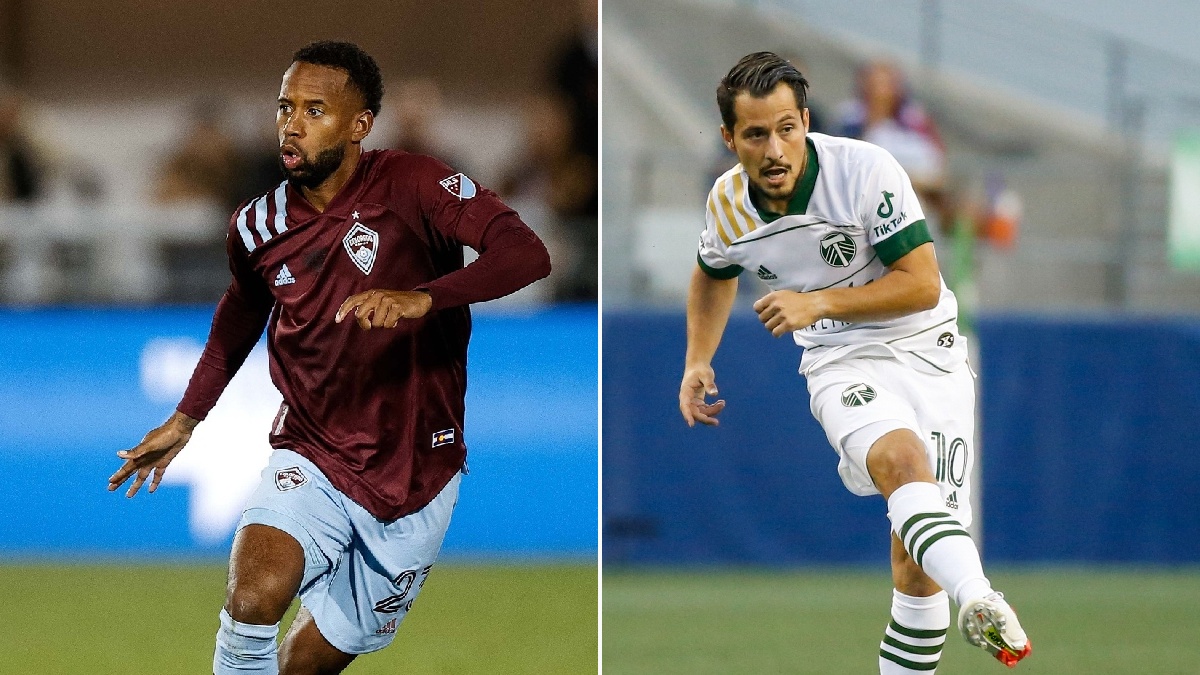 The Portland Timbers have given the Colorado Rapids plenty of reason to be afraid as the top-seeded Rapids open their 2021 MLS Cup Playoff campaign with more than two weeks of rest.

The Rapids are set to host the Timbers (4:30 p.m., FOX, FOX Deportes) and while being the top seed in the West makes Robin Fraser’s squad the favorite, the Timbers bring a wealth of playoff experience to a matchup that will be much closer than the seeds might suggest.

Sebastian Blanco inspired the Timbers with two goals in a convincing 3-1 romp over Minnesota United. The Timbers, who qualified for the playoffs on a strong run of form, continue to look like a whole new unit with a bona fide leader in Blanco, a healthy Felipe Mora and a veteran core in defense led by centerback Larrys Mabiala and defensive midfielder Diego Chara.

The Rapids, on the other hand, claimed the top seed in the Western Conference in a three-team race with red-hot form. The team left little doubt as to who is top in the West on Decision Day with a 5-2 trouncing of LAFC.

A host of young attacking talent and experienced midfielders make the Rapids a formidable opponent. Rapids coach Robin Fraser took the Rapids from being a relatively middle-of-the-pack team in the Western Conference at midseason and turned them into a disciplined group that can grind out results as well as score with the best of the league.

The Rapids are one of the most well-rounded playoff contenders in 2021, with a balanced attack that includes young talent such as Cole Bassett and Jonathan Lewis, plus an established attacking threat in Michael Barrios, whose eight goals leads the Rapids. In defense, 24-year-old American centerback Auston Trusty is having a career year, with U.S. men’s national team standout Kellyn Acosta providing cover as holding midfielder.

The Rapids have the upper hand in the season series, with a win and a draw in the teams’ two meetings in 2021. The Rapids most recently earned a 2-0 home win over the Timbers on Oct. 23. The Rapids also earned a road point against the Timbers in a 2-2 draw on Sept. 15.

Barrios has revamped his career in his first year with the Rapids, with a team-leading eight goals and six assists. He’s only two years removed from a 15-assist year with FC Dallas. Yet, Barrios has never scored in the playoffs. He’s going to need to continue carrying the load in the attack for the Rapids when it counts.

The 33-year-old forward is one of the hottest players in MLS right now. He’s scored five goals in his last three matches. His first-round Man of the Match performance in a 3-1 win over Minnesota United saw him take over the second half with two goals to send the Timbers through.

Trusty, who plays on the left side in a three-man back line, will have his hands full with the 30-year-old brother of Diego Chara, who is having an excellent season at right winger for the Timbers. Yimmi Chara found a few solid chances during the Timbers’ previous win over Minnesota. He finished the regular season with six goals and seven assists. Though the Rapids are strongest in the central midfield, the Timbers could hurt them coming down the flanks.

The Rapids’ trade to acquire Kaye in midseason was a statement of intent. Now, it’s time for Kaye to really make his mark with the team. Kaye’s presence in midfield, along with the outstanding play of Acosta, gives the Rapids one of the best backbones in the league.

The 35-year-old defensive midfielder is up against one of the best midfield units in the league. On top of that, the Rapids have plenty of scoring options in Diego Rubio, Cole Bassett, Dominique Badji or Jonathan Lewis. Chara’s job will be to stop those scoring chances from taking shape in the central midfield. That’s a tall task when facing Acosta and Kaye.

The 2021 MLS season has seen several young players become key contributors across the league. However, this intriguing playoff matchup pits together two teams with some of the best veteran presences in the league.

The Rapids figure to be strong favorites in this match, given their top-seeded status and the way they finished the regular season. However, that status didn’t seem to help the Seattle Sounders much as they fell at home to 7-seed Real Salt Lake, so the Rapids will have to be on their toes. Another factor that comes into play: Can the Rapids continue where they left off after 18 days with no game? The Timbers’ win over Minnesota United surely gave the team a shot of confidence for this matchup.

Both clubs have outstanding veteran leadership in their back lines, with the Rapids anchored by midfield vets such as Acosta, Jack Price and Collen Warner. Diego Chara and Larrys Mabiala hold things down in defense for the Timbers and provide more than enough experience in a playoff atmosphere. That dynamic is sure to keep this a tightly contested Western Conference Semifinal and an interesting tactical battle between Fraser and Timbers manager Giovanni Savarese.

The Rapids should be on high alert after seeing what happened to the Sounders, and Fraser’s squad has the experience and form to pass the test against the Timbers. If Blanco can stay hot, however, the Timbers have a serious opportunity to make a playoff run.