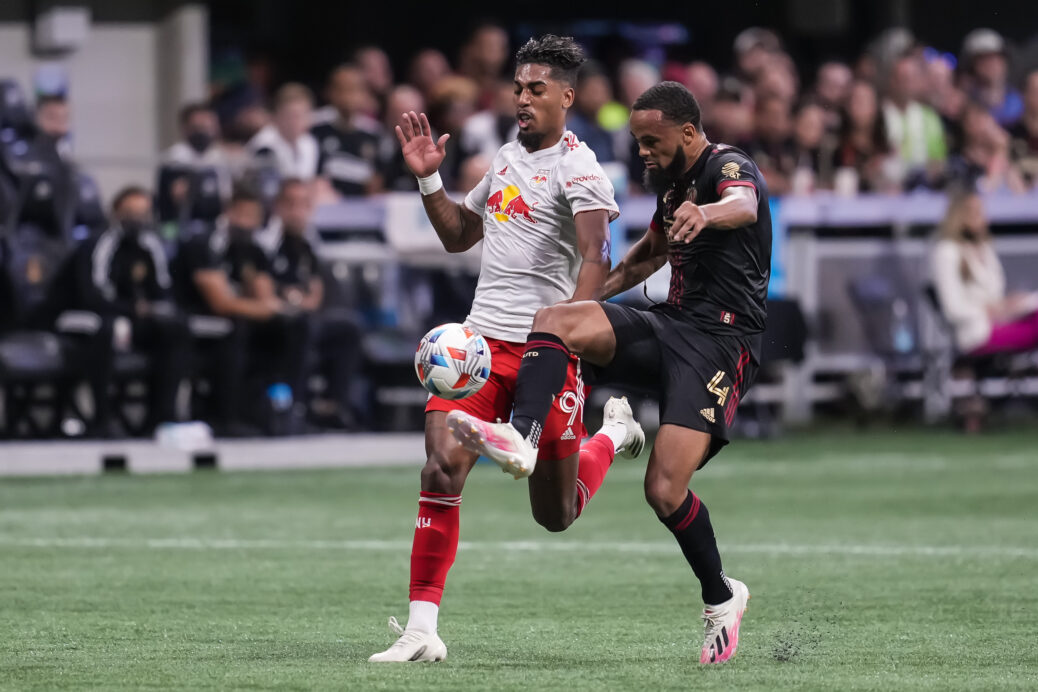 Several MLS clubs could get a major boost to their playoff hopes on Wednesday, if they are able to pick up victories in their final matches before Decision Day.

Atlanta United and the New York Red Bulls are neck-and-neck in the Eastern Conference playoff race, sitting just one point apart in the standings with two matches left to play. The teams played out a scoreless draw in Atlanta in June, but both will be hoping to walk away with three points prior to Sunday’s finale.

Real Salt Lake sits just outside of the final playoff spot in the Western Conference, needing to gain maximum points from its final two matches for any chance of clinching a berth. A 4-3 defeat to San Jose over the weekend definitely hurt RSL’s chances and Wednesday’s date with fourth-place Portland won’t be any easier. The Timbers are aiming to move further away from the red line and recently snapped a three-match losing run to help boost their confidence.

Sporting Kansas City’s quest for the top spot in the Western Conference continues Wednesday with a trip to last place Austin FC. Peter Vermes’ side will be favorites to leave Q2 Stadium with three points, but the hosts could pose a major threat knowing they can play more freely with no postseason coming. Johnny Russell remains the man in form for SKC on the road.

CF Montreal’s playoff hopes could come to an end Wednesday if the Canadian club doesn’t walk away with a win or draw against the Houston Dynamo. Wilfried Nancy’s men need a spark to snap a four-match winless run and Djordje Mihailovic will look to provide it with Romell Quioto still injured.

The New York Red Bulls grinded out a 1-0 win over CF Montreal on Saturday and will now look to deliver a sucker punch to Atlanta United’s playoff hopes.

Fabio’s 91st-minute winner on Saturday helped spring the Red Bulls into the final playoff spot for now, setting up a tough date with the Five Stripes in Harrison, New Jersey. New York has posted three clean sheets in the past five matches, a promising sign heading into a showdown with Josef Martinez, Ezequiel Barco, and others.

The Five Stripes are riding a four-match unbeaten run coming into Wednesday’s match, last tying Toronto FC 1-1 at Mercedes-Benz Stadium. Luiz Araujo and Marcelino Moreno have led the way with five combined goals between them in the past four matches, while Josef Martinez is always a threat in the final third.

Atlanta has yet to win on the road against the Red Bulls, a theme Gonzalo Pineda will hope changes this week.

Four points separates Real Salt Lake and the Portland Timbers in the Western Conference standings, as both teams aim to give their playoff pushes a boost.

Real Salt Lake is on the outside looking in, sitting two points out of the final playoff spot. A 4-3 loss to San Jose on Saturday wasn’t the best result for Pablo Mastroeni’s side, especially at this time of the season. Damir Kreilach’s 15 goals have definitely helped the team throughout the campaign, but the Croatian veteran might need to add to that tally Wednesday for RSL to have a chance at three points.

Portland can’t catch the top three teams in the West, but can clinch its playoff berth with a win this week. The Timbers snapped a three-match losing streak after downing San Jose 2-0 on Oct. 27, seeing Yimmi Chara and Dairon Asprilla each contribute goals. Asprilla, along with Felipe Mora, have 21 combined goals this season, a nice 1-2 punch for Gio Savarese’s squad this season.

Sporting Kansas City will be favored to rebound on Wednesday in Austin, but Peter Vermes’ side cannot expect a breeze at Q2 Stadium.

A 2-1 loss to Minnesota United on Sunday snapped a two-match winning run for SKC, once again giving both Seattle and Colorado the chance to fight for the No. 1 seed. Johnny Russell’s eight-match consecutive scoring streak also came to an end in St. Paul, but the Scottish winger will aim to find the back of the net once again. Russell and Daniel Salloi have combined for 30 goals this season, giving SKC two deadly options to call on.

Austin FC’s debut MLS season will not end with postseason involvement after the club struggled for much consistency in 2021. Josh Wolff’s side sits bottom in the West on 28 points, but could finish above Texas rivals FC Dallas and Houston if they win their final two matches. Diego Fagundez and Cecelio Dominguez each has seven goals apiece and will be eager to spoil SKC’s party in their home finale.

CF Montreal’s playoff hopes could be finished on Wednesday if the club fails to defeat or tie the Houston Dynamo.

Wilfried Nancy’s side have struggled at the wrong time of the regular season, failing to win any of their last four matches. A heartbreaking 1-0 loss to the Red Bulls on Saturday didn’t help Montreal’s cause for the postseason berth and now the club will feel it has to win on Wednesday for any true chance of making the playoffs. Top scorer Romell Quioto remains out through injury, so Djordje Mihailovic and Joaquin Torres will be expected to up their game.

Houston has lost its last three matches and four of its last five overall, giving CF Montreal a promising chance of winning on Wednesday. Goals have been hard to come by for the Dynamo this season, scoring only 36 through 33 matches, which are the second-fewest in the West this season. Darwin Quintero and Maxi Urruti will lead the way on Wednesday as Houston tries to end its season on a winning note.