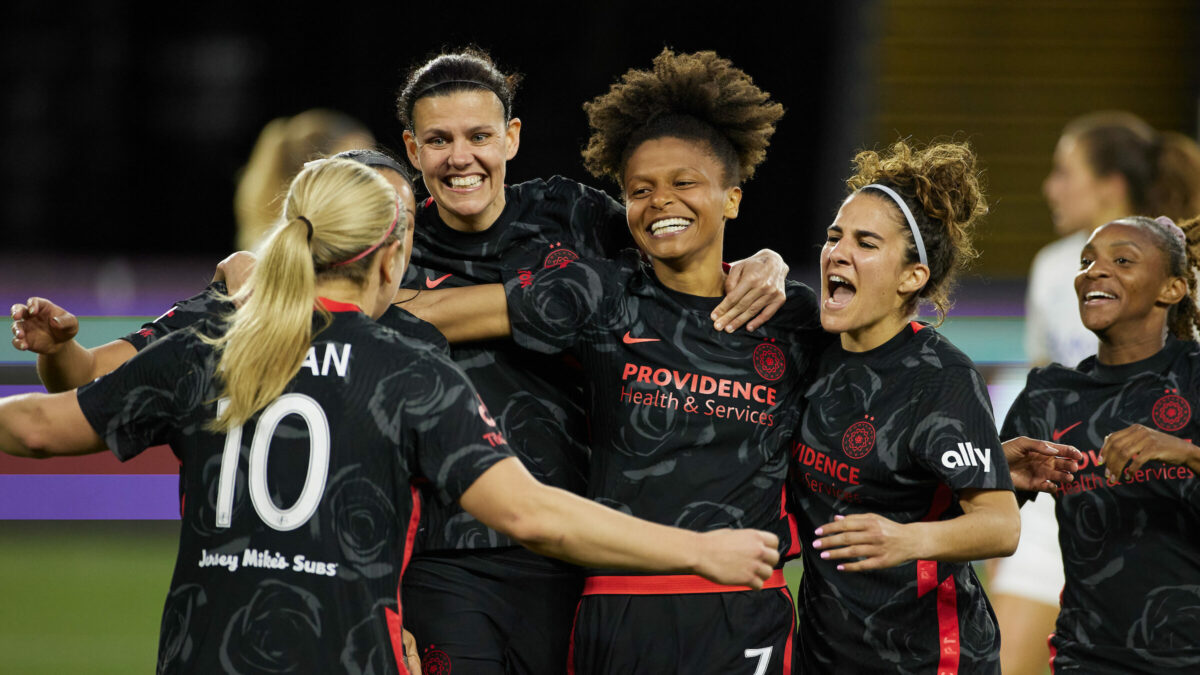 Playoff time is upon the 2021 National Women’s Soccer League season, and anything can happen in a league that has proven, once again, to have an unmatched level of parity.

The six-team playoff field features familiar powerhouses and some disruptive newcomers vying for the first natural championship since 2019 and by that technicality, the North Carolina Courage play the role of defending champion.

The Portland Thorns are the odds-on favorite and come in looking to collect their fourth piece of hardware this season, including the NWSL shield which earned them a first-round bye. They’ll be sitting out of the quarterfinal round with second-seeded OL Reign, and both will enjoy home-field advantage in next week’s semifinal round.

As for the teams in action, all four believe they have a case to shake things up. The Courage have passed the torch to the Thorns in the last couple of seasons and desperately need to win something to revive their once-untouchable reputation. They’re billed against a youthful and dangerous Washington Spirit side that took third place this year.

On the other side, the Chicago Red Stars will be the first to attempt to play spoiler in Carli Lloyd’s quest for one last moment of glory before retirement with NJ/NY Gotham. Believe it or not, the 39-year-old has never won an NWSL title and has a cast of characters that didn’t require much of her assistance to claim their playoff status for the first time since 2013.

Here is a closer look at this weekend’s quarterfinal matchups:

Season series: Gotham defeated Chicago 2-1 on July 25, two scoreless draws on May 22 and September 4. Did not meet in 2021 Challenge Cup.

Outlook: The addition of Lloyd makes for a three-headed monster leading the charge in Gotham’s attack. Both Margaret Purce and Ifeoma Onumonu have been valuable goal threats for Gotham all season, and this game will come down to limiting exposure to the danger.

Fortunately for Reds Stars fans, Tierna Davidson has spent more time than most with Lloyd thanks to recent U.S. women’s national team camps and should be able to provide a tip or two. Davidson’s partnership with Sarah Gorden has been one of the best central defender pairings in the league all season, and don’t forget about Casey Kreuger’s ability in an outside back role.

Chicago has been the beneficiary of a record-breaking and almost unbelievable six own goals, which can be attributed to four wins in 2021. The wild stat is one part luck. The other, and more importantly, putting their opponents in compromising situations.

In the end, if playoff chaos ensues and turns into a goal-fest, Gotham is more likely to find a solution to emerge as the winner. Chicago’s front line of Mallory Pugh, Kealia Watt, and Makenzy Doniak is certainly dangerous but hard to picture besting a Gotham backline that only gave up 21 goals (second-best in NWSL) this season.

Outlook: It is important to note that both teams endured a for-cause coaching change this season.

Line by line, Sunday’s contest looks to be evenly matched.

Overall, the Courage have the more experienced side and several players who were a part of the team’s cakewalk of 2017-2019. The issue is, they’ve been intact for most of the season and haven’t inspired a ton of confidence. Missing Sam Mewis due to injury won’t help things, either.

The game will come down to who wins the battle in the middle. North Carolina will be looking for former MVP Debinha to take the lead in the midfield, and Andi Sullivan, a USWNTer back on the rise, will be her opposite number. The matchup is intriguing and who gets the better of it is impossible to guess.

But if you want a prediction: both teams will get their opportunities and bravery will be rewarded. Washington has the personnel capable of making individual decisions and taking big chances. It’s a playoff game after all, right?