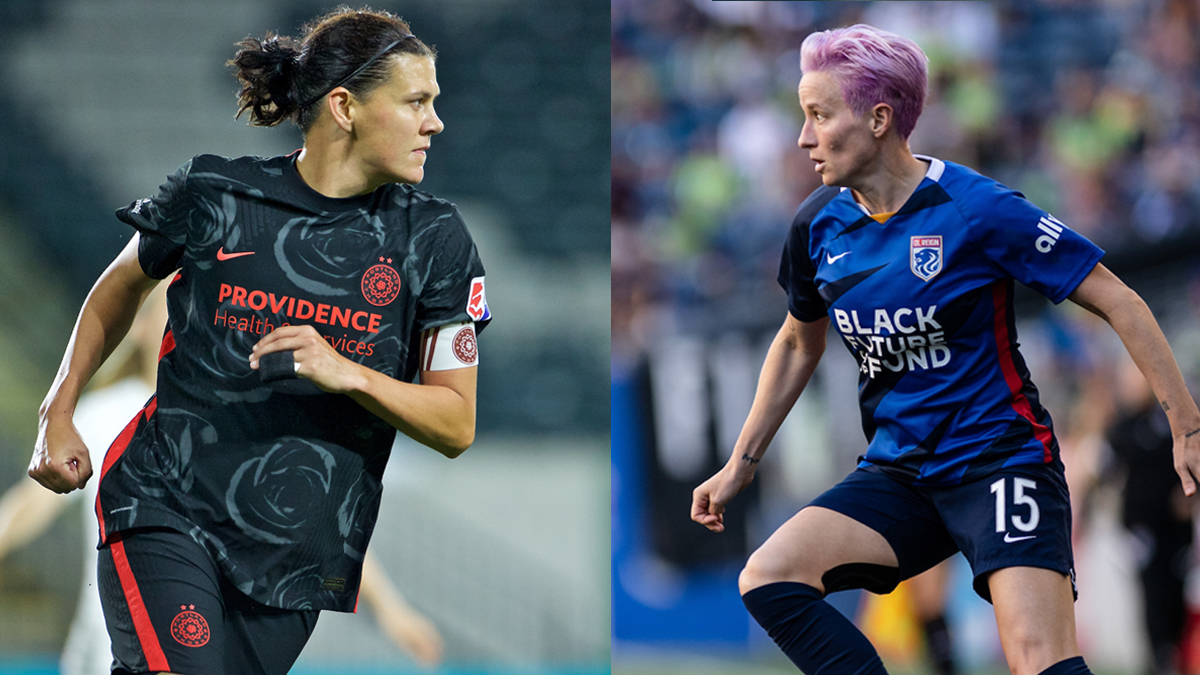 A similar storyline is set to play out in the National Women’s Soccer League playoff semifinal matchups on Sunday.

The Chicago Red Stars and Washington Spirit each play the underdog role after clawing out 1-0 wins in last week’s quarterfinals, and will hope that they stayed fresh while the Portland Thorns and OL Reign reaped the reward of earning a bye week.

Portland has its sights set on closing out the year with its fourth title but has to fend off a red-hot Red Stars side that has grown to be unstoppable in the last four games. MVP candidate Mallory Pugh was expected to lead the charge, but has been ruled out after landing on the COVID-19 list.

In Tacoma, Megan Rapinoe and OL Reign are looking to end the Washington Sprit’s season, but it will require some new ideas from head coach Laura Harvey and company. The Reign are the favorite thanks to a convincing end of the season, but Washington beat them twice this year and just might have the blueprint to spoil the party.

Here is a closer look at Sunday’s semifinal contests:

Outlook: Ashley Hatch and Bethany Balcer finished number one and two in the 2021 golden boot rankings and spearhead the attack for their respective sides and that should make for a busy game.

Both teams come in the polar opposite of one another. You’re looking at an experienced Reign side that had a bye week going up against a younger Spirit side who played 120+ minutes in the quarterfinal.

Washington is a fast-paced athletic team that might not have wanted the bye considering its five-game winning streak within a 10-game unbeaten run, but life comes at the Spirit quickly with running into experienced winners like Rapinoe and Rose Lavelle.

Reign did not need much assistance from their USWNT stars, who missed significant time on international duty in the regular season, to qualify as a No.2 seed. The additions give Laura Harvey’s side a real lift in terms of star power on the left side of the field to compliment steady scorers Balcer and Eugénie Le Sommer.

The question for Reign will be how they neutralize Hatch and the Washington attack. They’ll be looking for an answer in up-and-coming center back Alana Cook. The 24-year-old will be looking to shine on the semifinal stage after being named on the American roster for a pair of friendlies later this month.

That plus the home-field advantage and familiarity with the pitch at Cheney Stadium (which primarily serves as a baseball stadium) looks like Reign has a bit more going for it at the moment.

Outlook: Portland is the odds-on favorite for a reason. Three reasons to be more accurate. So far, the Thorns have won the 2021 Challenge Cup, International Champions Cup, and the NWSL Shield. Head coach Mark Parsons is set to depart for the Dutch women’s national team at the end of the season and is looking for a perfect sweep of all hardware for the taking this year before he goes.

Chicago is naturally playing the underdog role as they travel to Providence Park for a big test, and come in on a better run of form than the hosts. The Red Stars are on a four-game winning streak, compared to Portland’s one win in its last five.

But that clip isn’t who Portland has been all season. Parsons and company will be hoping they made good use of the bye week and can rejuvenate for the two-game sprint ahead.

The Thorns’ job just got a lot easier after Mallory Pugh was placed on the COVID-19 list, ruling her out for Sunday’s game. They’ve only allowed a league-best 17 goals all season and that is thanks to a world-class backline equipped with headliners Becky Sauerbrunn and Meghan Klingenberg.