On USMNT: The five key USA-Mexico matchups to watch 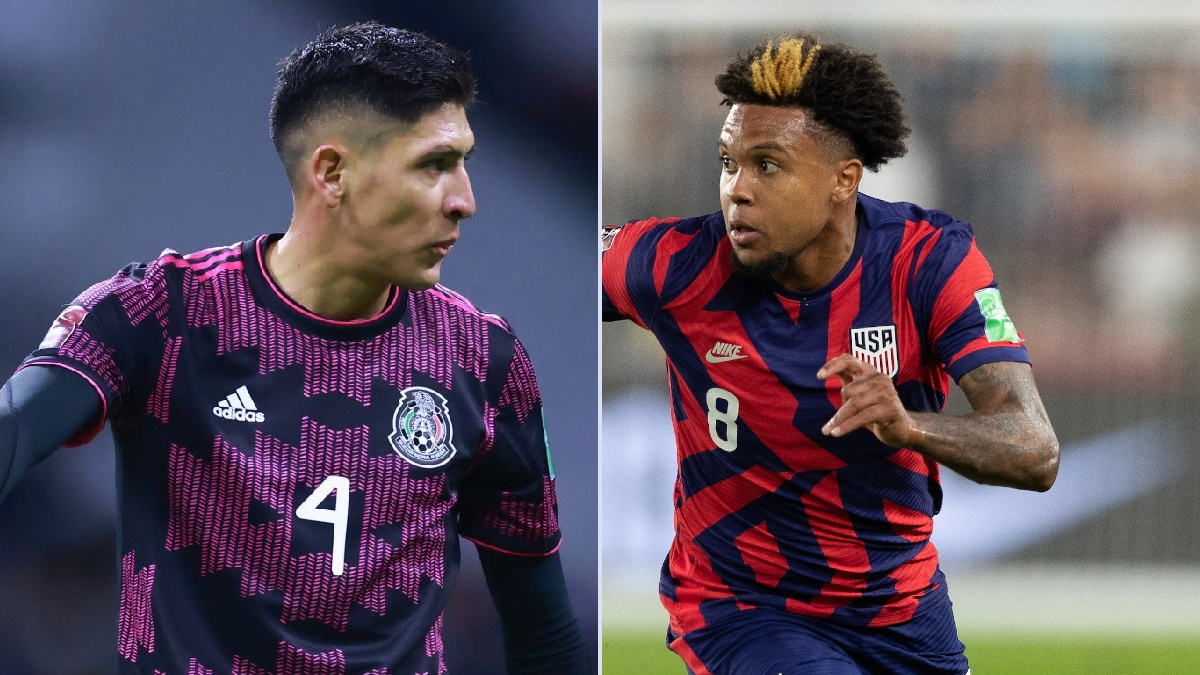 The U.S. men’s national team’s clash with Mexico on Friday will be a battle of high-level individual matchups all over the field, as well as a clash of two coaches who know each other well, and the final verdict on whether it is Gregg Berhalter or Tata Martino celebrating in Cincinnati.

From a coaching standpoint, Berhalter has gotten the better of Martino after winning both the Concacaf Nations League final and Gold Cup final this past summer, which when added to the MLS playoff victory Berhalter’s Columbus Crew delivered over Martino’s Atlanta United in 2017, gives the American coach a clear edge over his counterpart, who can count the 2019 Gold Cup final as his one high-level victory over the USMNT coach.

The two coaches will have a big part to play on Friday, but it will be the game’s high-profile individual matchups that decide the winner at TQL Stadium.

Here is a look at the five key matchups to watch when the USMNT and Mexico square off on Friday:

Robinson has been on an outstanding run of form for the USMNT, and is now the team’s top centerback. His impeccable 1-on-1 defending skills will be needed to contain Jimenez, who has returned to his lead striker role after missing almost a year with a fractured skull.

Jimenez can beat you with physicality rather than speed, which Robinson has shown an ability to deal with, though this will be his first time facing the Wolves striker.

McKennie is the most in-form American player while you could make a case for the same being said of Alvarez. McKennie isn’t a pure attacking midfielder but the success he had against Mexico in Nations League should lead to Martino having Alvarez pay extra attention to the Juventus midfielder.

That is if Alvarez plays in midfield. Mexico is missing two of its top three central defenders and Martino could be tempted to use the Ajax standout at centerback rather than in the defensive midfield role he played in October.

Herrera is one of the driving forces in Mexico’s attack, and he will be a player Adams looks to neutralize the Atletico Madrid midfielder, who was El Tri’s best player at the Gold Cup, but who is still looking for his first goal or assist in the Octagonal after missing out on September’s matches due to injury.

Much like McKennie, Herrera isn’t an outright attacking midfielder, so Adams won’t have to necessarily shadow him. He will also be looking to deal with Andres Guardado as well, but it is ultimately Herrera who serves as Mexico’s most dangerous threat in central midfield.

These two veterans have done battle on multiple occasions, and both have enjoyed some success. You can argue that Lozano has the edge these days given the level his game has reached, and how sharp he looked in October, but Yedlin has become a regular starter at Galatasaray and should up for the challenge.

Berhalter could consider starting Reggie Cannon at right back for his strong defensive qualities, but Yedlin held his own against El Tri in the Nations League final, and knows Lozano’s game as well as anyone in the USMNT setup.

Dealing with Mexico’s dangerous wingers is always a challenge, and Robinson had a good seat to watch what El Tri’s wide players can do at the Nations League final. Robinson is in excellent form and has cemented his hold on the starting right back position and he’ll be facing a Tecatito Corona who looked very sharp in October’s qualifiers.

Robinson can’t just focus on defending though, his ability to get forward will be key as well, as he tries to force Corona to help his defense by dropping back to deal with Robinson’s surges forward when the USMNT can secure possession.

What do you think of these matchups? Which one do you see being the most important? Which match didn’t make the list that you think could wind up having a big part to play on Friday?