On USMNT: Why the John Brooks omission isn’t about form, but about fit 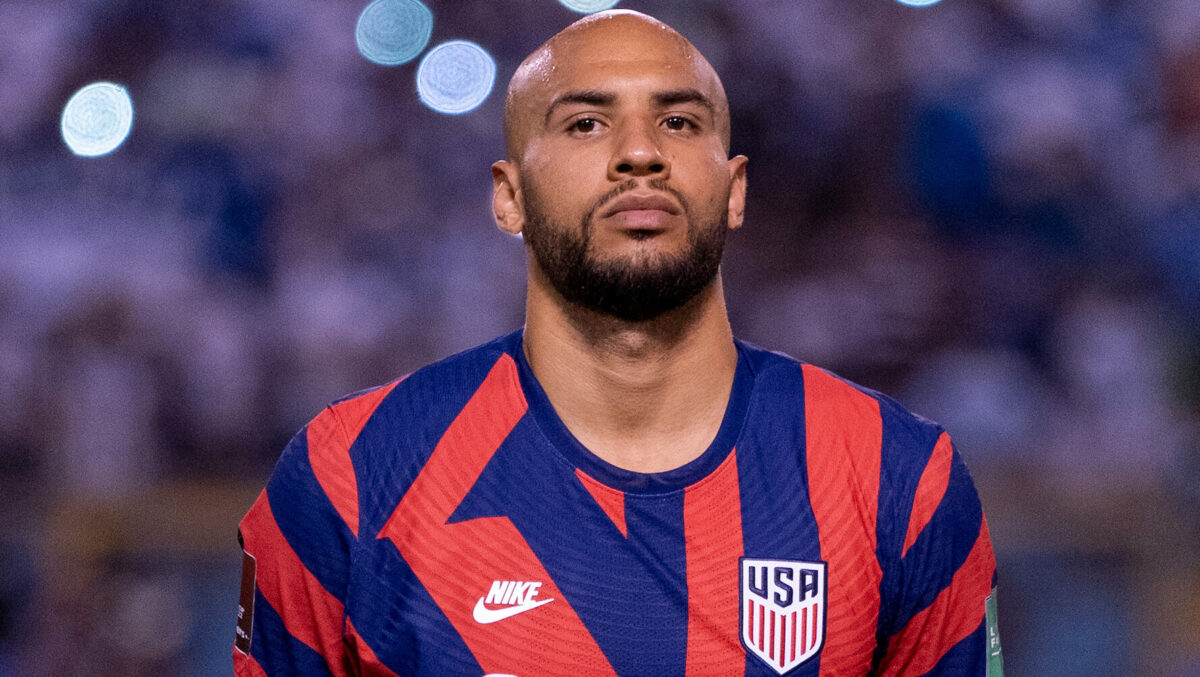 The moment the word “form” came out of Gregg Berhalter’s mouth regarding his decision to omit John Brooks from the U.S. men’s national team’s roster for November’s World Cup qualifiers, he had to know that choice of words would be picked apart like vultures on roadkill.

And why shouldn’t it? Brooks had just come off a strong outing in UEFA Champions League, his second straight solid outing and fifth straight start, and one of the players chosen ahead of him was Mark McKenzie, who had managed to play in just one of his club team’s past five matches.

Berhalter did emphasize that it was his form with the national team, which also felt like a bit of a stretch given the fact his struggles took place back in September. Two months had gone by since Brooks had rough outings against Canada and Honduras, and yet there were players who had poor October windows who were right back with the team for November.

Berhalter’s decision to leave Brooks in Germany doesn’t seem to be about form, not specifically, but rather about a combination of Berhalter looking at a certain way he wants to approach the November qualifiers against Mexico and Jamaica, and the reality that his confidence in Brooks’ ability to be a good fit in that approach has been shaken.

You could find clues to support this idea in Berhalter’s own comments about the centerbacks he did call in.

Mark has had World Cup qualifying experience, playing in a couple of these games. And for him, it’s a question of, he has that athleticism, he has the ability to cover the backline is a very good one v one defender, and we feel if we’re going to be pressing high, he’s a good player to give us cover in this camp.

It’s important that our whole backline is aggressive, is able to move forward, is able to condense the field, is able to build out a back. We put a lot of pressure on our backline to look to be good both defensively and offensively. Walker has certainly shown that he can play  that role.

Pressing high with centerbacks to condense the field isn’t some new idea, but Berhalter surely took note of the success Canada had with pressuring Mexico in their 1-1 draw at Estadio Azteca in October. The Canadians were proactive, and pushed numbers forward, looking to press Mexico when they could, at least until they began to inevitably tire in the Mexico City altitude midway through the second half.

There was still something for Berhalter to consider. You wouldn’t blame him for seeing similarities between the USMNT and Canada, and playing a high line against Mexico could work if he deployed the type of defenders with the speed, athleticism and poise needed to pull it off.

This brings us to Brooks, who was repeatedly exposed in space against Canada and Honduras in September. Brooks has always been a bit slow on the turn, but his tentativeness in September was clear to see, and it led to several bad moments that surely stuck in Berhalter’s memory when he eventually started thinking about how to best deal with Mexico’s full-strength attack (as well as a Jamaica attack with Mikhail Antonio and Leon Bailey).

In fairness to Berhalter, Brooks did hit a poor run of form that extended beyond his September struggles in qualifying. He went back to Wolfsburg after those matches and struggled to play at a high level. Those woes coincided with a poor run of results for Wolfsburg, which led to the firing of Mark Van Bommel.

Things have started to turn around for Brooks at Wolfsburg with the arrival of new manager Florian Kohfeldt, who has helped guide the club to a run of three consecutive wins, with Brooks playing his best soccer since August.

Adding more support to theory that Brooks’ omission isn’t about form is the absence of Tim Ream from the November squad. Ream is in very good club form for Fulham, and played well in his last USMNT start, in the September draw against El Salvador. So if it were about form and not about tactical fit then Ream should have gotten the nod over McKenzie, but it’s pretty clear Ream’s lack of quickness mattered more than McKenzie’s lack of recent club playing time.

A Miles Robinson-Chris Richards tandem could be perfect for the assignment of trying to press high against El Tri. They are both fast, strong and good with the ball, and both are good 1-v-1 defenders who can handle themselves in space (Robinson has put on a masterclass in defending in space in recent months). Walker Zimmerman isn’t as quick as Richards and Robinson, but he’s quicker than Brooks and showed well in October’s qualifiers, playing with a confidence that had to impress Berhalter.

Does this mean Brooks’ time with the USMNT is over? Not necessarily, but if a Richards-Robinson or Robinson-Zimmerman tandem shines against Mexico, and Berhalter’s plan to try and press opponents more winds up producing four or six points in November’s qualifiers, then Brooks will find himself facing a real challenge to regain his starting spot.

Don’t go counting him out though. Brooks is still very much a high-level defender, and as much as Berhalter’s Brooks omission might be motivated more by tactical fit than by player form, Brooks could force Berhalter’s hand by maintaining consistently high level of play for Wolfsburg, like we saw from him last season.

THAT John Brooks will be very hard to keep off the USMNT roster.