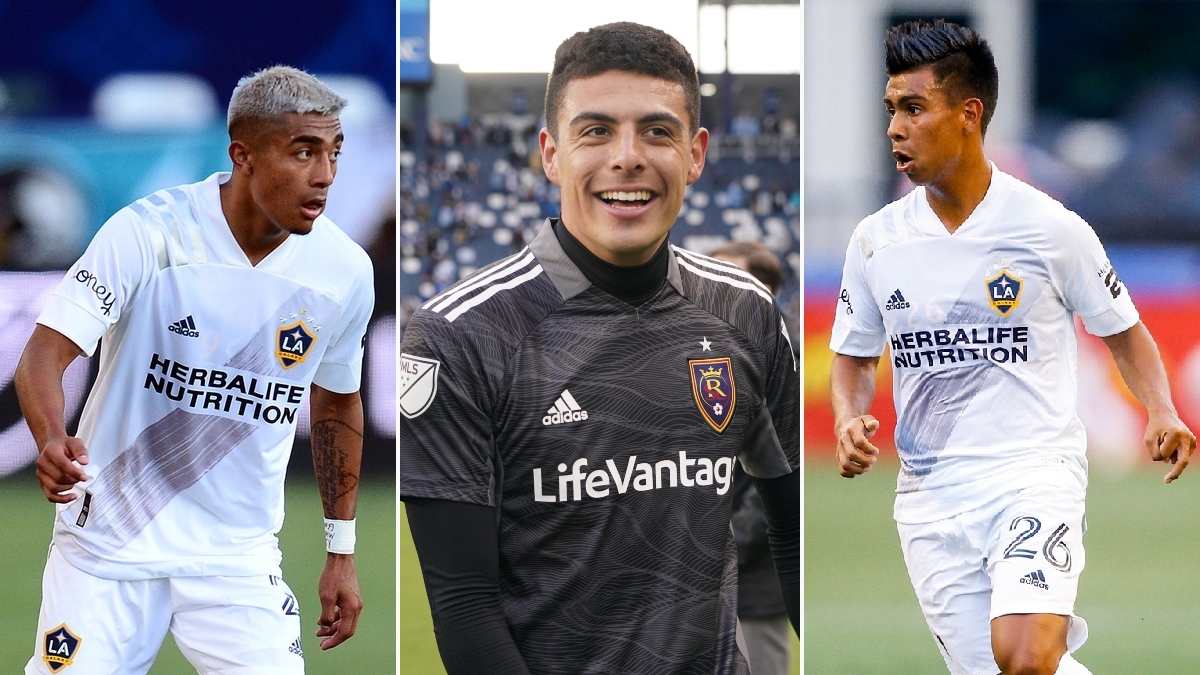 The Mexican national team has yet call in former U.S. men’s national team prospects Julian Araujo and David Ochoa to a senior team camp, but that could soon change.

Ochoa, Araujo and LA Galaxy midfielder Efrain Alvarez are being considered for call-ups to the El Tri squad, TUDN reported on Monday. All three players are tied to Mexico, with Araujo and Ochoa having both filed a Change of Association with FIFA after having originally represented the United States at youth national team level, and Ochoa having been a part of the USMNT’s Concacaf Nations League-winning team this summer.

Alvarez has earned four caps for Mexico, with two of those appearances coming at the 2021 Concacaf Gold Cup. The 19-year-old has continued to develop in MLS with the Galaxy, scoring five goals and registering eight assists in 60 combined appearances for the Western Conference club.

A former U.S. under-15 national team player, Alvarez has since represented Mexico at youth level since 2017 before his senior debut in March of this year.

Araujo, 20, is also on the radar of Mexico after previously representing the United States at several youth levels. The right back earned his senior debut for Gregg Berhalter’s side in December 2020, and was part of the U.S. team’s Olympic qualifying campaign in the spring, but ultimately decided this fall to request a Change of Association with FIFA to formally tie himself to the Mexican national team.

Araujo was one of the lone bright spots for the Galaxy this season, contributing seven assists in 32 league appearances.

Ochoa’s involvement in Mexico’s December friendly could depend on his current time with Real Salt Lake in the MLS Cup Playoffs. Pablo Mastroeni’s side faces off with the Portland Timbers in the Western Conference Final on December 4 with Ochoa remaining as the club’s No. 1 goalkeeper.

Ochoa, 20, switched his allegiance to Mexico earlier this fall and recently played with Mexico’s U-21 team in October. Ochoa previously played with the U.S. Under-23 and Under-20 national teams in both Olympic Qualifying and FIFA U-20 World Cup play respectively.

Mexico will host Chile at Austin FC’s Q2 Stadium on Dec. 8, its final match of 2021. El Tri will return to World Cup Qualifying action in late January, looking to rebound from their first pair of defeats in the octagonal round earlier in November.