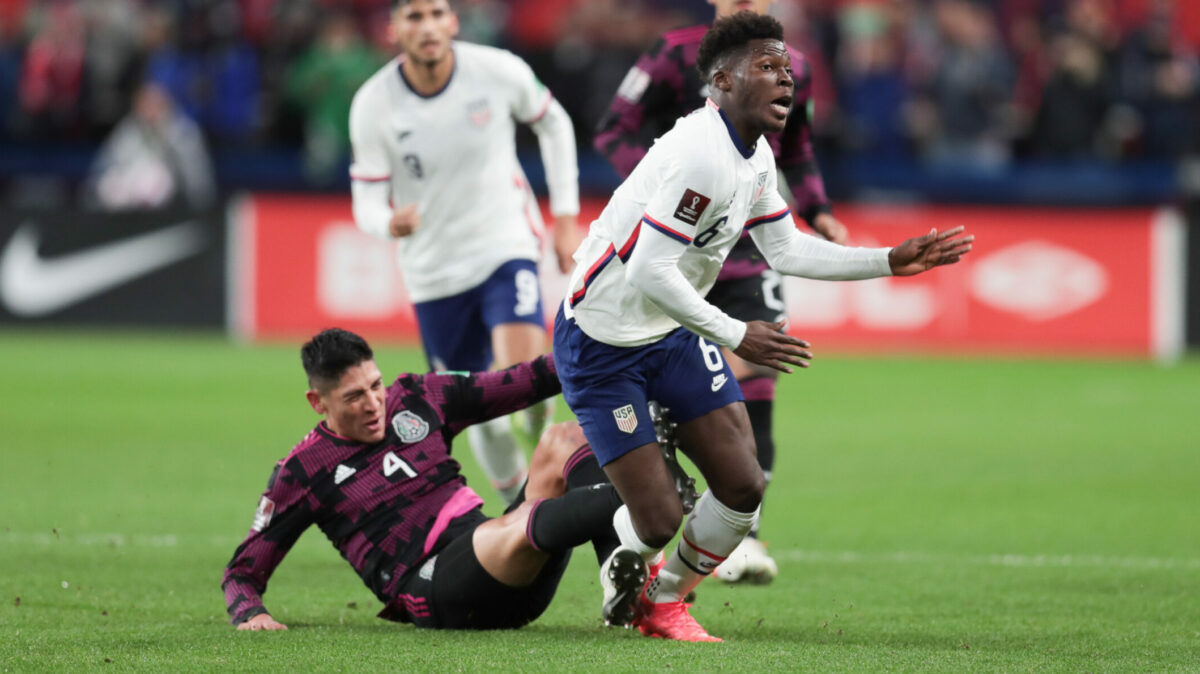 It may have been a familiar scoreline, in a familiar setting, but there was something very different about the U.S. men’s national team’s latest victory over Mexico.

Coming on the heels of a pair of tournament final victories over El Tri, Friday’s win felt like the cherry on top of the cake celebrating the USMNT’s undeniable claim to the title of owners of this rivalry.

You would think the wins in the Concacaf Nations League final and Gold Cup final would have been enough to convince El Tri, but there was enough back-and-forth in both those matches to give Mexicans the the convenient belief that it was more about bad luck than about the Americans actually having reached a level of clearly being the better team.

Friday left very little room for debate, as the Americans dominated their rivals in a way we hadn’t seen in more than a decade. Yes, there have been 2-0 wins more recently, but in almost every case the match was tightly fought between teams generating similar numbers of chances and stretches of control.

On Friday, the Americans thoroughly dominated the match for long stretches, overwhelming a Mexico team that quite frankly couldn’t match the intensity set by Gregg Berhalter’s team. El Tri did create good chances, and did force Zack Steffen into some excellent saves, but the second half belonged to the USMNT, which never stopped pushing for a winner, while Mexico wilted.

“The match had some game-changing moments,” Mexico coach Tata Martino said. “We had chances on goal in the first half, but in the second half our intensity level went down and they took control of the game.”

Unlike some past Dos A Ceros, where the Americans found the goals, but not necessarily control of the match, Friday we witnessed an American team that overwhelmed Mexico, and pushed the visitors throughout the match. Mexico did flash its quality in moments, but the relentlessness shown by the USMNT kept Mexico from ever really finding a good footing in the match.

Mexico was missing its top central defenders, but that alone didn’t explain away just how convincingly El Tri was outplayed, and it was only the USMNT’s inability to find the early goal that allowed the Mexicans to stay in range and feel like they still had a chance even though their attack virtually disappeared in the second half.

Then Christian Pulisic entered the match, and helped give the USMNT attack a boost that turned the tide of the match. The Americans already looked like the team more likely to find a winner, but Pulisic’s entry appeared to energize his teammates, and dishearten the Mexicans, who were already struggling to hold onto the match before the Chelsea star came on.

Pulisic’s late arrival also had to send a message to El Tri’s players, realizing that the Americans had already been outplaying them without arguably their best player (and another two of their best in Gio Reyna and Sergiño Dest). Mexico had all of its first-choice attacking threats available and still couldn’t keep up.

The result was a convincing win that brought back memories of the 2002 World Cup Round of 16 victory by the Americans over Mexico. That was probably the last time the USMNT had put together so convincing a victory over their arch-rivals. Back then, the victory was part of a clear shift in control of the rivalry, but there was always that sense that Mexico still believed itself to be the better team.

This time around feels different because this current USMNT has taken full control of the USA-Mexico rivalry, and has done so with a team still growing up, and still far from its full potential. As impressive as this summer’s tournament finals wins were for the Americans, those still felt like evenly-matched contests between teams on equal footing.

Friday’s win was much different, and it was won by a USMNT squad that has pulled away from its biggest rival, and has the potential, quality and depth to make the gap even wider. Mexico’s players may not be ready to admit that, but the headline in Mexican newspaper Record perfectly acknowledged the USMNT’s undeniable claim to the Concacaf throne.

“They are better. Say hello to the new giant.”