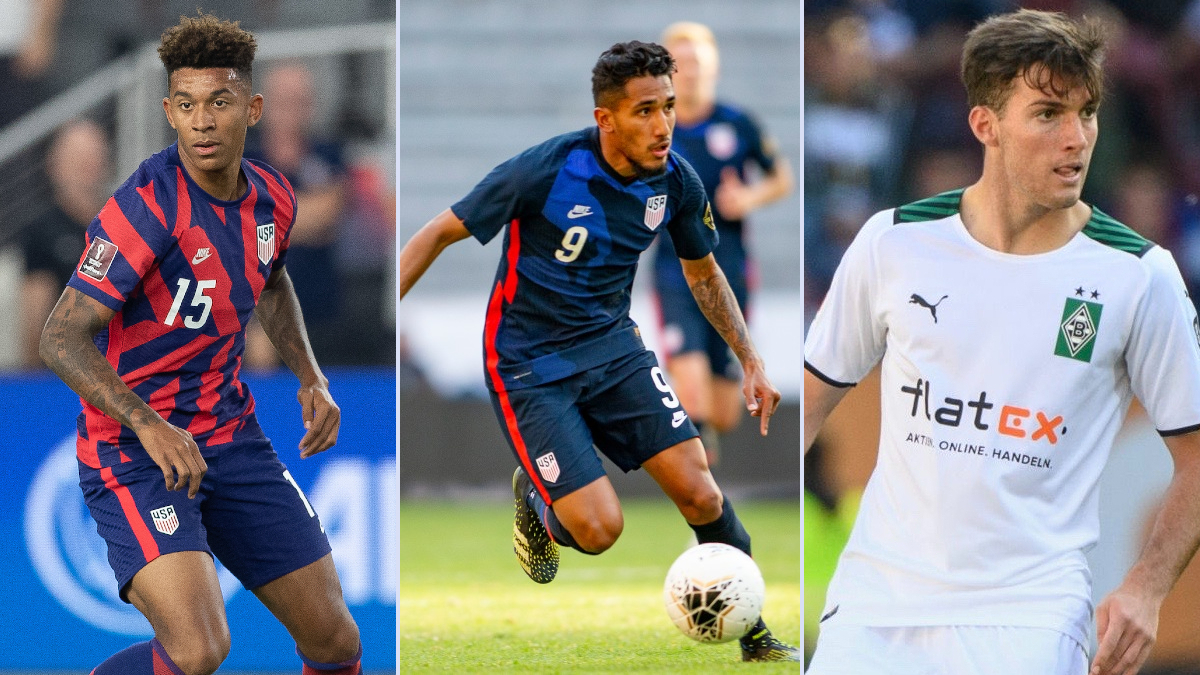 Gregg Berhalter unveiled some surprises when the U.S. men’s national team roster was released on Thursday, both at striker and centerback, and as unexpected as some of his choices were, a closer look at them reveals some clues of what the USMNT coach will have his team do in November.

The exclusion of John Brooks from the squad was the most surprising of the omissions, but just as surprising was Berhalter’s decision not to bring any of Josh Sargent, Jordan Pefok or Daryl Dike to serve as Ricardo Pepi’s backup at striker, choosing instead to bring in Pepi’s club teammate Jesus Ferreira, a far different kind of player than the target strikers who were left out.

When Berhalter noted that Tim Weah was another option if the team needed another striker, it shed more light on what feels like a clear desire by the USMNT coach to have more mobile options in the target role in his front three.

The same holds true at centerback, where both John Brooks and Tim Ream were left out, with younger and faster options in Chris Richards and Mark McKenzie being given the nod.

Sergiño Dest’s absence due to injury was a major development, but the calling up of Joe Scally helped ease some of the fears of the Barcelona player’s absence. Scally hasn’t played a single USMNT match yet, but his performances in the Bundesliga have him coming into his first national team camp with high expectations.

Here is a closer look at some of the key takeaways from the USMNT November roster announcement:

When the question of Sargent or Pefok was answered with “Neither” in October, the belief was that Gyasi Zardes’ subsequent injury would pave the way for either Josh Sargent or Jordan Pefok to return in November. When Daryl Dike started scoring goals regularly for Orlando City again, the new question became “Sargent, Pefok or Dike?”.

Few would have expected Berhalter to answer that one with “None of the above” but that’s what he did, choosing instead to call up Jesus Ferreira as Ricardo Pepi’s primary backup at the striker role.

Perhaps it shouldn’t have been as much of a surprise as some thought given Ferreira’s form in MLS, where he has compiled six goals and five assists in his past 13 matches. That, coupled with his impressive showings in limited opportunities with the USMNT gave Berhalter the confidence to bring him in ahead of the other more natural striker options.

“When you look at Jesus’ body of work with the national team, he’s been playing number nine,” Berhalter said on Thursday. “And we think in his performances, albeit against lesser opponents, we really liked what he did it the number nine position, really strong performances.

“We know he’s been playing more of an attacking midfielder role but Jesus has the type of intelligence, the game intelligence, that makes him able to adapt to a position very easily.”

Berhalter also mentioned Tim Weah and Christian Pulisic as alternative options to slot into the striker role if needed, with Pulisic having played as a false-nine for Chelsea in the past.

What is clear from this shift in approach to the striker position is an emphasis on having players in the number nine role who have the ability and willingness to press effectively from the front. Ricardo Pepi has shown in a short time not only his nose for goal, but also his desire to ability to press effectively, which is something neither Pefok or Dike are known for. Sargent is capable of providing pressure from the front, but his continued struggles with scoring goals has kept him off the squad this time around.

Centerback group gets younger and faster

A desire to field a quicker team was evident in Berhalter’s centerback choices for the November qualifiers.

For all of Brooks’ quality, there is no denying he is slow on the turn, and he was badly exposed in September’s qualifiers, leaving Berhalter to consider whether to tap into his younger and faster centerback options in the pipeline.

The fact that Tim Ream was also left off the squad is in line with this theory. Ream has been a regular call-up by Berhalter, but after pulling out of consideration in October for personal reasons, he has now been left out again despite being in very good form with Fulham.

Miles Robinson is the lock starter in the bunch, and should be expected to start both November qualifiers if healthy. Berhalter could then choose to start Walker Zimmerman against Mexico while Chris Richards starts against Jamaica.

The last-minute removal of Sergiño Dest from consideration for the squad due to a back injury had to feel like an awful tease, losing an in-form player who was the USMNT’s best performer in the October window, but he can take some solace in other developments at the fullback position, starting with the arrival of Joe Scally.

Twelve straight starts in all competitions for Bundesliga side Borussia Moenchengladbach has Scally locked in and in excellent form, but this is still his first USMNT camp, and adapting could take time.

What is clear is that Scally’s play impressed Berhalter, who acknowledged in October that Scally nearly called up in last month’s window.

“If you look at what’s changed from month to month, he’s he’s played in another, another five Bundesliga games, a Cup game,” Berhalter said of Scally. “They beat Bayern Munich 5-0, he had an assist the other day. And this is what we’re looking at is how is the player performing. When we see him going against (Leroy Sane), or Alphonso Davies on the side, he’s being tested, and he’s standing up to these tests. And for us it was just gathering enough information.

“He’s a young player, we wanted to see him performing consistently at a high level and he’s done that.”

As high as expectations may be for the 18-year-old, the presence of veterans at both fullback spots should ease some of the pressure on him. To be clear, Scally hasn’t been called in with the expectation of starting, but a good showing in camp next week could help him get on the field in November and earn his first cap.