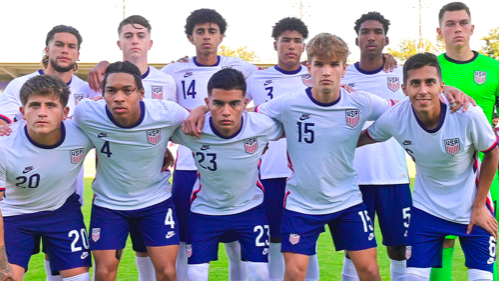 The U.S. under-20 men’s national team suffered defeat on Tuesday in its final match at the 2021 Revelations Cup, losing 2-1 to hosts Mexico.

Diego Luna scored the lone goal for Mikey Varas’ side, but it wasn’t enough as the Americans conceded a winning goal by Ali Avila in the 62nd minute. It was the second defeat out of three matches played at the Revelations Cup for the USMNT U-20’s, in its first competition since 2020.

An early goal for El Tri came in the sixth minute, but the Americans did well to equalize after halftime. Cade Cowell connected with Luna in the 55th minute to give the Americans a 1-1 scoreline early in the second half.

However, Mexico snatched a late winner, with Avila beating Gabriel Slonina for its first win over the USMNT U-20’s in the new cycle.

Several players earned valuable experience during the Revelations Cup and will now head back to their respective clubs for the remainder of the season. The USMNT U-20’s will be back in action in 2022 with the Concacaf Under-20 Championship taking place as qualification into the 2023 FIFA U-20 World Cup and the 2024 Summer Olympics.