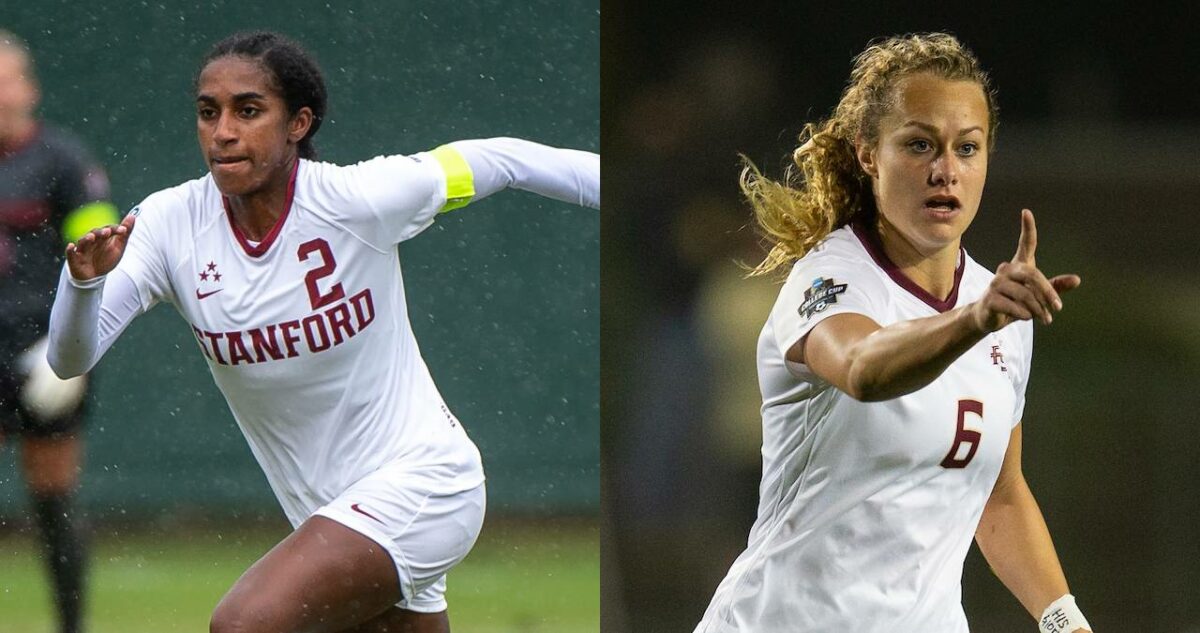 No surprises were offered in the first two picks of Saturday’s National Women’s Soccer League draft. Naomi Girma and Jaelin Howell were the obvious locks for the first two selections, and the only question was about if any team could offer enough to unearth the first-overall pick from expansion side San Diego Wave.

The answer was no, and Girma, 21, took the honor as the first-overall selection out of Stanford. Girma has yet to make her senior U.S. women’s national team debut but figures to get a call up in the near future. In San Diego, she joins a defensive unit headlined by Abby Dahlkemper and former Stanford teammate Tegan McGrady.

USWNT fans are a little more familiar with Howell, who broke into the senior team in 2020 and made another appearance in 2021. Howell, coming from Florida State, was a major part of the 2021 NCAA National Championship team. Howell heads to Racing Louisville where she will continue to hone her holding midfielder skills.

NWSL action is set to play out over international windows once again in 2022, and the North Carolina Courage bolstered their midfield via Virginia Tech product Emily Gray with the third pick. The Courage already lost Sam Mewis a couple of weeks ago and will have to do without Debinha who will spend significant time with Brazil, so Gray should be primed to make an instant impact in her rookie season.

There was plenty of moving and shaking in the aftermath of Thursday’s expansion draft. The Orlando Pride were among the most active as they seek to fill the holes left by the recent departures of Alex Morgan, Ali Krieger, and Ashlyn Harris. Orlando moved up to grab three first-rounders in hopes of finding some readymade starters.

Here is a closer look at the 2022 NWSL Draft results: