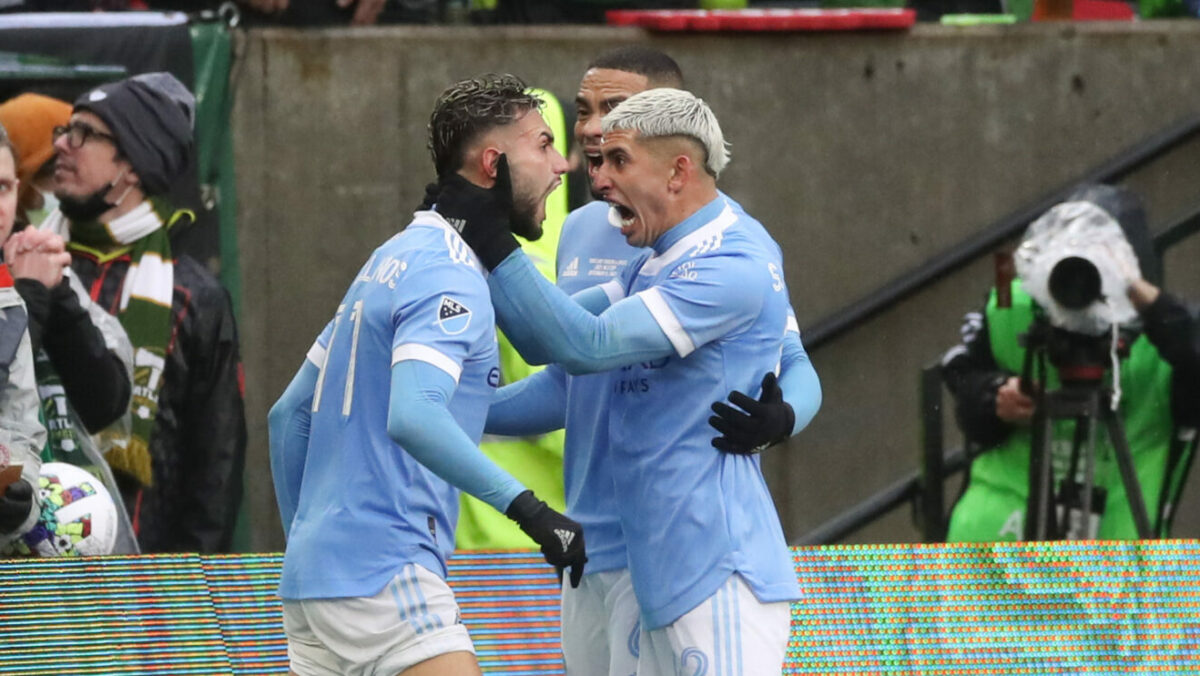 Giving up an equalizer in the final kick of regulation could have been enough to leave New York City FC vulnerable to a total collapse late in Saturday’s MLS Cup final against the Portland Timbers, but the visitors shook off the disappointment and responded by closing out their first final in winning fashion.

Johnson denied penalties from Diego Valeri and Felipe Mora, with his teammates converting four of their five attempts, capped by Alex Callens rocket of a winner to clinch the the title for NYCFC in just its sixth year of existence.

NYCFC was just seconds away from clinching the title in regulation before a blocked shot from Jaroslaw Niezgoda fell to the feet of Felipe Mora, who reacted quickly to slot home a shot past Sean Johnson to tie the score with the final kick of the first 90 minutes.

Mora’s equalizer sent the crowd at Providence Park into a frenzy, but also left NYCFC players arguing vehemently with referee Armando Villanueva over what they considered a clear foul by Larrys Mabiala on Maxime Chanot in the build-up to Mora’s goal. Villarreal blew the whistle to end regulation shortly after the equalizer, but waved off the horde of NYCFC players who surrounded him pleading their case to have the play reviewed.

The equalizer energized the Providence Park crowd, and appeared to deflate NYCFC, with the Timbers showing good energy at the start of the 30-minute overtime. NYCFC didn’t buckle though, eventually settling down and weathering Portland’s extra-time push.

Johnson made his biggest save of the his four during the match in the 113th minute when he made a full-stretch save to deny a Cristhian Paredes shot headed toward goal.

As much as NYCFC relied on Johnson’s heroics, the visitors did have the better chances on the day in Portland, capped by Valentin Castellanos’ 41st-minute header that gave NYCFC the lead heading into halftime.

The win capped a dramatic turnaround for NYCFC, which went from a slump that included just one win in 10 matches to a late-season streak that propelled NYCFC into the playoffs with momentum and culminated with Saturday’s victory that pushed the team’s unbeaten run to nine matches.