On USMNT: Did Weston McKennie get a raw deal in Player of the Year voting? 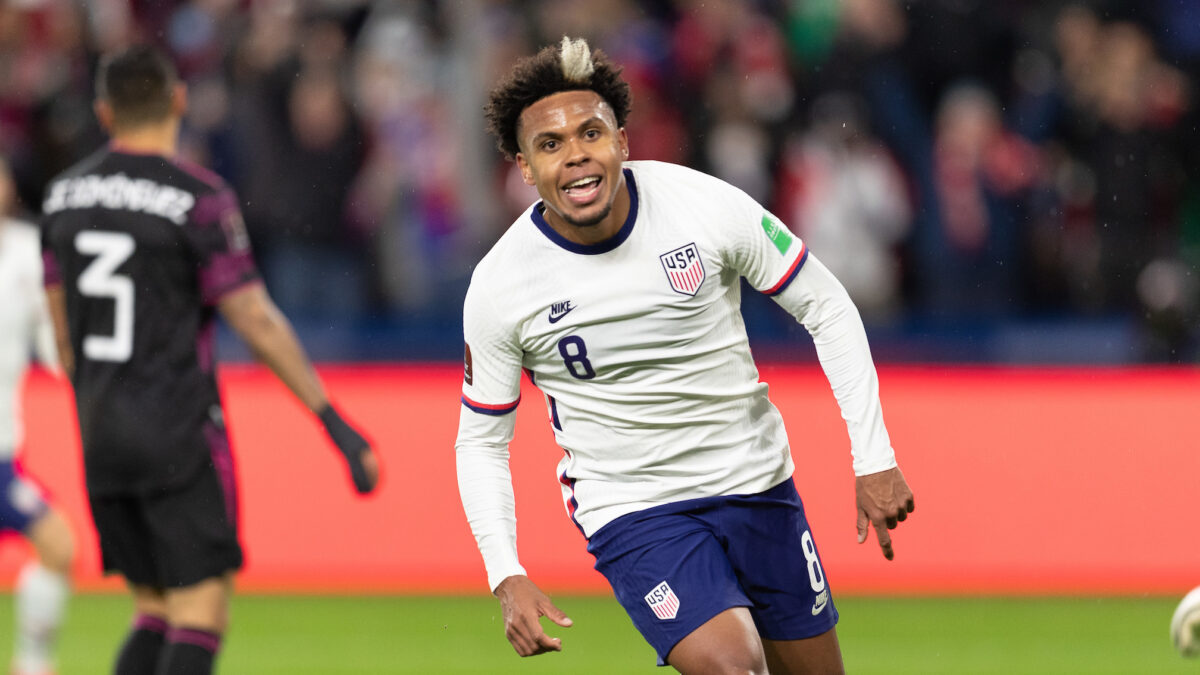 When Christian Pulisic was announced as the winner of the 2021 U.S. Soccer Male Player of the Year on Saturday, it wasn’t exactly a surprise. After all, winning a UEFA Champions League title and scoring winning goals against Mexico on two occasions was enough to ensure the Chelsea star would secure the third Player of the Year award and there wasn’t going to be very much argument, especially in a year when fans were allowed to make up 15 percent of the voting.

What came as a bit of a surprise was seeing how the top three shook out. Matt Turner’s breakout 2021 was rewarded with a second-place finish while Brenden Aaronson finished in third place in the voting.

Missing from the top three was Weston McKennie, who successfully earned a starting role at Juventus under two different managers, and delivered some of the biggest USMNT performances of the year, most notably in the UEFA Nations League final, but still finished outside of the top three, in fourth place.

So how did the 2020 U.S. Soccer Male Player of the Year finish outside the top three in what was arguably a better year for him than the year he actually won the award?

It isn’t tough to figure out. McKennie’s suspension from the USMNT for September’s World Cup qualifiers against Canada and Honduras left a bad impression among voters, who clearly let it sway them into dropping McKennie lower on their ballots.

Some will argue that Turner and Aaronson are deserving top-three finishers, and you can certainly understand why. Turner played a key role in the USMNT’s Gold Cup triumph, played well during a stretch of four World Cup qualifying starts, set a new USMNT record for shutouts in a calendar year, and also won MLS Goalkeeper of the Year on his way to helping the New England Revolution win the Supporters’ Shield with a record-setting season.

As for Aaronson, the Red Bull Salzburg midfielder racked up the numbers for the USMNT, registering four goals and three assists, both tied for team-highs in 2021. He also helped Red Bull Salzburg win a league and cup double, and also qualify for the Round of 16 in the UEFA Champions League.

Those are two strong cases for a top-three finish, to be sure, but McKennie’s is arguably strong enough to deserve some winning votes. He was vital in the USMNT’s Nations League win over Mexico, and also in the team’s World Cup qualifying win vs. El Tri in November. The team finished 3-0-1 in the four World Cup qualifiers McKennie started in.

Then there was McKennie’s success on the club level, where he established himself as a regular for Juventus both in the second half of last season, under Andrea Pirlo, and the current campaign under Massimiliano Allegri. He has contributed six goals and three assists in 2021 for the Bianconeri, earning more consistent minutes for a top European team than any other American, including Pulisic.

Remove the names from their 2021 resumes, and take the suspension out of the equation, and you could argue McKennie’s case for the award is pretty comparable to Pulisic’s, but in the end the distance between the two in the voting was considerable.

McKennie deserved better in the voting, but the final results do show that he still has some work to do to restore standing his lost when he was suspended in September, even though his play for both club and country since September has been outstanding.

What did you think of how the U.S. Soccer Male Player of the Year voting shook out? Think McKennie deserved to finish higher? Feel like McKennie still has more to prove? Who would you have put in your top three for the award?