Sergiño Dest is destined for an early departure from Barcelona 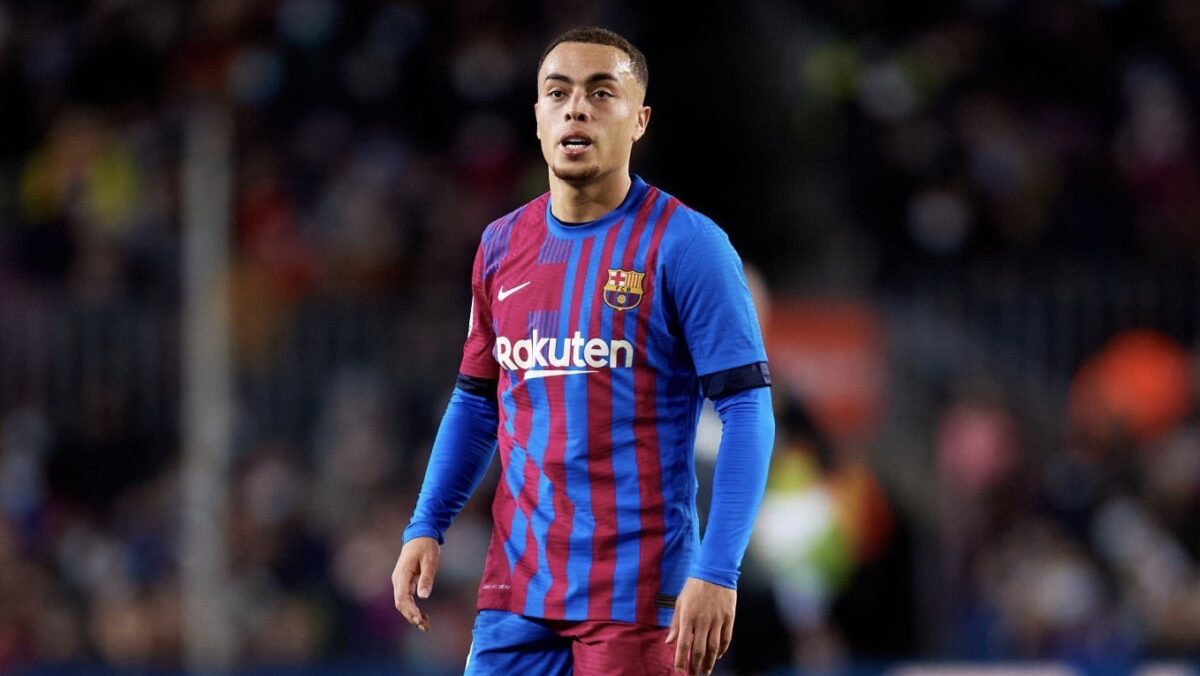 It felt like a perfect match when Sergiño Dest was first introduced as one of Barcelona’s key signings in the summer of 2020. The U.S. men’s national team fullback choose the Spanish giants over Bayern Munich and had a chance to realize the dream of playing for the club he followed closely growing up, while also getting to play with Lionel Messi.

Fast forward some 15 months later and the picture has changed dramatically for Dest, though you can argue it has endured the most drastic of those changes in the past few months. Barcelona’s financial mismanagement helped lead to Messi’s stunning departure in the summer, but it was the more recent dismissal of manager Ronald Koeman — the man who helped orchestrate Dest’s arrival — which served as the key turning point in Dest’s tenure at the Camp Nou.

Barcelona legend Xavi has returned as manager, and the early signs are that he isn’t the biggest fan of Dest, who has played more than 45 minutes just once since Koeman’s firing and Xavi’s arrival, and who failed to get off the bench for Barcelona’s recent 2-2 La Liga draw with Osasuna.

That would explain the flurry of transfer rumors swirling around Dest, who has been linked to everyone from Bayern Munich to Manchester United. It makes too much sense for Barcelona to sell their American fullback given the team’s financial struggles and the considerable interest there is in the dynamic Dutch-born fullback, who has spent as much recent time playing as a winger than as a defender.

It is a disappointing turn of events for a player who enjoyed a successful first season at Barcelona, playing in 40 matches and looking like a smart investment for a club that needed some new blood at right back. The team’s financial trouble led to roster issues which ultimately led Koeman to start using Dest as a winger this season, and Dest rolled with it, contributing as best he could even if he wasn’t necessarily as ideally-suited for that role as he was to be an attacking fullback or wingback.

Dest is a known quantity now though, and last season only served to solidify his status as an attractive transfer target given the modern game’s emphasis on attack-minded fullbacks, along with Dest’s status as a key USMNT player, which doesn’t hurt his marketability.

You couldn’t really blame Dest if he is ready to leave given how much has changed since his arrival. Messi is long gone, Koeman is too, and even Dest’s close friend and fellow American Konrad De La Fuente was sold off in the summer. All that, coupled with Barcelona’s clear demise and Xavi’s seeming indifference to Dest must have the young American considering his options.

A move to Bayern might be the most ideal, given Bayern’s need for depth at right back and the German champions showed clear interest when they finished second to Barcelona in the race to sign Dest a year ago. English clubs Chelsea and Manchester United have been mentioned in recent months, and the Red Devils could be an interesting option considering their need for a right back.

As unhappy as Dest might be right now, he has to be careful about his next move. The 2022 World Cup is a year away, and Dest’s next transfer move will play a big role in determining what sort of form he’ll be in if and when the USMNT heads to Qatar, and in the near term, he might need a winter transfer to find playing time to be in form for the remaining matches in the Octagonal round of Concacaf World Cup qualifying.

Dest is in the starting lineup for Barcelona for Tuesday’s exhibition match against Boca Juniors in the Maradona Cup, and as much as some might see it as an opportunity for Dest to try and convince Xavi of more playing time, his performance in a meaningless match isn’t likely to change the reality of Dest’s situation.

If anything, every minute Dest plays between now and the winter break will be a chance to show transfer suitors why he is worth the $25 million to $30 million it could take to secure his services, and also a chance to try and keep sharp as he heads into a very important 2022, a year he seems more destined than ever to be spending somewhere other than Barcelona.