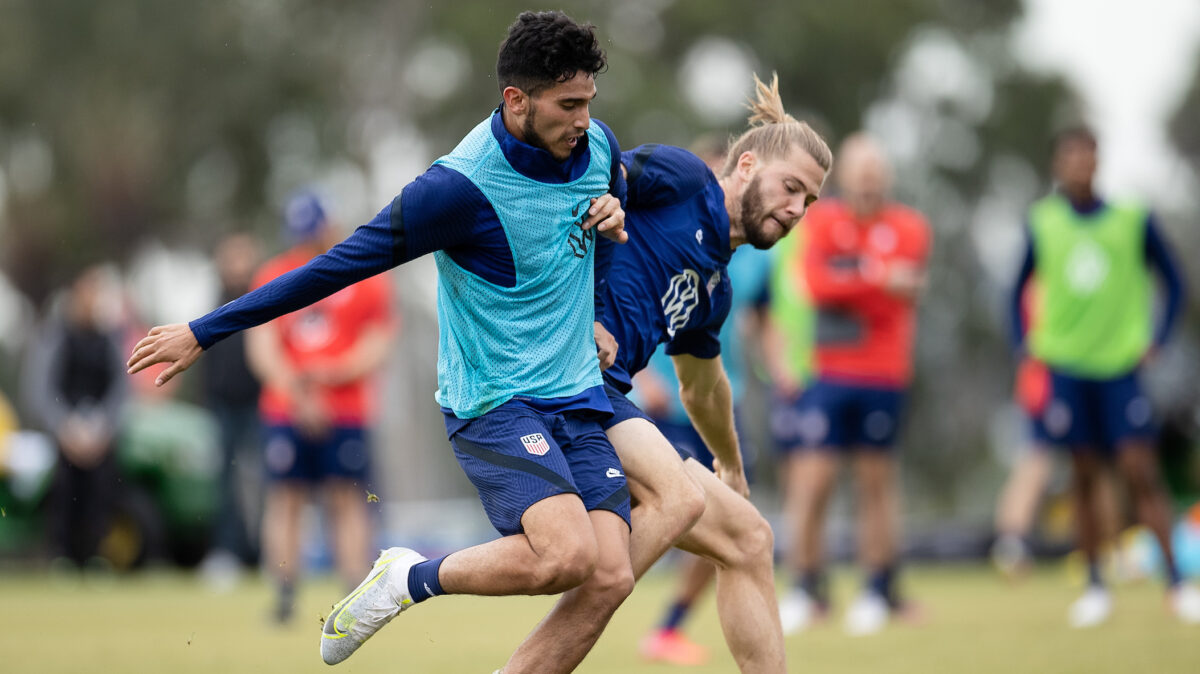 The U.S. men’s national team exceeded expectations throughout 2021, with a pair of trophies won and a strong run in World Cup Qualifying to date, and a victory on Saturday night against Bosnia-Herzegovina would be the cherry on top for Gregg Berhalter’s side.

The USMNT faces off with the European visitors at Dignity Health Sports Park on Saturday, knowing a win would set a new national team record for wins in a single calendar year.

“It’s a big motivator for this group,” USMNT defender Brooks Lennon, who Berhalter confirmed will start for the team on Saturday, said about the opportunity to set a new wins record in a calendar year. “It was one of the key things Gregg had mentioned during this camp and we are looking to do that on Saturday night.”

Berhalter has called in several veterans, including Gyasi Zardes, Jordan Morris, and Kellyn Acosta, but the roster features 11 uncapped players, ensuring that some players will get their first taste of the USMNT experience.

“I think it’s a nice challenge for the guys,” Berhalter said Friday in a conference call with reporters. “You aspire as a player to reach certain things in your career and then you get the opportunity. It’s nice to see how the players embrace that and we wanted to expand our player pool, but it’s up for them to take advantage of their opportunity. You don’t always get that, but what I can say is these guys have worked very hard to be here.”

Berhalter confirmed on Friday that Lennon and left back George Bello will start for the USMNT in Carson, California, while other starting spots are up for grabs. Ricardo Pepi, Matt Turner, and Cristian Roldan are just three of seven players in the squad who have appeared during the octagonal round of World Cup Qualifying, and are all coming off strong seasons in MLS.

Berhalter will have some balancing to do with his current squad, knowing most of his players haven’t played a competitive match several weeks. However, for the players who will be fighting for inclusion in January’s camp and eventual qualifying matches between January and February, it’s another opportunity to gel together before the European-based contingent returns.

“When you look at this camp, that’s the emphasis of the game tomorrow, keeping our core guys like Walker Zimmerman and Ricardo Pepi moving and playing as much minutes as they can,” Berhalter said. “Then we have another three weeks off before we get camp rolling on January 6 so we can try and get the guys fit and ready for what we will face in qualifying.”

“As international players, it is our duty to stay fit and be ready when called upon,” midfielder Cristian Roldan said. For us, it’s a no-brainer to showcase what you got and Gregg is very analytical and wants to make the most out of every training session. It’s going to be really important to try and be ready to make that squad in January.”

Berhalter will be looking for veterans to stay sharp, but he will also be looking for youngsters to make a strong first impression. Caden Clark, Cole Bassett, and Jonathan Gomez are just three promising young talents who will be pushing for minutes on Saturday after excelling for their clubs in league play this year.

“Regarding Jonathan (Gomez), it’s been great having him in camp, he’s another player that is still maturing physically, but he’s a really good competitor and technically a good player,” Berhalter saidz. “It’s been nice to have here because we hadn’t had him here before, but the left back position is one we’ve had a bunch of guys in the mix, Antonee Robinson and Sam Vines as well.

“Caden (Clark) is a guy who wants to make things happen and sometimes you will see him arrive late in the penalty box, being a threat with the ball or setting up his teammates. Cole (Bassett) we had in the December camp last year and you can see the sense he’s more confident and is able to execute at a higher level now. It’s been great to work with all of these guys and some of the newer faces come to mind as ones that have impressed during this camp.”