USMNT falls to Canada in clash of Concacaf qualifying leaders 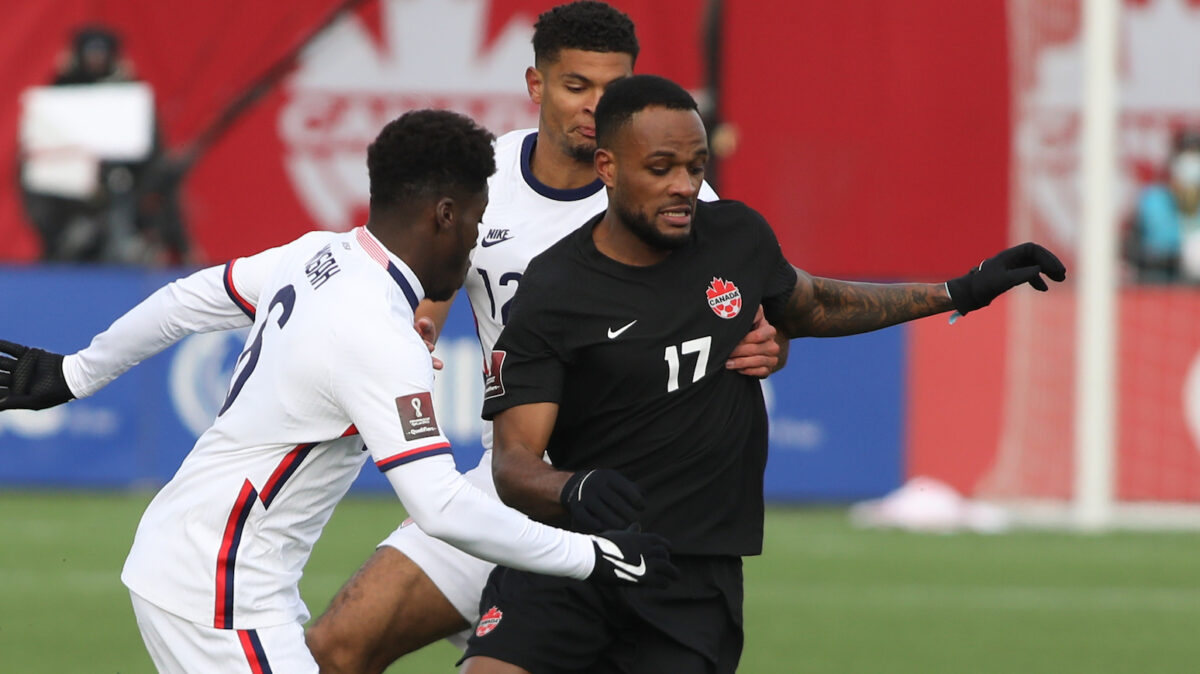 A nightmare start and inspired opponent left the U.S. men’s national team struggling for answers on Sunday against a Canada side that showed why it is sitting in first place in the Concacaf World Cup qualifying standings.

Canada claimed a first World Cup qualifying win over the Americans since 1980 on Sunday, using goals from Cyle Larin and Sam Adekugbe to seal a 2-0 victory. It was Canada’s sixth win overall in the octagonal round, moving them four points clear of the USMNT for first place.

Larin struck against the USMNT back in September and followed suit by delivering the go-ahead goal on Sunday. After passing from Jonathan David and Larin on a counter attack, the Besiktas forward beat Miles Robinson before finishing past Matt Turner for his Canadian-record 23rd international goal and fifth of the Octagonal Round of qualifying.

The USMNT had chances to tie things up before halftime with Christian Pulisic and Weston McKennie both leading the charge. Pulisic’s free kick in the 36th minute soared over Milan Borjan’s net though and McKennie’s header in the 42nd minute was repelled by the veteran goalkeeper.

Brenden Aaronson created room for a good chance in the 60th minute, but his low drive was gathered easily by Borjan in the middle of his net.

Matt Turner kept the USMNT alive in the 69th minute after denying Larin his second goal of the day. David’s long-range shot was spilled by Turner, but the New England Revolution goalkeeper stretched himself to deny Larin’s follow-up attempt.

The introductions of Ricardo Pepi, Jordan Morris, and Paul Arriola didn’t spark the USMNT attack in the final stage of the match, with Canada grinding out an important home win. Pepi skied his effort in the 80th minute from a tight angle before Arriola sent a bicycle kick attempt just wide of the mark.

Adekugbe iced the victory for Canada in stoppage time, racing upfield on a breakaway and beating Turner to set off the celebrations in Hamilton.

The Americans will now face added pressure in Wednesday’s home clash with Honduras, knowing anything short of victory will pull them closer to the trailing back in the Octagonal standings.