MLS Draft Spotlight: UCLA’s Ahmed Longmire among the top options in a deep pool of centerbacks 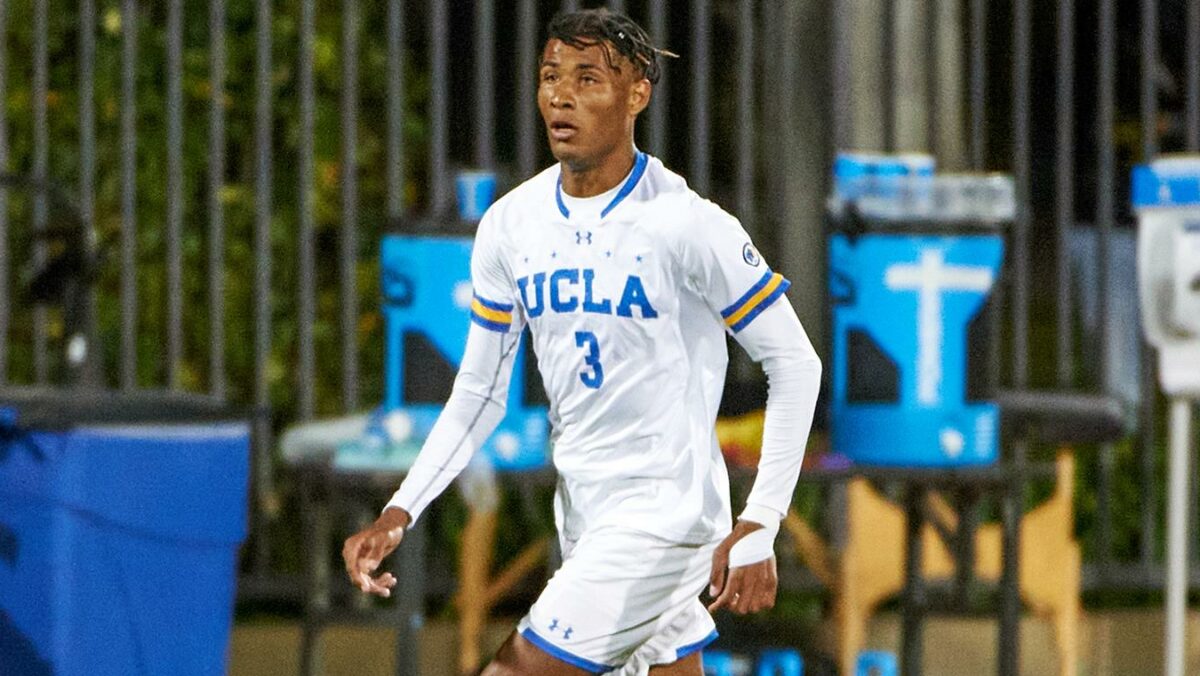 Ahmed Longmire’s senior year at UCLA didn’t go as well as he planned. The 6-foot-3 centerback battled some injuries and played in about half of the Bruins’ games in 2021.

But the skills Longmire exhibits — his stature, strength in the tackle and ability to cover for teammates in a four-man back line — make him an enticing in Tuesday’s 2022 MLS Draft, where he could be one of the first seniors, and one of the first defenders selected.

“I think I bring a lot of intensity,” Longmire said. “I can also be a leader. Some things I really plan on working on is overall my play on the field and to really develop seeing the field and developing into a better passer.”

UCLA coach Ryan Jorden acknowledged the uncertainty of a short senior season for Longmire, but highlighted the fact that Longmire has shown his quality in many different facets of the game when healthy.

“I think his projectable upside has to be as high as anybody’s, from his athletic quotient to the qualities that he exhibits on the defending side,” Jorden said. “He plays on a team that doesnt have a back line that just stays intact all the time and protects the centerbacks. He’s got the ability to play on an island and to deal with the space behind.

“You see very good college players, but whose back four is intact all the time and things are very predictable for them. He’s had to deal with stuff and cover the spaces where fullbacks leave and go into the channel. Those are all qualities that will allow for him to succeed.”

Longmire started seven games and contributed to three shutouts in his senior year at UCLA. He missed the MLS Combine in December because of an injury.

Longmire is from Las Vegas, Nevada. He got his start playing club soccer in the area. He played on a select team that won the Gothia World Youth Cup in Gothenburg, Sweden, which boosted Longmire’s confidence and made him realize college soccer was a possibility.

Utah Valley signed Longmire, but he entered the transfer portal his sophomore year and landed with UCLA. Jorden took note of Longmire’s 1v1 defending ability and set out to make him a better distributor.

“He’s got to be a good passer on the floor, and that’s something that he’s got to be good at at the next level,” Jorden said.

In terms of pro centerbacks he considers role models, Longmire points to U.S. men’s national team defender Walker Zimmerman, who he was able to speak with during Zimmerman’s time with Los Angeles FC. Longmire also points to European stars such as Sergio Ramos and Thiago Silva as inspirations, and former MLS Defender of the year Ike Opara as someone he would like to emulate as a pro.

Longmire has been no stranger to change through his collegiate career, but he’s also spent his whole life up to this point in the Western parts of the country. The draft could send him anywhere, and Longmire welcomes that experience.

“To me, honestly, I love change,” Longmire said. “If you look back, I transferred schools. I love the East Coast, too. My dad is from Florida. Even though I haven’t been so much on the east coast, just to go and experience something over there would be awesome.”