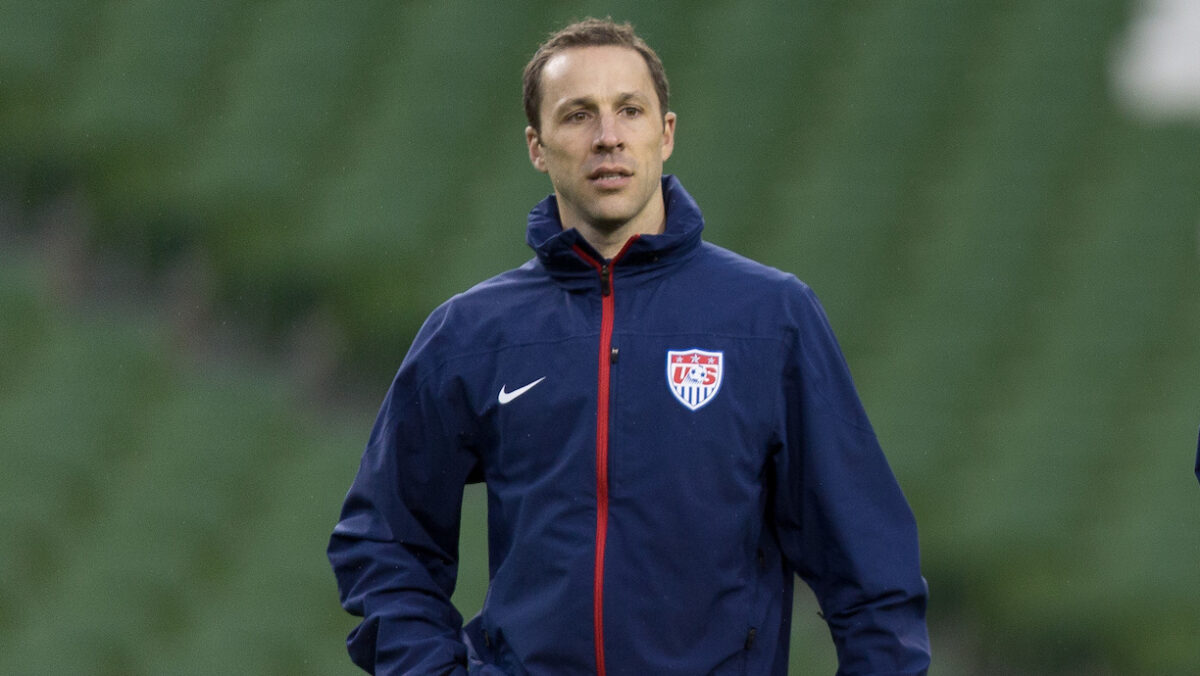 LAFC has its new head coach for the 2022 MLS season, and it comes in the form of one of American soccer’s premier playing faces.

The Western Conference club announced Monday the hiring of Steve Cherundolo as its new head coach. Cherundolo takes over for Bob Bradley, who was relieved of his duties last fall after LAFC failed to make the playoffs.

Cherundolo, 42, makes the move to MLS after serving as head coach of LAFC’s USL affiliate, the Las Vegas Lights in 2021. Prior to that, Cherundolo worked as an assistant coach with Bundesliga sides Hannover and Stuttgart before moving to the German men’s national team.

A Southern California native, Cherundolo made 415 total appearances for Hannover in Germany, setting a record for the most appearances by an American for one club. He also earned 87 caps with the USMNT, being named to three World Cup rosters and playing every minute at the 2010 World Cup in South Africa.

LAFC will be pushing to return to the MLS Cup Playoffs after failing to do so in 2021.

The Houston Dynamo followed suit with LAFC on Monday, hiring a new head coach ahead of the 2022 MLS season.

Paulo Nagamura was hired as the Dynamo’s newest head coach on Monday, making the jump from Sporting Kansas City, where he served for five years. Nagamura was head coach of USL affiliate SKC II from 2018-21, after being promoted from an assistant role.

Nagumura takes over in Houston for Tab Ramos, who was relieved of his duties at the conclusion of the 2021 MLS season.

The Dynamo will be seeking a first playoff berth since 2017 after finishing last in the Western Conference last year.

Sean Davis has been a key figure in the New York Red Bulls system over the past few seasons, but reportedly will be finalizing a deal to join Nashville SC.

Nashville SC has been linked with Davis’ services, and moved even closer to obtaining the veteran midfielder after he turned down a new offer from the Red Bulls last week. The 28-year-old signed with the Red Bulls as a Homegrown player in 2015 and since has went on to captain the club over recent seasons.

Nashville SC has continued to take promising steps under head coach Gary Smith, finishing third in the Eastern Conference in 2021. Davis would slide into a midfield corps which already features veterans Dax McCarty and Anibal Godoy.

Rodolfo Pizarro is reportedly set for a second stint with Liga MX side Monterrey.

Inter Miami will reportedly loan Pizarro to the Mexican club, which includes a purchase option at the conclusion of the stint, The Miami Herald reported. Pizarro would be the third offensive departure from Miami’s roster this offseason, joining Lewis Morgan and Julian Carranza as the latest to leave.

The 27-year-old Pizarro was signed by Inter Miami as a Designated Player in February 2020, being reunited with his former coach Diego Alonso. However, the Mexican international failed to live up to major expectations under Alonso or Phil Neville, recording seven goals and 12 assists in 46 regular-season appearances.

Inter Miami failed to make the playoffs in 2021 and now enters an important year under Neville and sporting director Chris Henderson.