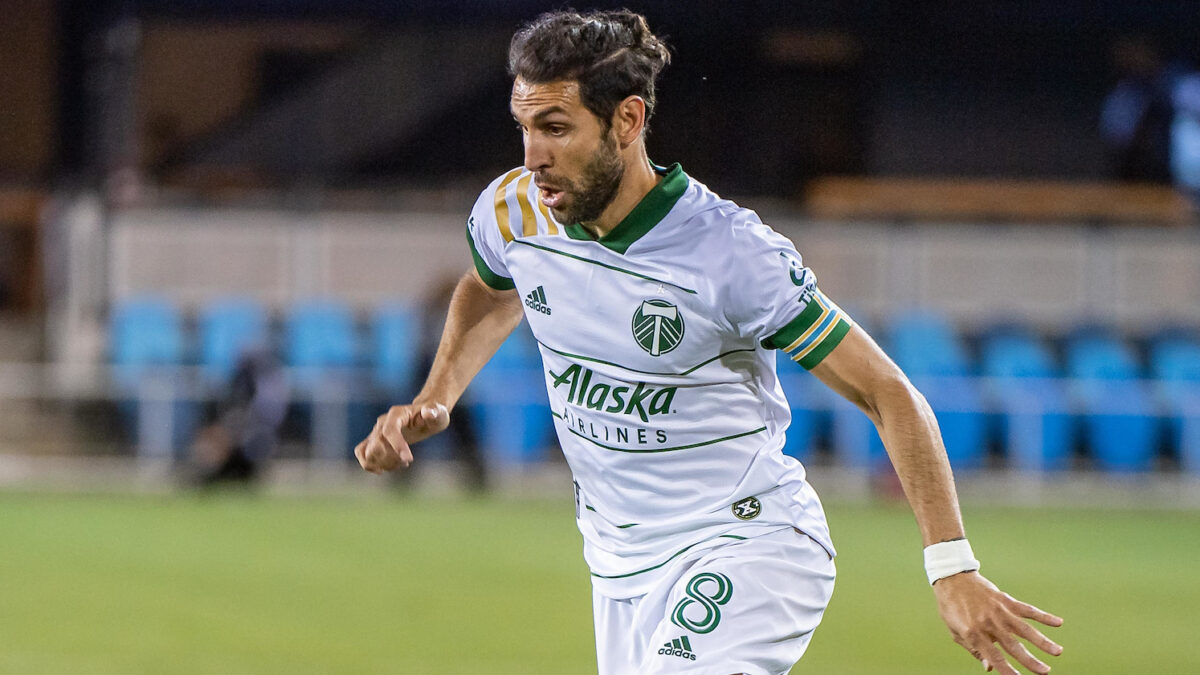 The Portland Timbers will be saying goodbye to a club legend on Thursday, ending an era with the departure of the club’s most celebrated MLS contributor.

Diego Valeri has completed a transfer to his boyhood club Club Atlético Lanus in Argentina, both teams announced Thursday. Valeri spent nine years with the Timbers and will go down as one of the best at his position in MLS history.

In conjunction with Valeri’s transfer, Portland has agreed with Lanús to play a friendly testimonial match at Providence Park in 2023 where the midfielder will play one half for each team. Details about the match will be announced at a later date. Upon Valeri’s retirement, he will become an ambassador for the Timbers.

“I do not believe there has been a more impactful Designated Player signing in the history of MLS than Diego Valeri,” said Timbers owner and CEO Merritt Paulson. “He changed what clubs looked for in a DP – not a brand to put fans in the seats and sell sponsorships, but a rising European level talent who chose to make America his home and legacy. In Portland he has meant everything to us on the pitch and in the community. While one chapter ends today, this is not the end of Diego Valeri in Portland, and I cannot wait for fans to have the opportunity to properly honor him in person. Thank you, Diego. For everything.”

Valeri was MLS Newcomer of the Year in 2013 and also earned three Best XI recognitions in 2013, 2014, 2017. The Argentina native registered 100 goals and 104 assists in 306 appearances for the Western Conference club in all competitions.

Here is a closer look at Thursday’s MLS news:

LAFC added one of the top MLS goalkeepers on Thursday with hopes of a bounce-back campaign in 2022.

Maxime Crepeau was acquired by the California-based club in a trade with the Vancouver Whitecaps on Thursday. In exchange, the Whitecaps will receive a total of $1 million in General Allocation Money and a natural first round draft pick in the 2025 MLS Draft.

“We are thrilled to add a goalkeeper of Maxime’s quality to our roster,” LAFC Co-President and General Manager John Thorrington said. “We consider Maxime to be one of the top goalkeepers in MLS. Like us, we know he is committed to winning, and his leadership and experience will contribute to our success on the field.”

Crepeau, 27, joins LAFC after a stellar 2021 season with the Whitecaps, that saw him earn the club’s Player of the Year award. The Canadian international recorded a career-high six shutouts in 27 appearances and helped the Whitecaps reach the MLS Cup Playoffs.

He’s earned 14 caps for the Canadian national team and is currently away with John Herdman’s squad as they prepare for the penultimate round of World Cup qualifying matches.

Ayo Akinola became the latest MLS player to sign a new contract this week, committing his future to Toronto FC.

Akinola signed a new three-year deal with the Canadian club as part of the league’s U-22 initiative. The forward’s contract also includes a club option for 2025.

The 22-year-old recently completed his fourth season with TFC after joining as a Homegrown Player in December 2017. He has totaled 46 appearances across all competitions for the club, scoring 14 goals.

“We are thrilled as a club to have signed Ayo as part of the league’s new Under-22 initiative,” said Toronto FC President Bill Manning. “Over the last few years, watching Ayo grow as a player and a person has been extremely gratifying to the many staff who have worked with him along our player pathway. We have seen glimpses the last two seasons of just how impactful Ayo can be and it’s exciting to think of what’s still to come for him as a TFC player.”

Internationally, Akinola represented the U.S. men’s national team at several youth levels from 2015-19 and made one appearance with the senior team in a friendly match against El Salvador in Dec. 2020. Akinola made a one-time switch to join the Canada men’s national team and made his debut in the 2021 Concacaf Gold Cup in John Herdman’s squad.

Campana joins from English Premier League side Wolverhampton Wanderers on loan for the 2022 season. The 21-year-old’s move also includes a permanent option to buy at the conclusion of the year.

“We’re excited to acquire a player of Leonardo’s pedigree,” said Chief Soccer Officer and Sporting Director Chris Henderson. “He’s a hungry young forward with a lot of promise, and we’re confident we’ll be able to develop him and help him reach his full potential with us. He’ll add to our attack and give us a great option up front that we believe can score goals in this league.”

Campana joined Wolves in 2020 and since has went out on loan to both Famalicao in Portugal and Grasshopper in Switzerland. Campana scored five goals in 23 combined appearances between his past loan spells in Europe.

He’s also been a standout for the Ecuadorian youth and senior national teams.

FC Dallas bolstered its goalkeeping options for 2022 with the loan acquisition of Maarten Paes from the Netherlands.

Paes joins FC Dallas on a short-term loan until July 2022 from Eredivisie side FC Utrecht and will occupy an international roster slot. The 23-year-old’s loan agreement also includes an option to buy.

Paes spent four seasons with FC Utrecht and has appeared in 48 matches for the club. He started his soccer career at VV Union before rising through the ranks of NEC Nijmegen’s academy between 2012-16.

Paes has been called up to the Netherlands youth national teams in the past, representing both the under-19 and under-21 teams. He joins Jimmy Maurer and Alec Smir on the first team heading into preseason camp.

Will Bruin and Alex Roldan will return to the Seattle Sounders in 2022 after signing new contracts on Thursday.

Bruin, 32, signed a one-year deal and next enters his 12th MLS campaign in whole. Seattle’s roster now stands at 26 players heading into the 2022 MLS season.

Roldan signed a three-year contract, which will carry through the 2024 MLS season. The El Salvador international delivered a breakout campaign for the Sounders in 2021, registering 29 regular season appearances for the club.

The Sounders suffered an early exit from the MLS Cup Playoffs in 2021.