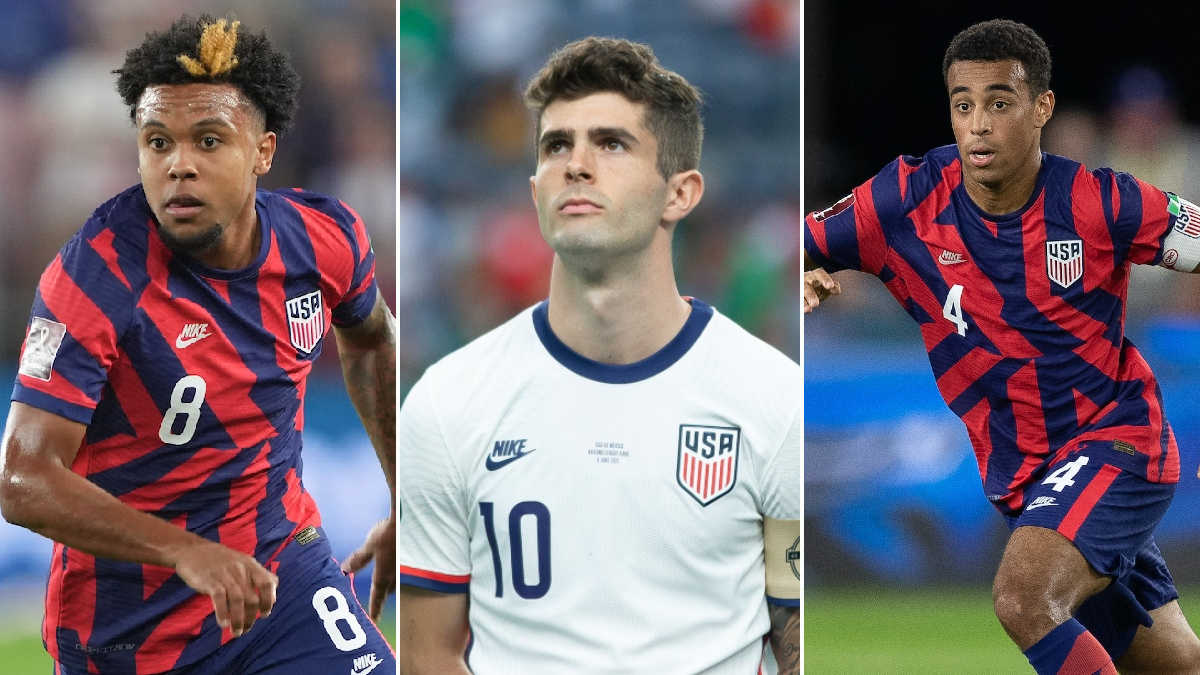 The U.S. men’s national team returns to World Cup qualifying action in less than two weeks, and the trio of upcoming matches will give the Americans a golden opportunity to climb within striking distance of the World Cup berth they so desperately crave.

Two home games against two of the teams near the bottom of the Octagonal standings gives Gregg Berhalter a great chance to help his team secure at least six points in the next window, with seven or nine points also possible if the Americans can knock off current Octagonal leaders Canada.

There are challenges in the upcoming window, though, including the reality that the USMNT’s MLS-based contingent isn’t in-season, which will give Berhalter some difficult decisions to make.

It is a safe bet the USMNT will continue to lean on its European-based contingent, but we shouldn’t expect the MLS-based players to suddenly be put on the bench. At least not all of them.

There is also the matter of squad rotation, and while the memories of the disappointing loss in Panama in October will surely resonate as Berhalter plots out his plan for personnel across three matches, we are still very likely to see major changes at some point in the three-match window.

Here is the 27-player roster we could see Berhalter calling up for the January/February World Cup qualifiers:

No change to this group, with Ethan Horvath still not earning minutes at Nottingham Forest. Zack Steffen’s hold on the starting spot should remain secure, though you wonder if Berhalter will consider starting Turner for one of the three matches.

Will John Brooks make his return to the USMNT fold? Based on form, the Wolfsburg defender absolutely should be one of the four or five central defenders called in, but only Berhalter knows what he has planned for the upcoming window. MLS not being in-season should lead to a limiting of MLS central defenders to Miles Robinson and Walker Zimmerman, with Aaron Long unlikely to be ready to contribute just yet.

We include James Sands in this group due to his versatility, and with the caveat that he only earns the call if Berhalter brings in a larger-than-normal squad into camp. Sands has joined Scottish giants Rangers, so he should be fit and ready to go for the upcoming qualifiers if he gets the call.

At fullback, Sergiño Dest hasn’t played in more than a month, but Berhalter has gone on record saying he isn’t worried about the Barcelona fullback’s availability. DeAndre Yedlin has fallen out of favor at Galatasaray and hasn’t played in a month either, which opens the door for Reggie Cannon to return. Cannon is starting regularly for Boavista, and

Joe Scally is coming off a bout with COVID-19 and only recently returned to action for Borussia Moenchengladbach, which will likely keep him behind the established veterans already in the fullback mix, but if Berhalter decides to bring a fifth fullback, Scally’s versatility could earn him a spot.

The usual suspects should get the call in midfield, though you wonder whether Berhalter will consider going with fewer than three MLS-based central midfielders and turning to someone like Luca De La Torre, who is currently in the middle of his season and more match-fit than someone like Cristian Roldan.

Tanner Tessmann is an interesting option. He has seen his playing time increase at Venezia, and his qualities as defensive midfielder make him a good alternative if Tyler Adams or Kellyn Acosta were not available. Acosta’s experience edge keeps him in the squad even though he isn’t in-season.

The big questions here are whether Gio Reyna makes the trio and which striker/strikers will join Ricardo Pepi in camp. The Reyna decision isn’t an easy one because he hasn’t played in more than four months, and Berhalter couldn’t be blamed for not wanting to rush him back. Bringing him into camp to be around the squad and to continue his rehabilitation wouldn’t be a bad move, but actually playing him in the upcoming qualifiers when he will not have featured yet for Borussia Dortmund would be a questionable move.

Another question to ponder is whether Tim Weah will be ready to contribute in the upcoming qualifiers. He only recently returned to action for Lille after missing more than a month with a thigh injury, and while we didn’t initially have Weah listed, his return to the field this week would give him time to be part of Berhalter’s setup so we have added him as a 27th player.

As for as striker goes, Daryl Dike has completed his move to West Brom and is in-season, making him a good option to pair with Pepi, but will Berhalter take the opportunity to bring Josh Sargent back into the fold? Sargent has been earning regular playing time for Norwich City, but he is still searching for his first Premier League goal. It wouldn’t be a bad time to bring him back into the mix.