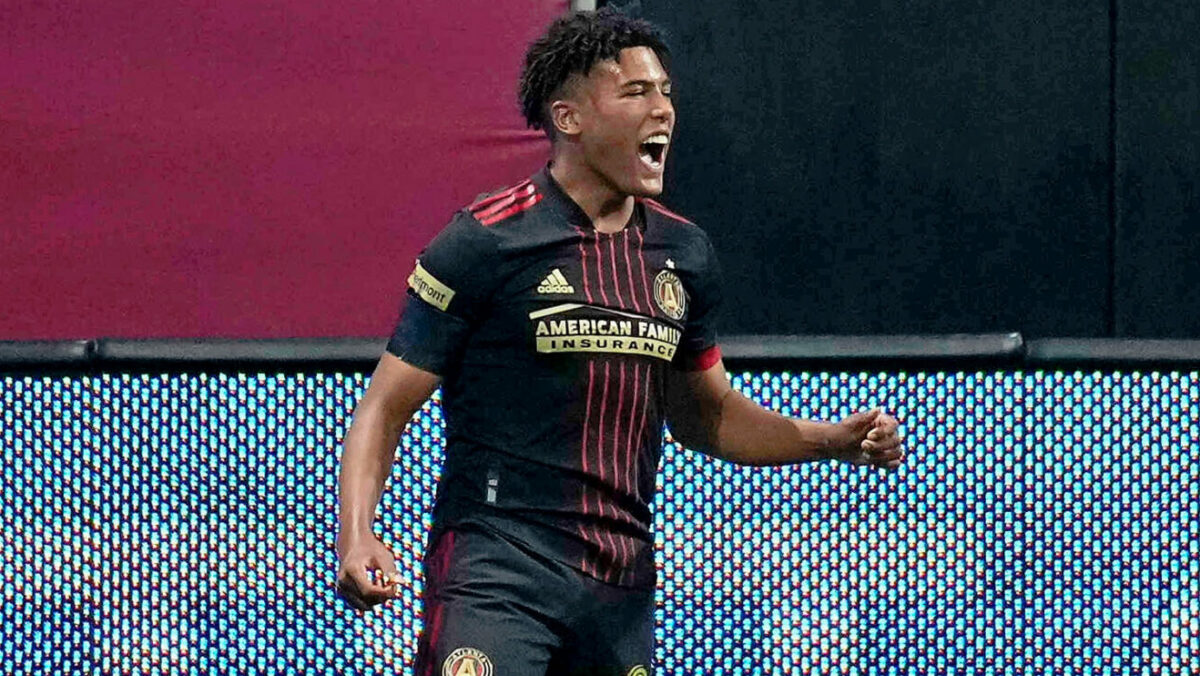 Caleb Wiley may only be one month into his Homegrown contract with Atlanta United, but the young defender looked like an experienced professional in his first team debut on Sunday afternoon.

Wiley iced the Five Stripes 3-1 home victory over Sporting Kansas City, scoring his first senior goal for the club in the final moments of the match. The 17-year-old came off of the bench and featured as a winger in the remaining 15 minutes at Mercedes-Benz Stadium, capping off an important season-opening victory for Gonzalo Pineda’s squad.

A left-back by trade, Wiley raced onto an upfield pass from fellow substitute Marcelino Moreno, before tapping a shot past an onrushing Tim Melia. It was the final nail in the coffin for SKC’s slim comeback hopes and the perfect start to Wiley’s first-team career.

“It just shows how much love I have for this city and this club,” Wiley said postmatch. “They’ve given me so much. So it’s just a way of giving back. And I said, I mean, it was a huge special moment for me to do it in front of these amazing fans, friends and family.

“I mean, being asked to warm up early minutes of the game, and then I’m back and forth,” Wiley said. “So my emotions were definitely going up and down. But I had a feeling that I was going to go in toward the end. So I was just mentally preparing for it.”

Wiley will now fight with Andrew Gutman for minutes at left back this season, as the Eastern Conference club tries to replace George Bello who was transferred to Bundesliga side Arminia Bielefeld earlier this winter. His confident finish in front of goal will give Wiley confidence going into the long-haul of the MLS season and he already has the support of his head coach to have a great career if he puts it all together as a player.

“He has all the ingredients to have a great career,” Pineda said about Wiley. “It’s easy to debut players. It’s a lot different to turn them into big-time players.”

For now, Wiley will celebrate his goal and debut and Atlanta United will celebrate a first victory of 2022. Up next for the Five Stripes is a road trip to Colorado to take on the Rapids on March 5.