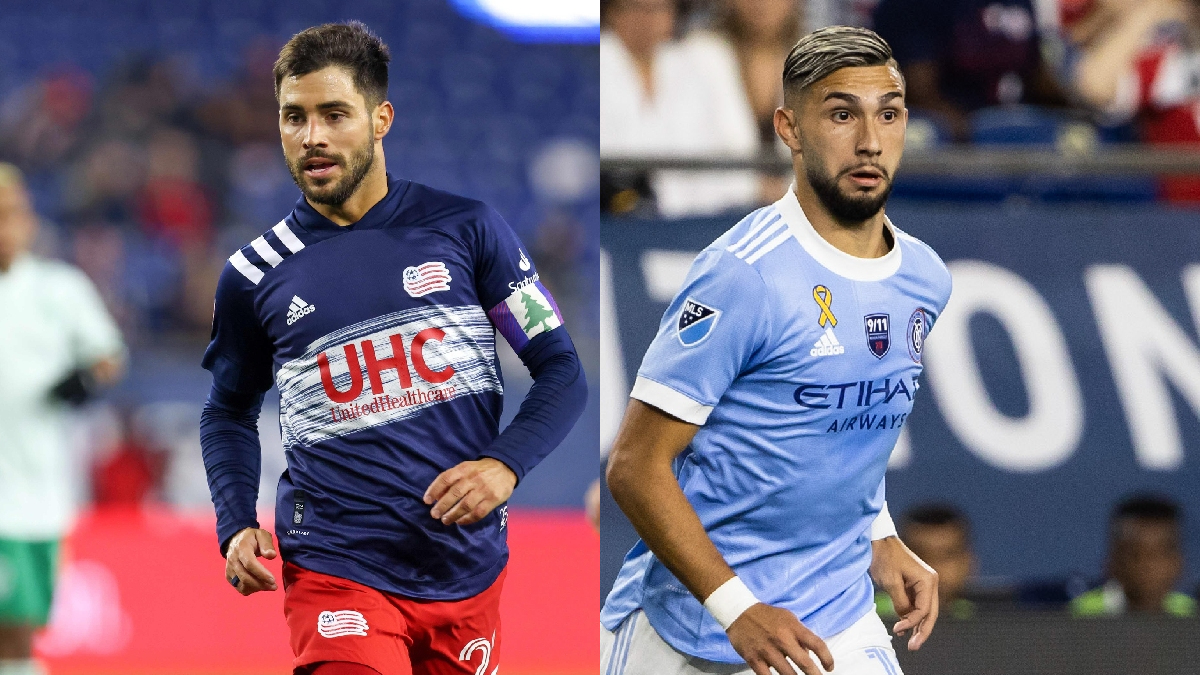 The tournament had yet another all-Mexican final in 2021, which Monterrey won over Club America. The Philadelphia Union were the last MLS team standing last year, falling to Club America in the semifinal.

The 2022 CCL brings in a new group of teams. Cruz Azul is the most recent champion vying for the title this year, having previously won in 2013-14. Cruz Azul and UNAM Pumas are enjoying positive seasons so far in the Liga MX Clausura. Club Leon and Santos Laguna also figure to be contenders out of Mexico.

The CCL will be a first look at a NYCFC team that has retained many pieces from its MLS Cup winning run. It will also be an opportunity to see a retooled New England Revolution roster. CF Montreal offers the first crack at an MLS vs. Liga MX matchup with its matchup against Santos Laguna.

As for the Western Conference, the Colorado Rapids enter the knockout stages facing Guatemalan side Comunicaciones, which qualified by winning the 2021 Concacaf League. The Seattle Sounders are set to face Honduran side Motagua on Thursday night.

The first legs of these ties will be spread throughout this week, with the second leg following midweek of next week. Many MLS teams are in the late stages of preseason, while Liga MX clubs are five matches into the Clausura schedule.

Here is a look a look at the upcoming matchups in the CCL knockout stages for the five MLS participants.

Santos de Guapiles is new to the CCL and will be in for a difficult outing against an NYCFC team that won MLS Cup with its explosive offense. NYCFC made the quarterfinals of the CCL back in 2020.

NYCFC improved its back line with the signing of 26-year-old centerback Thiago Martins. The club also retained playmaker Maxi Moralez and kept Valentin “Taty” Castellanos amid reports of European and Brazilian interest this winter.

Santos Laguna and CF Montreal supply the first MLS vs. Liga MX matchup in CCL this year. Santos Laguna sits last in the Liga MX Clausura with one point through five games.

Canadian Championship winner CF Montreal enters this matchup coming off a productive offseason. The club added Alistair Johnston to its back line and another versatile defender in Gabriele Corbo from Bologna.

The Rapids qualified for the CCL as Western Conference regular season champions. The club’s roster is mostly intact from last season, save for a big loss in Cole Bassett, who secured a loan to Dutch club Feyenoord. Centerback Auston Trusty has secured his own transfer to English Premier League side Arsenal, but won’t leave until the summer.

The Rapids would earn their best showing in CCL yet with a win in this tie. They made the Round of 16 in 2018.

The Sounders made the CCL this year by being the top-ranked American club not already qualified. The Sounders turned in an excellent regular season in 2021. They also enter the season with few injuries and having locked up some key pieces to the squad with contract extensions. Midfielder Nico Lodeiro appears back to full health after struggling with injuries for much of 2021.

The Sounders may be without Nouhou, who did not travel with the team to the final stage of preseason in Palm Springs, California. Sounders coach Brian Schmetzer said he’s working out some tactical changes the Sounders could make early in the season. A 4-2-3-1 is likely to be one system in play for Schmetzer.

Motagua is fourth in the Honduran league through five games, and the team is riding a four-game league unbeaten streak. Jack Jean-Baptiste has led the club’s attack early on this season, with two goals.

Cavaly AS vs. New England

This game, originally scheduled for Tuesday, has been postponed to Friday because of visa issues for the Haitian team. Cavaly AS is making its first appearance in the CCL knockout stages, and will have a tall task against the Revs, who set an MLS points record last season.

The Revs come into this match following the shortest offseason in club history, so coach Bruce Arena may be cautious with the lineup he deploys.

The Revs sold Tajon Buchanan over the offseason, but added a few more veteran pieces such as Sebastian Lletget in the midfield and Omar Gonzalez at centerback. It is unclear whether those players will feature, but the Revolution figure to be well in control for this matchup. Both matches will be played at Gillette Stadium.