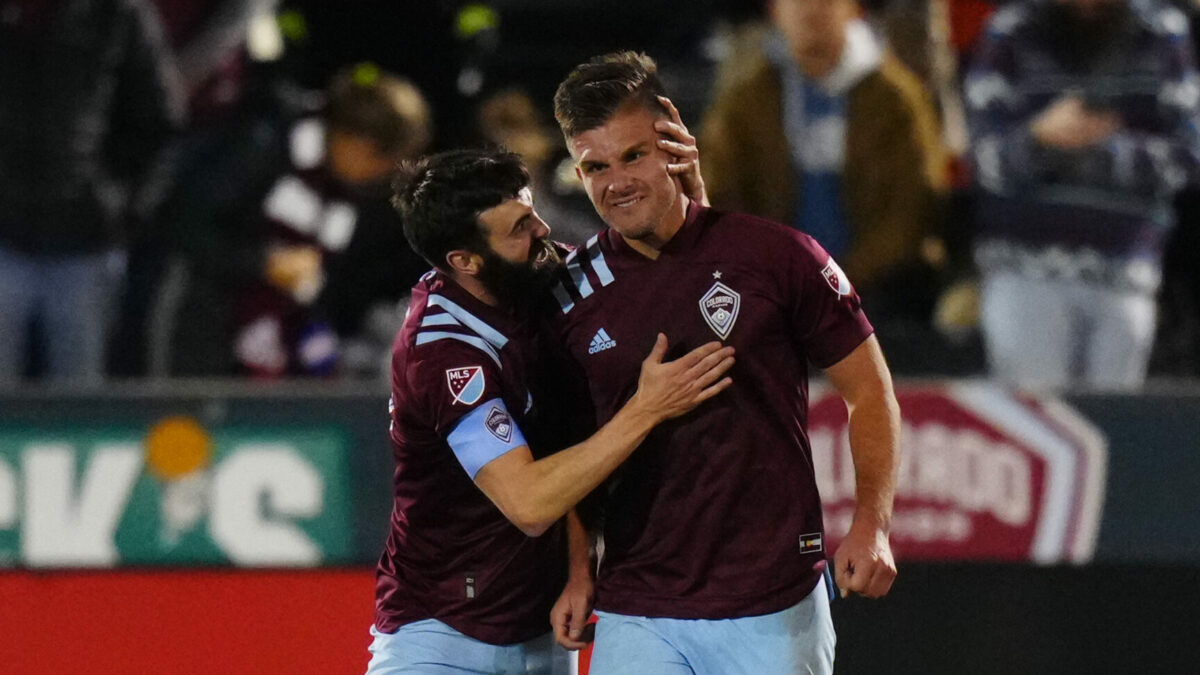 The Colorado Rapids took a major step in the right direction under head coach Robin Fraser, but to have similar or greater success in 2022, the Rapids will need to rely on others to step up with several key players gone from the franchise.

Kellyn Acosta, Cole Bassett, and Sam Vines were just three key players to leave the Rapids over the offseason, forcing a trio of openings in Fraser’s squad for this season. The acquisitions of Bryan Acosta, Max Alves, and Aboubacar Keita should help revamp the squad, but the Rapids will need its veterans to lead the way back to the MLS Cup Playoffs.

“The depth of our team was probably the strength of our team last season so if we lose players then we have guys who are ready to go, whether that is guys in the squad or new guys that have come in,” Fraser told SBI. “Bryan, Max, and Aboubacar have all done well through camp and are showing positive signs to play a part in the team this season. It will take time for everyone to gel together, but for a lot of the guys it will be about getting back to how we played last season.”

Several key starters will return to the Rapids starting lineup including midfielders Jack Price and Mark-Anthony Kaye, defenders Auston Trusty and Lalas Abubakar, and goalkeeper William Yarbrough. Yarbrough was among one of the best in MLS last season with 13 clean sheets for the Western Conference regular-season champions, while Trusty and Abubakar will look to build on a strong 2021 as a tandem.

Trusty is set to leave via transfer to English Premier League side Arsenal this summer, with Keita and Danny Wilson expected to challenge for the looming vacancy. Keegan Rosenberry will lock down the right back role for another campaign, while Lucas Estevez has continued to see more time in camp following Vines’ departure.

“He has matured so much in the last 24 months and I think it was so gratifying to see his game pick up from his days in Philadelphia to now,” Fraser said about Trusty. “For me he was one of the dominant defenders in MLS last season, his ability with the ball on his left foot, his size and age, he really has made the most of his time here. He even played some left back for us last season, so there is versatility there in him.”

Price led the team with 12 assists in 2021, not only setting up his teammates in the final third, but also doing a lot of tracking in midfield. Kaye and new arrival Bryan Acosta have the engines to do the heavy lifting in central midfield, allowing Jonathan Lewis and Michael Barrios to run free on the wings.

Dominique Badji’s departure to FC Cincinnati leaves Diego Rubio and Andre Shinyashiki as the leading strikers in the squad, a duo which combined for nine goals and six assists in MLS play last season. 20-year-old Max Alves has limited experience in Brazil over the past few seasons, but is an exciting, young option for Fraser to have on his bench.

Diego Rubio, Jonathan Lewis, and offseason acquisition Michael Barrios are also options in the top of Fraser’s 4-2-3-1 formation. Barrios and Lewis will likely play out wide, while Rubio splits time with Shinyashiki at the solo striker position.

“We have a unique group of guys, where as no two of them are the same,” Fraser said. “We hope its the case that they can be one of the top attacking units in MLS. Its been another offseason working together and I think they have continued to work to make the team as good as last season. I think it will be good to see how they work well again in 2022.”

The Rapids possess a wealth of veteran experience in the squad, a group that will need to be unified and impactful for the club to remain in contention for trophies this season.

Here is a closer look at the 2022 Colorado Rapids:

With Auston Trusty set to leave for Arsenal in the summer, Aboubacar Keita has a strong opportunity to reconnect with former teammate Lalas Aboubakar in the Rapids backline.

Keita, 21, remains a talented player and has gradually earned more playing time as his career continued. The centerback made 16 appearances for the Columbus Crew in 2021, and also appeared twice in the Concacaf Champions League.

Pressure is On: Diego Rubio

Diego Rubio has a great opportunity to lead the line for the Rapids once again this season and will need to make the most of it in order to stay there. After netting 11 goals with Colorado in 2019, Rubio has failed to reach double-digits in either of the past two seasons.

The Chilean will be fighting with Shinyashiki for the starting striker spot, but does bring the potential of goals and assists when on the field.

After excelling to new heights in 2021, Robin Fraser and his squad will have plenty of pressure to deliver a repeat showing in 2022.

Fraser has done extremely well to continue his project in Colorado, but now has to do it without several former starters. Veteran leadership is at a premium for the Rapids though, a plus to have on their side, especially with the Concacaf Champions League kicking off the schedule this week.

“This competition means a lot to us and we know no MLS team has won it so it’s like a carrot is dangling for us to take it,” Fraser said about the Champions League. “It’s good to be part of this competition and we are going to make the most of our time there and try to be the first ones to really go in and knock the door down.”

William Yarbrough overcame shaky moments in his first season in Colorado by stealing many results for the team in 2021 and will be supported by a strong backline. Trusty, Wilson, Aboubakar, and Keita are all options to start on any given day while Rosenberry remains a strong player on both sides of the field.

The offensive attack doesn’t have a marquee name to lead the way, but it has several players that can win a match on a given night. Lewis, Barrios, and Rubio will all look to create chances whether it be from themselves or by setting up their teammates.

Price’s set-piece and corner kick delivery is always a threat for the Rapids to find goals while the workrate of the Englishman paired with Kaye and Acosta will be tough for opposing midfielders to break down. The loss of Braian Galvan for 2022 due to a knee injury hurts, but Nicolas Mezquida and Collen Warner will try to be impactful when called upon.

Several young players will also be itching to get into the first team mix with Darren Yapi, Dantouma Toure, Michael Edwards and Philip Mayaka all fighting for minutes. It’s the latest group of young talents that Fraser will work with after seeing past players Vines and Bassett move to Europe.

“It’s another group of guys who are maturing and being able to earn chances, whether it’s with us, or in the USL or Europe,” Fraser said. “We had guys gain minutes with the Switchbacks or also earn chances to train in England, so it’s all new opportunities that will help them in their careers. I think all of our young guys are growing and it will help breed long careers in this league.”

The Rapids will have a target on their back after overcoming expectations and claiming the No. 1 seed heading into the playoffs. They won’t sneak up on anyone in the Western Conference, but will have added pressure to deliver a deeper playoff run after being bounced in the first round last fall.

“It’s unfinished business for us because we feel 2021 was another step in the right direction with this group,” Fraser said. “We know it’s a new season, with some new players, and some others that are gone. It’s going to be about keeping that same consistency throughout the whole season and being competitive in every game. For us, it’s about continuing where we left off.”