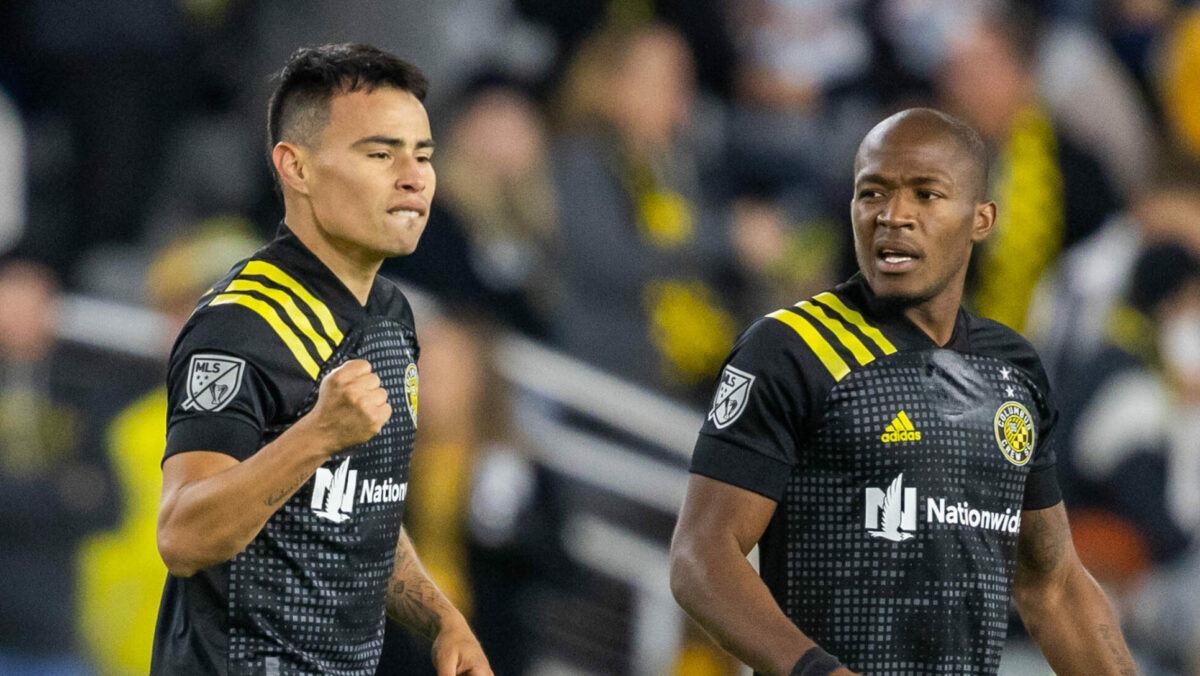 The Columbus Crew fell short of fighting to defend their 2020 MLS Cup champion status last year and missed out on qualifying for the playoffs by just one point.

In the late-season rally, Columbus did manage to capture a trophy in the form of the Campeones Cup, but it was a small prize in a year shrouded by key injuries and a stretch between July and September when it lost eight out of nine games.

Fortunately for head coach Caleb Porter and company, the 2022 Crew is set to open the campaign without any setbacks on the injury front.

“Generally speaking, obviously, going into the last game in the last day of preseason, we’re very pleased,” Porter said. “The positives are, and this is a massive positive, we’re healthy. To go through essentially five weeks of preseason and have no injuries to key players is probably the biggest positive you can have in the preseason, so we’re healthy,”

A lengthy list of defensive departures, particularly in the fullback corps, will initially see winger Pedro Santos cover the left back spot to open up the season. Santos, who primarily plays a right-winger, is not wholly unfamiliar with the position though.

“When I was younger I played there,” said Santos. “It’s a position that I know, but now I have to learn more on the defensive side and like always, giving my best to help the team. And if I need to play on a wing, I still can play. But yeah, I’m more focused on the defensive side now to be better,”

A healthy team with plenty of star power looks to have the Crew on the right track to being a contender in the East again, but there are still some fair questions with a week to go.

Did they do enough to address all of its defensive departures? Are they deep enough to stay competitive if injuries pop up again, and further, competitive in all competitions?

Here is a closer look at the 2022 Columbus Crew:

Degenek, a 27-year-old defender will line up next to Jonathan Mensah in the central defensive unit and joins Columbus in full stride after helping Australia start the year with two unbeaten matches in World Cup Qualifying.

In addition to a convincing conversation with Porter, Degenek’s buy-in is also a product of staying active and on the radar for the Aussies, who look to be Qatar bound.

“I thought this move now, before a World Cup, would be very good for me,” Degenek said. “Because I think heading, hopefully, towards a World Cup we qualify for with the national team will give me the best advantage being here playing at a very high level. Playing at a great club, great facilities, all the stadiums in the MLS are unreal.

On the club side, Degenek was most recently with Serbian side Red Star Belgrade, where he helped to win three titles and compete in UEFA competitions regularly.

Pressure is On: Gyasi Zardes

Zardes will have some competition in the striker role in 2022 after Miguel Berry’s breakout season last year. At the moment, it looks like it will be a toss-up and the projected formation probably means only one will start in most games.

“We have two good ones,” Porter said. “Two very capable strikers, but I think that one’s going to be a week-to-week decision really, which is a good problem.”

Zardes, who is also vying for a World Cup spot with the U.S. men’s national team, will need to make himself the clear first choice this season after dipping below a double-digit goal tally after being above that line the last three seasons in Columbus.

To be fair, Zardes’ limited production was in large part due to injury, but Berry shined when given opportunities and ended with eight goals on the season primarily as a backup, compared to Zardes’ nine.

The talented core of the cup-winning side from two seasons ago remains intact and should be considered as a real threat to jump back up to the elite in the East.

Crew fans already know what they have in Zardes, Lucas Zelarayán, Darlington Nagbe, Mensah, and Eloy Room. There is a bona fide star in every department with years of continuity between them. That should have them seasoned enough to improve on last year’s near-miss playoff effort.

On the flip side, there is a bit of a youth movement occurring, and you can expect to see Porter prioritize getting his youngsters some minutes.

Midfielders Aidan Morris (20) who impressed in 2020 but was sidelined with an ACL injury for nearly all of 2021, and recently elevated Homegrown Sean Zawadski (21) are looking primed to compliment Nagbe and Artur in the holding midfield.

“I love the two young boys Zawadski and Morris,” said Porter. “Love those two, they’re going to get games this year. But Artie (Artur) and Darlington (Nagbe) certainly, those guys are a different level, and Aiden and Sean are the future, right?”

As mentioned above, the fullback position is one where you can question the depth after Milton Valenzuela and Harrison Afful’s departures. 2021 newcomer Steven Moreira impressed from the right-back spot in his audition and picked up three assists in six starts. The Frenchman will likely be the go-to option there.

With Santos on the left, one could imagine he will be caretaking the role while another youth product, Will Sands (21), develops into an MLS-ready starter. In Columbus’ preseason availabilities, Sands has received high praise from Porter, Degenek, and Santos himself in the last week.

“I’m very surprised honestly. I didn’t know Will but he’s showing high quality,” Santos said. “(He) has big quality with the ball and he’s very good 1-v-1 on defense also. So, I think if he learned with the oldest guys, and if he works hard, I think he will be a very good player in the future and very good left-back because you have to have both qualities,”

Mensah and Degenek look to be the best center back pairing available, with Josh Williams and newcomer Jalil Anibaba as reliable backup options.

On the attacking end, Zelarayán does not need much of an introduction. As a playmaker and finisher, the Argentine is set for another year in the MVP conversation, whether Zardes or Berry end up being the striker.

The right wing will likely be occupied by a newcomer, though. Yaw Yeboah, a 24-year-old Ghanian international, looks to be the go-to option, with MLS veteran Derrick Etienne Jr on the left. Expect Luis Díaz to help round out the unit in substitution and occasional starts.

Of course, Eloy Room remains the unquestioned starter in goal, Evan Bush should remain the backup.

“Clearly, we have a more deep team this year than we had last year. That’s a huge positive. And I would say our team chemistry this year and our hunger overall is much more of a strength this year,” Porter said.