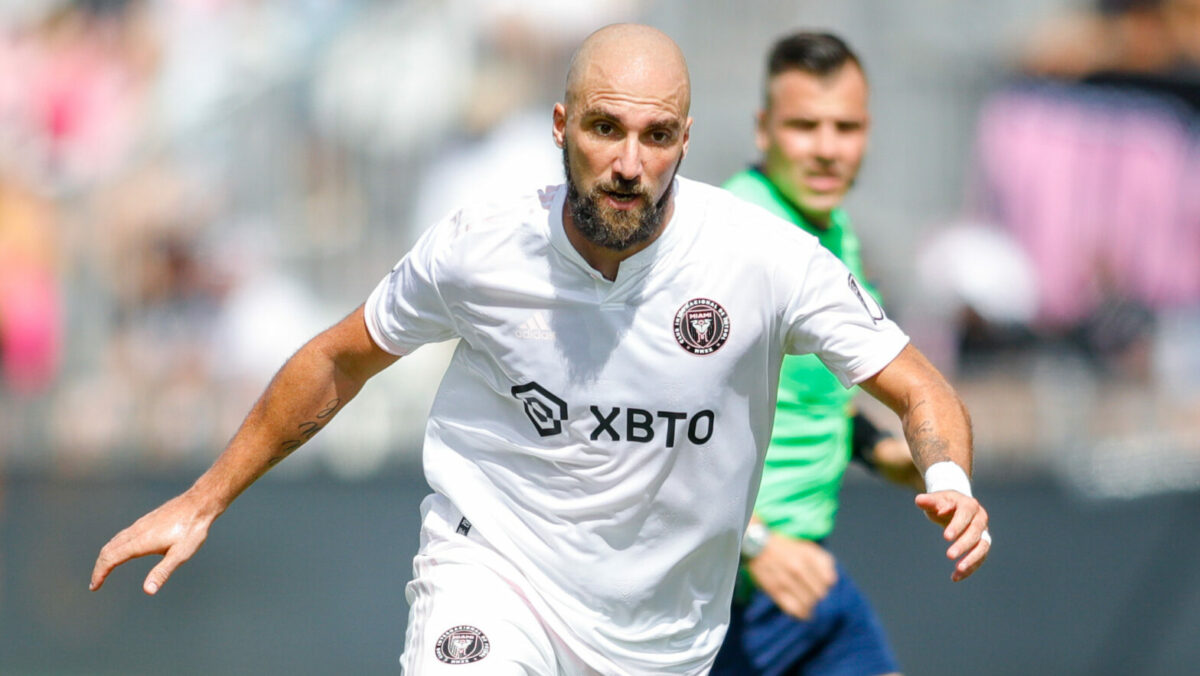 The first season under new leadership did not go as planned for Inter Miami. Far from it, in fact.

What has ensued is a drastic overhaul, one that has freshened up the roster and brought new hope to an ambitious franchise that has sputtered out of the gates in notorious fashion.

Inter Miami is headed into only its third season as an MLS franchise, but once again has undergone significant changes after a second straight subpar campaign. The South Florida side has kept head coach Phil Neville and sporting director Chris Henderson in place despite the team’s inability to make the playoffs in 2021, but has parted ways with 15 players from last year’s squad.

Rodolfo Pizarro, Lewis Morgan, and Leandro Gonzalez Pirez are just some of the notable names that are no longer part of Inter Miami, and they have largely been replaced by a younger, faster, and more athletic crop of players.

“When people talk about the turnaround of the squad, it was pretty easy to turnaround the squad,” Neville told SBI. “We had some really good guys that we let go of and we also had some guys that did not want to be here and we had to clean up the dressing room.”

Inter Miami certainly could not be accused of standing idly by this offseason. Playing a role in that were the financial sanctions that MLS slapped Inter Miami with for breaking roster rules back in 2020 when the team signed Blaise Matuidi, who is still officially on the roster despite the team’s desire to unload him and free up the Designated Player slot he occupies.

Nonetheless, Inter Miami revamped its roster and brought the average age of the team down to 24.5 years-old. While the experienced likes of DeAndre Yedlin, Damion Lowe, and Jean Mota were brought on board this winter, the majority of the offseason additions trended younger.

Ecuadorean international striker Leonardo Campana and Bolivian national team centerback Jairo Quinteros are just some of the players teaming up with returning star attacker Gonzalo Higuain and captain Gregore to try and give the Herons the types of consistent positive results that have largely alluded them to this point.

Life in MLS has gotten off to a rough start for Inter Miami, but the belief is that the pieces are now in place to get the side on track to being a much more competitive team.

“It is a new year with new players,” Higuain told SBI in Spanish. “More than 10 players have left since last year, many of whom were starters. There are new expectations, new youngsters, and new objectives.”

He might be a known commodity, but Yedlin is making his MLS return after seven years in Europe. The U.S. men’s national team right back is going to be one of the leaders in defense, and in addition to experience will provide envious speed, marauding runs forward, and threatening service to a position that has been a revolving door to this point for Inter Miami.

Pressure is on: Gonzalo Higuain

The star attacker led the team in both goals and assists last season, and is going to be counted on to perform at an equal or higher level . Higuain is the only Designated Player that Inter Miami is planning on using from the start of the campaign, and he will have to be a consistent difference-maker regardless of if he plays up top as a No. 9 or more withdrawn as a roaming No. 10.

Blowout defeats, a franchise-record losing streak, an anemic attack, and no playoff appearance. The 2021 season was a rough one for Inter Miami, with the ambitious team falling well short of the publicly stated goal of finishing as one of the top teams in the Eastern Conference.

Despite boasting a roster that was one of the most expensive in all of MLS, the South Florida side struggled mightily under new head coach Neville. There were sporadic flashes of good play and some decent runs from a results standpoint, but they were not consistent enough to warrant keeping the squad intact.

Wholesale changes were needed this winter.

Looking to address that lack of desire, Neville and his technical staff spent much of the offseason blowing up the roster. They ultimately bid adieu to 15 players — it could be 16 if the team ever comes to terms with the unwanted Matuidi — and brought in a younger group. Campana, Finnish international Robert Taylor, and Colombian prospect Emerson Rodriguez are among the additions that have been signed by Inter Miami in this clear push of the reset button.

Of course, there are a good number of returning faces. The talented but temperamental Higuain is back, and so too are tenacious midfielder Gregore, goalkeeper Nick Marsman, versatile veteran Brek Shea, grizzled English left back Kieran Gibbs, speedy winger Robbie Robinson, and others.

Higuain, however, is the star attraction. He finished with a team-high 12 goals and nine assists last year, contributing on 21 of the measly 36 goals Inter Miami scored in 2021. The 34-year-old Argentine will have to continue to produce at about that level if the Herons are to rebound with a playoff appearance this season, but the manner in which he is used might change.

While Neville has stated publicly that he prefers to have Higuain up top, the usual striker has spoken this preseason about serving as more of a playmaker in 2022. He has made good on that word, too, as he has dropped deep and roamed about the field in several of his exhibition appearances in recent weeks.

“I have talked to the coach about the idea,” Higuain — who also changed his jersey number from 9 to 10 this winter — told SBI in Spanish. “I think we will see it.”

Wherever the Designated Player is deployed, he is far from the only player that will have to deliver in the final third. Inter Miami struggled on attacking set pieces and for goals in general last year, and needs the likes of Campana, MLS veteran Ariel Lassiter, and new centerback Christopher McVey to chip in with their share of finishes in order to ease the load off Higuain.

In terms of style of play, these young Herons may not end up being the most attractive. They have used a five-man back line throughout preseason, and the team’s overall profile seems to be that of a more direct and counterattacking side.

How far that can take Inter Miami in the Eastern Conference is to be determined. Patience is a word that has been used by members of the team this winter, but the ambition from top-down remains.

Yes, much of the squad has changed, but the lofty goals have not.