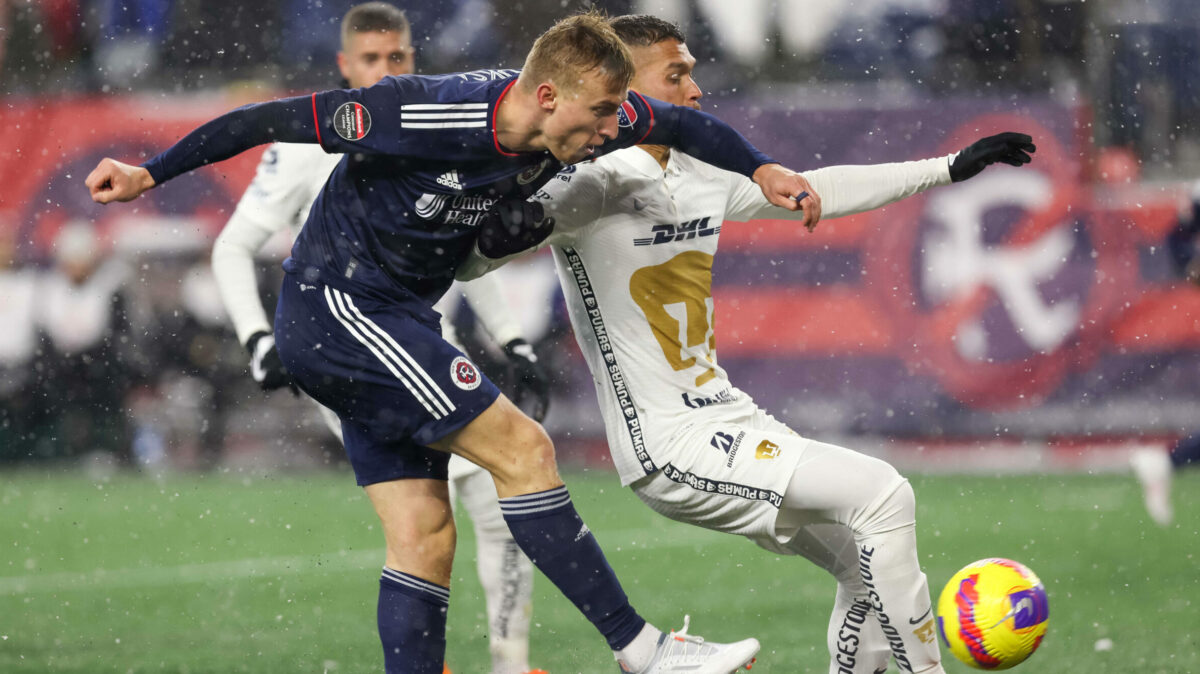 Meanwhile, CF Montreal lost 1-0 in the first leg against Cruz Azul. The result could be seen as a positive, given the altitude at Azteca and the opposition, but Wilfried Nancy’s side still have plenty of work to do in the return leg.

The quarterfinal first legs wrap up with excellent results for MLS teams, with the Sounders and Revolution each winning 3-0 against Mexican opponents. New York City FC also heads into the second leg of the quarterfinals with a 3-1 advantage.

Look back on Wednesday night’s action in CCL.

The New England Revolution shocked the region with a dominant performance in snowy conditions. The Revs held Pumas to only three shots on goal as Adam Buksa scored twice in the second half, tacking on his second in the second minute of stoppage time for extra insurance heading into the second leg.

Buksa scored the stoppage-time goal with a neat finish after a far-post run. His first goal came in the 72nd minute as he finished off a rebound of his own blocked shot.

Earl Edwards Jr., standing in at goalkeeper for the injured Matt Turner, stopped Pumas’ best scoring chance with an athletic close-range save.

The Revolution will feel comfortable heading into the second leg of this match, but the explosive Pumas squad scored four goals against Saprissa in the home leg of the previous round. The Revs’ defense excelled in this game with Omar Gonzalez standing in for the injured Henry Kessler.

CF Montreal came from behind in the previous round to send Santos Laguna out of CCL. Now, the Canadian club must do the same against Cruz Azul in the quarterfinal.

Cruz Azul dominated the run of play in this game, generating 12 shots with two on goal. Montreal stayed the course all 90 minutes, but didn’t record a single shot.

Montreal provided arguably the best match yet in CCL in the previous round’s second leg, with a 3-0 takedown of Santos Laguna to qualify for the quarterfinal. Wilfried Nancy’s squad will need to replicate that performance. The club should take some confidence from the fact it didn’t get unstuck at Azteca.